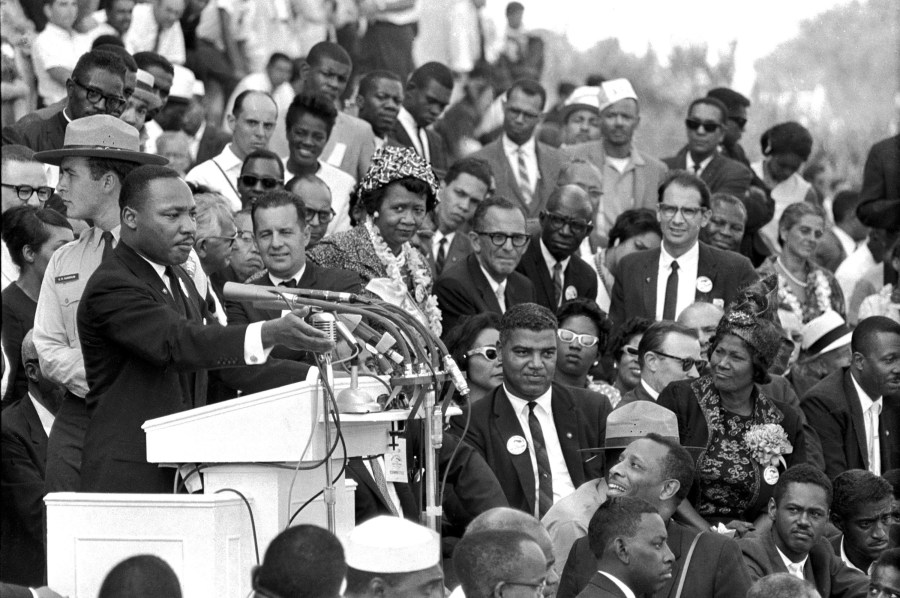 The bobblehead, which is officially licensed through the estate of Dr. King, features the civil rights leader standing at the podium delivering his iconic “I Have a Dream” speech and includes audio clips of the famous speech. The bobblehead release comes as the nation celebrates Dr. Martin Luther King, Jr. Day today, January 16, 2023.

The special edition bobblehead is being produced by the National Bobblehead Hall of Fame and Museum in conjunction with the estate of Dr. Martin Luther King, Jr.

Dressed in a dark suit, the Dr. King bobblehead is standing at a podium in front of multiple microphones. The bobblehead base bears his name along with the date August 28, 1963 – the date Dr. King delivered his “I Have a Dream” speech during the March on Washington. Each bobblehead is individually numbered to 19,630 and they are only available through the National Bobblehead Hall of Fame and Museum’s Online Store. The bobbleheads, which are expected to ship in April, are $40 each plus a flat-rate shipping charge of $8 per order.

On August 28th, 1963, on the steps of the Lincoln Memorial in Washington, D.C., the African American civil rights movement reached its high-water mark when Martin Luther King, Jr. delivered his “I Have a Dream” speech to about 250,000 people attending the March on Washington for Jobs and Freedom. The peaceful rally was the largest gathering for civil rights of its time. The demonstrators came together to demand voting rights and equal opportunity for African Americans and to appeal for an end to racial segregation and discrimination.

With a statue of Abraham Lincoln towering behind him, Dr. King was the last speaker among the civil rights leaders on hand. “I have a dream,” he boomed to the crowd, which stretched from the Lincoln Memorial to the Washington Monument. “that one day this nation will rise up and live out the true meaning of its creed: ‘We hold these truths to be self-evident: That all men are created equal.’ I have a dream that one day on the red hills of Georgia the sons of former slaves and the sons of former slaveowners will be able to sit down together at the table of brotherhood. I have a dream that one day even the state of Mississippi, a state sweltering with the heat of injustice, sweltering with the heat of oppression, will be transformed into an oasis of freedom and justice. I have a dream that my four little children will one day live in a nation where they will not be judged by the color of their skin but by the content of their character. I have a dream today.”

Dr. King ended his stirring 16-minute speech with: “When we allow freedom ring, when we let it ring from every village and every hamlet, from every state and every city, we will be able to speed up that day when all of God’s children, Black men and white men, Jews and Gentile, Protestants and Catholics, will be able to join hands and sing in the words of the old Negro spiritual, ‘Free at last! Free at last! Thank God Almighty, we are free at last!’” Dr. King’s actions helped get the Civil Rights Act of 1964 passed, which outlawed several types of discrimination. He later was awarded the Nobel Peace Prize in 1964.

Comedian shot by husband of woman he was having affair with: court docs

“We are proud to release the first talking bobblehead of Dr. Martin Luther King, Jr. as we commemorate his life and legacy on MLK Day,” National Bobblehead Hall of Fame and Museum co-founder and CEO Phil Sklar said. “Dr. King is one of the most frequently requested when it comes to bobbleheads, and we’re thrilled to team up with his estate to provide people with the opportunity to honor and celebrate his life with this bobblehead.”

An Unashamedly Stupid Action Sequel Goes Over the Top on Streaming

Why You Should Apply Pressure on Yourself to Succeed