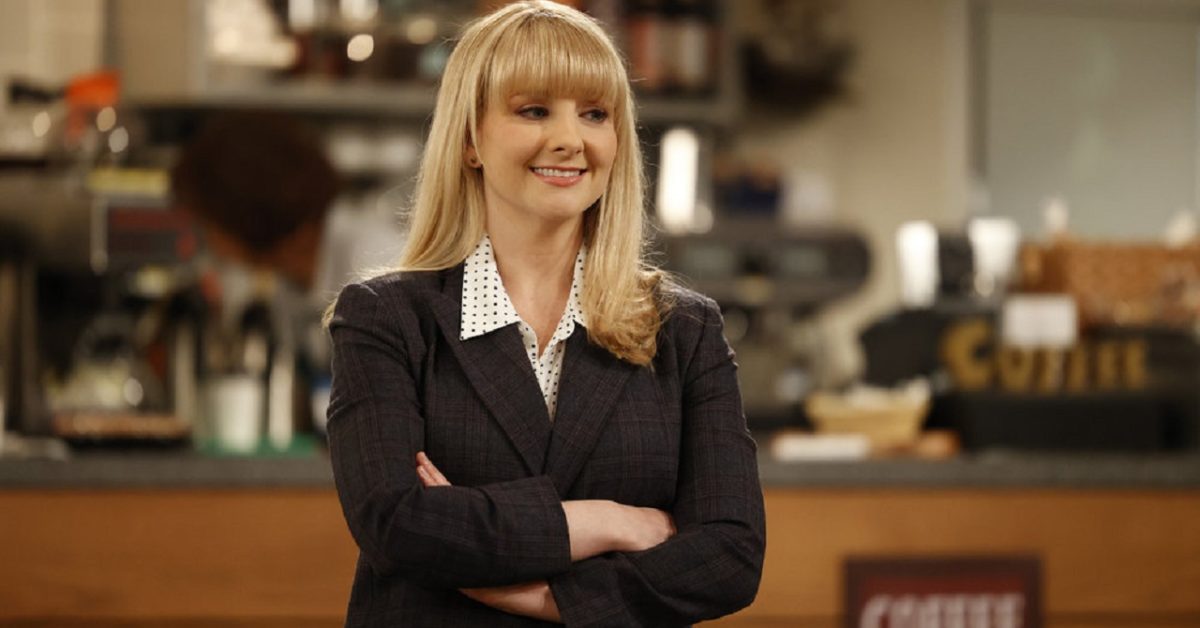 While we’re still waiting to see what the final numbers will be on the two-episode debut of series star & EP Melissa Rauch, co-star/EP John Larroquette & writer/EP Dan Rubin‘s sequel series to Reinhold Weege‘s classic popular sitcom Night Court once delayed viewing is factored in, it’s already safe to say that well over 7 million folks were interested in seeing what Rauch’s Judge Abby Stone and Larroquette’s Public Defender Dan Fielding had to offer. So, before we look at the preview images for S01E03 “Just Tuesday,” we’ve got a video message from one of the original series’ stars, Marsha Warfield, to pass along.

Warfield played Bailiff Rosalind “Roz” Russell in the original series over the course of six seasons (Seasons 4–9) and was at The Comedy Cellar in Las Vegas while the show was airing. But that didn’t keep her from sharing some kind words & congratulations, especially to her old co-star, Larroquette:

NBC’s Night Court: What We Know…

The eternally optimistic Abby Stone follows in the footsteps of her revered late father, Judge Harry Stone, as she takes on the challenge of overseeing the night shift of a Manhattan arraignment court.

Abby always sees the best in people, and her passion for justice is undeniable. In her quest to bring order and dignity to the court and reign in its colorful crew of oddballs, she enlists former night court district attorney Dan Fielding to serve as the court’s public defender. Still exceedingly self-confident, Fielding must adjust to a new boss and a new job – defending the downtrodden. And, beneath his arrogant demeanor, there is an empathetic side to Fielding that Abby is determined to unearth.

They both must contend with Olivia (India de Beaufort), the court’s officious assistant district attorney. Driven and ambitious, she views the night court as a stepping stone on her way to bigger things. Neil (Kapil Talwalkar) is the court’s neurotic clerk who loved that his job came with low expectations. That is until a new idealistic judge showed up looking to push him out of his comfort zone.

Rounding out the staff is Donna “Gurgs” Gurganos (Lacretta), the night court’s sharp-witted bailiff. Gurgs takes her job very seriously and is fiercely protective of her night court colleagues. Nikolai (Dimiter Marinov) is the court’s maintenance man. A staple character within the building, Nikolai pops up in the day-to-day lives of the crew. He’s a mystery to everyone around the courthouse (and he likes it that way). The season’s guest stars include Melissa Villaseñor, Faith Ford, Pete Holmes, Kurt Fuller, Stephanie Weir, Lyric Lewis, Johnny Weir, and Tara Lipinski.

Season 1 Episode 3 “Just Tuesday”: After Abby makes a mistake in the courtroom, she decides to adopt an all-business approach to get things back on track, but her new style catches everyone off-guard. Directed by Anthony Rich and written by Mathew Harawitz, here’s a look at the preview images for S01E03 “Just Tuesday” (followed by a look at what’s to come):

Season 1 Episode 4 “Dan v. Dating”: With Abby’s encouragement, Dan attempts to get venture back into the dating world, but reigniting his love life proves more complicated than he anticipated. Gurgs and Olivia search for a new office and find something they weren’t expecting.

Season 1 Episode 5 “Justice Buddies”: Gurgs’s tween nephew and some of his fellow students visit the court for a school project. Things get out of hand for Abby, Dan, and the night court team when the kids reveal their true motive is to grind the wheels of justice to a halt.

Season 1 Episode 6 “Blood Moon Binga”: A blood moon brings out some of the weirdest cases New York City has to offer, along with a surprise visitor: Abby’s mom (guest star F*** F***), who is carrying some long-kept secrets. Gurgs suspects Dan knows more than he’s letting on, while Olivia and Neil stumble on the truth.

Season 1 Episode 7 “Marathon-thon-thon-thon-thon”: When Abby’s fiancé, Rand (guest star P*** H*****), learns she is struggling to connect with Olivia, he encourages Abby to embrace a side of herself she rarely shows. Dan and Gurgs team up to save his favorite thing in the courthouse: a bench.