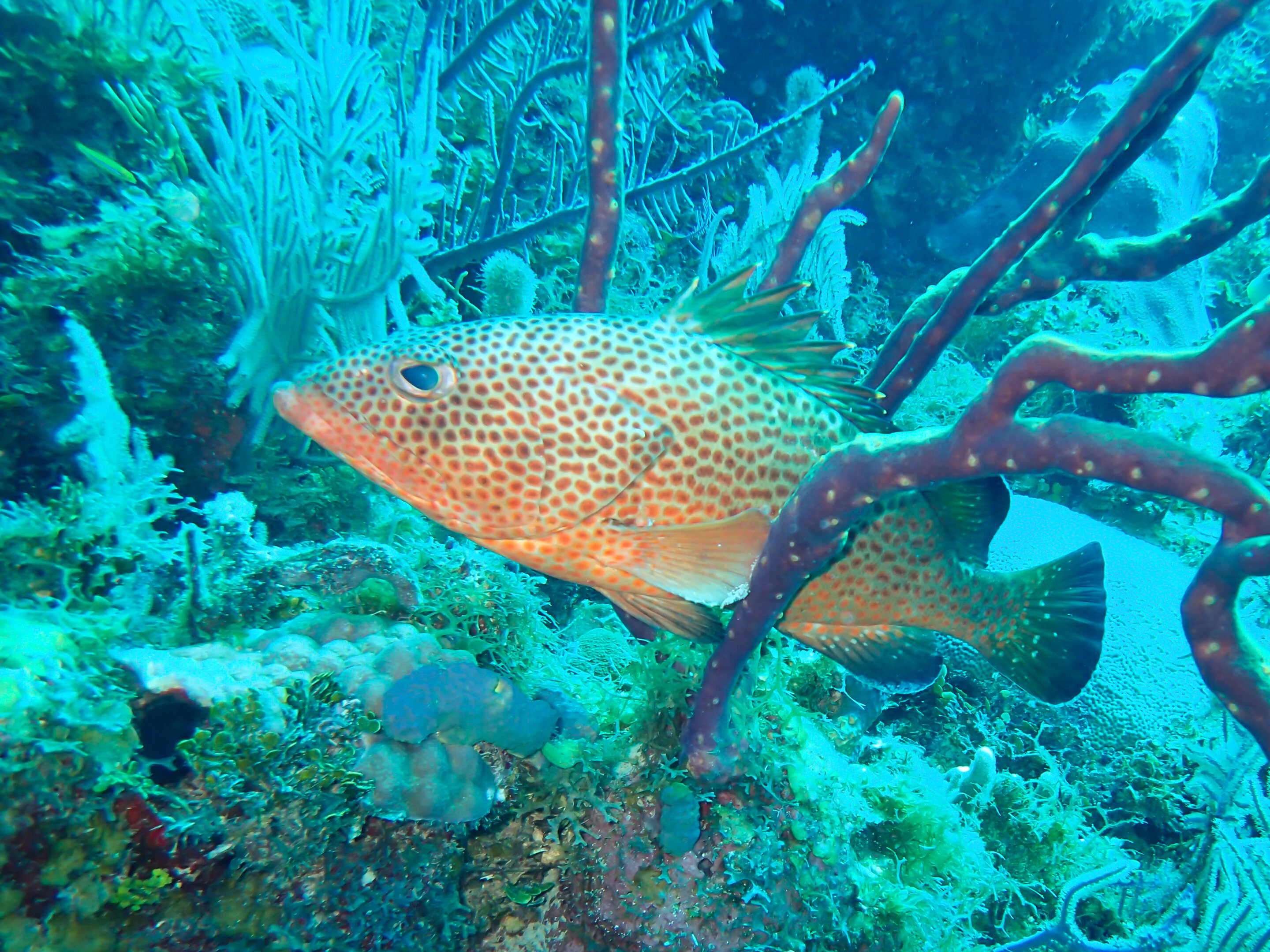 In a study just published in Frontiers in Marine Science, researchers at Oregon State and the University of the Virgin Islands found that the fishing restrictions at the location they studied helped lead to a more than 35% increase in average fish size and the recovery of the population to a benchmark considered sustainable for many fish species.

Globally, more than 200 species of marine fishes, including red hind, reproduce by forming spawning aggregations at specific times and locations. The predictability of these mass spawning events makes the aggregations susceptible to intense fishing pressure.

Locations of many fish spawning aggregations in the Caribbean have been known and fished for decades. This has led to population collapse of several important species, including red hind, which are an important source of income and food for local people.

By the late 1980s, the red hind population at a spawning site near St. Thomas, U.S. Virgin Islands showed signs of decline with a decrease in average fish length and an extremely skewed ratio of females to males because fishing disproportionately removed the larger males.

This led fisheries managers in 1990 to establish the Red Hind Bank Marine Conservation District to protect the fish spawning site by seasonally closing the area to fishing during the months of peak spawning activity (December through February). In 1999, the district was permanently closed to fishing.

The just-published research focused on that spawning site. The scientists used historical data collected by other researchers between 1988 and 2009 and gathered their own data during several trips to the U.S. Virgin Islands between 2018 and 2020.

During those trips the researchers caught, measured, and released 1,203 red hind. The mean size of the fish they caught was almost 16 inches, more than four inches longer than the mean size reported from data from 1988-89. Meanwhile, the female to male ratio at the spawning aggregation became less skewed over time.

By a measure known as spawning potential ratio, the red hind are now at a benchmark considered sustainable for many fisheries, the researchers note, but that does not mean that continued recovery is guaranteed.

“To me the take home message is this management measure worked, but it also means this management measure is currently working, so at this point in time let’s keep it the way it is,” said Scott Heppell, a co-author of the paper who is a professor in the Department of Fisheries, Wildlife, and Conservation Sciences at Oregon State in Oregon State’s College of Agricultural Sciences.

The recovery of the red hind population at the spawning aggregation site is due in part to management decisions, fishers adhering to closures and long-term monitoring.

“The Marine Conservation District is a conservation success due to the participation of people from many different sectors,” Rosemond said. “I think management agencies and fishers would be excited to know that their work and potential sacrifices, like not fishing in closed areas, have paid off.”

Big Tech is turning is back on the leap second