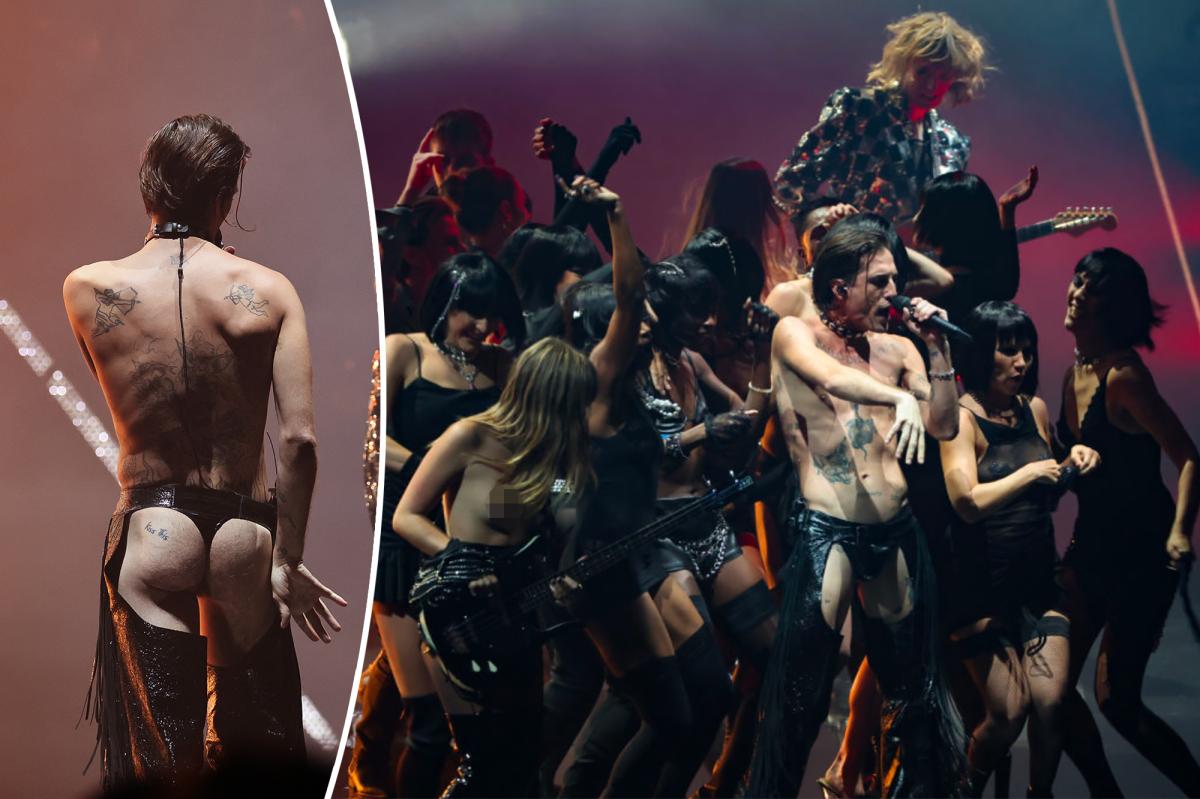 Damiano David’s ass-less chaps were about all TV viewers saw of Måneskin’s “Supermodel” performance at the MTV VMAs 2022 Sunday night after a wardrobe malfunction.

Just a few seconds into their performance, the network cut away to a visual of empty seats for about 40 seconds after their bassist top appeared to fall off, causing her breast to be fully exposed.

According to photos, Victoria De Angelis had moved to the front of the stage as a crowd of dancers surrounded the band.

However, as everyone jumped and danced, her top pooled around her waist, completely exposing her.

But, because the show must go on, the 22-year-old simply kept playing the bass, which caused the cameras to turn away from the band.

Fans, who had no knowledge of the wardrobe malfunction, immediately turned to Twitter to express confusion — and disappointment — with MTV’s creative decision.

“kinda f–ked that you cut them off just bc [sic] vic’s top,” observed another. “you didn’t even change the camera to the other three members just fully censored them. unfair.”

While the in-person audience could see the Italian rock band’s performance, viewers at home were treated only to David’s spicy pants choice as he gyrated his hips throughout the performance.

“We see you, @thisismaneskin! ???? #VMAs,” MTV News tweeted alongside of Damiano’s booty shake.

Denial of responsibility! My droll is an automatic aggregator of the all world’s media. In each content, the hyperlink to the primary source is specified. All trademarks belong to their rightful owners, all materials to their authors. If you are the owner of the content and do not want us to publish your materials, please contact us by email – [email protected]. The content will be deleted within 24 hours.
BoobsbreastsMTVvmasvmas 2022wardrobe malfunctions
0
Share