Mandana Karimi Twerks In A Burqa, Faces Heat From Netizens As One Says “Being A Muslim You’re Making Fun Of Hijab, Shame On You…” 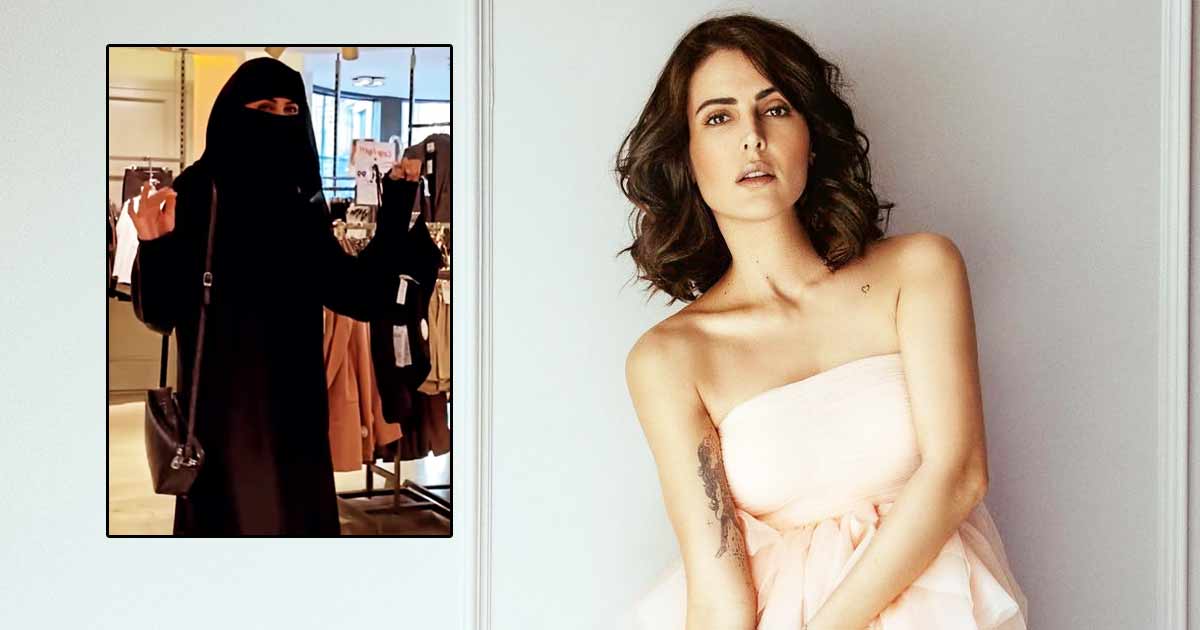 Iranian beauty Mandana Karimi who was last seen in Alt Balaji’s controversial show Lock Upp season one (hosted by Kangana Ranaut) has now landed herself in some deep trouble on social media. The Bhaag Johnny actress who enjoys a massive fan following of 1.1 million followers on Instagram has now offended quite some of them.

Mandana is now being brutally slammed by netizens on social media and the reason for it is the latest video she uploaded. The video has managed to hurt the religious sentiments of the netizens which led to the outrageous trolling. Below is everything you need to know!

Recently a behind-the-scenes video from Mandana Karimi’s special project was posted on the actress’s social media account. The said video featured the actress wearing a burqa and was with a few people inside a shopping center. Later in the video, we see the actress dancing around and even twerking while wearing the burqa. Captioning the post, Mandana said, “I wish shooting with a hijab was as easy as this BTS NO HATES just bunch of people making a film.”

Netizens on social media were on her tail from the very next minute, putting out the troll and hate comments on the actress. One user said, “Making fun of your on religion just because of few €£$”. Another user said, “Sharam kar gandi orat apne islaam ka mazak bana rehi hai”. One user wrote, “Have been following you but im afraid, unfollowing you now.. Not that it would make a difference to you.. You would’ve danced but TWERKING.. Disgraceful”. While one user wrote, “You should be ashamed of yourself.. being a muslim you are making fun of hijab shame on you i think you know that how disrespectful act you did”, another user said, “I you wanna do such things do f##kn things without wearing burkha. Respect it no body stoping you for such things but have some sense”.

Meanwhile, Mandana Karimi was last seen in the Netflix special Thar. The movie was directed by Singh Chaudhary and showed a story of a veteran cop who gets an opportunity to prove himself after a murder conspiracy that strikes the town. The movie stars Mandana alongside Anil Kapoor as Inspector Surekha Singh, Fatima Sana Shaikh as Chetna, Mukti Mohan as Gauri, and Harshvardhan Kapoor as Siddharth Kumar, Satish Kaushik as Bhure, and many more.

The post Mandana Karimi Twerks In A Burqa, Faces Heat From Netizens As One Says “Being A Muslim You’re Making Fun Of Hijab, Shame On You…” appeared first on Koimoi.

The Rise of Gru’ Screenings

Boy, 3, dies after falling off 29th floor of Manhattan…

Juan Soto to Be Re-Evaluated After Exiting Marlins vs.…