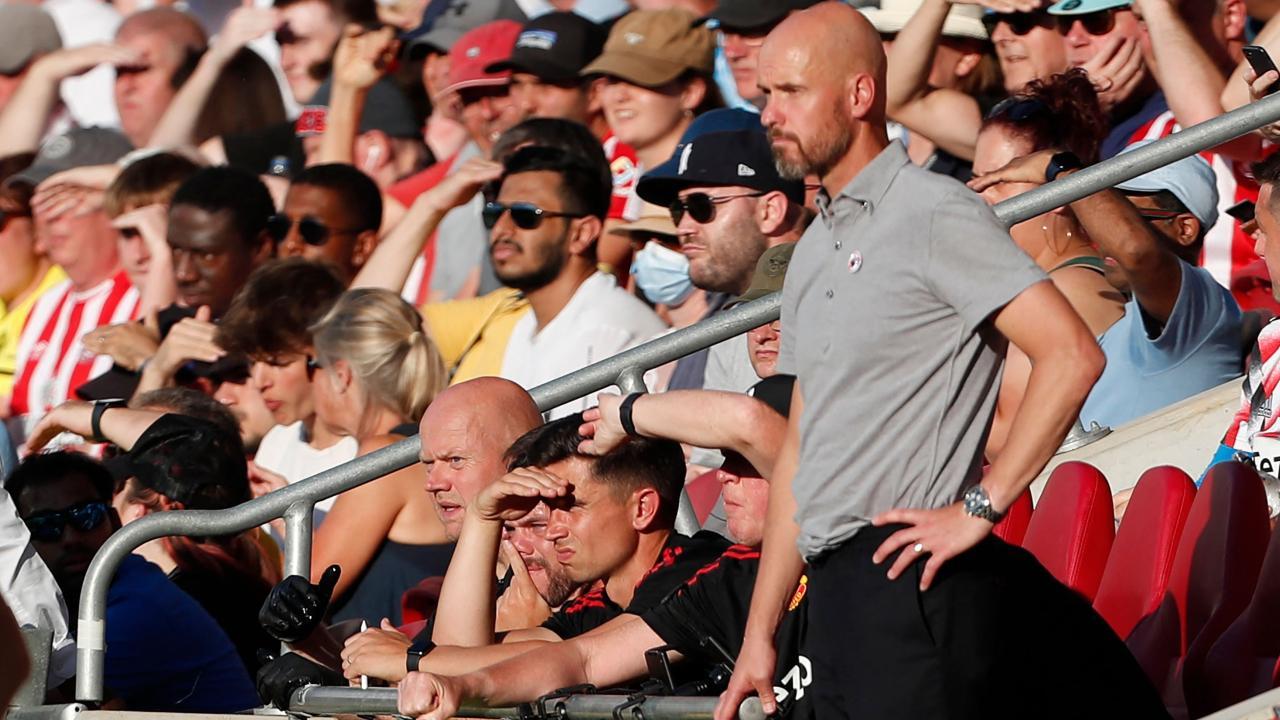 Manchester United reached a deal to sign midfielder Casemiro from Real Madrid, ending the Brazilian`s successful stint in Spain and giving the struggling English giant a much-needed reinforcement. Both clubs confirmed the deal but did not provide financial details, although Spanish media said the deal for the 30-year-old Brazilian was worth about 70 million euros ($70 million) plus variables. United said the transfer is subject to the agreement of personal terms, UK visa requirements and a medical. United, which has lost its opening two games of the Premier League season, has been in the market for a central midfielder since the transfer window opened. Casemiro`s arrival should be a boost for beleaguered United manager Erik ten Hag, who unsuccessfully deployed playmaker Christian Eriksen in a deeper-lying midfield role in last weekend`s 4-0 loss at Brentford.

Madrid thanked Casemiro and called him a club legend. He had been with Madrid since 2013 and helped it win 18 titles, including five Champions League and three Spanish leagues. The club said Casemiro will be honored at an event at the team`s training center on Monday. Madrid coach Carlo Ancelotti had said earlier Friday that Casemiro was in negotiations for a move and a deal was imminent. He said he spoke with Casemiro and felt “there was no way back. He wants to try a new challenge, a new opportunity,” Ancelotti said in a news conference. “The club understands. With all he`s done for this club and the person he is, we have to respect it. There are talks right now, he`s still a Real Madrid player at this stage, but he wants to leave.”

We are delighted to have reached an agreement in principle for the transfer of @Casemiro ????????#MUFC

Ancelotti said he didn`t try to change Casemiro`s mind about leaving. “I haven`t tried to convince him, I just listened, because I have spoken to Casemiro throughout my time here and he has helped us so much,” Ancelotti said. “Having heard what he wants, there`s no way back. If he doesn`t stay, we`ll have an enormous sense of gratitude to him for all he`s done.” The 30-year-old Casemiro has been with Madrid since 2013 and is regarded as one of the world`s best holding midfielders. Madrid`s midfield has been one of the best in the world in recent years with Casemiro playing alongside Toni Kroos and Luka Modric. Casemiro helped the club win five Champions League titles and three Spanish leagues, among several other trophies.

He has more than 60 appearances with Brazil`s national team and is set to play in the World Cup in Qatar. He helped Brazil win the 2019 Copa América. Ancelotti said Madrid has replacements for Casemiro, though, including young France midfielder Aurélien Tchouaméni, who was signed in the offseason. The club has other players who can fill in as well, including Federico Valverde, Eduardo Camavinga, Dani Ceballos and even David Alaba, a defender who can play in midfield if needed. “Tchouaméni was signed for this position and he`s one of the best central midfielders on the market right now,” Ancelotti said. “Then we`ve got Kroos, who can play in that position too, just like he did in my second year here, and there`s Camavinga as well.” Ancelotti said the six midfielders he still has in the squad would be “enough to negotiate the season.” “They are six top quality players,” the coach said.

Ancelotti said Madrid`s targets will remain the same despite Casemiro`s departure. “Real Madrid`s plans don`t change,” he said. “Our plans are to fight and compete in every competition, which we will do with or without Casemiro. That said, everyone is well aware of how important the player is and how much we love him.” Madrid won the Champions League, the Spanish league and the Spanish Super Cup last season. It opened this season by winning the UEFA Super Cup. Casemiro will join former teammate Cristiano Ronaldo at United, although the Portugal forward`s future at the English club is still in doubt.