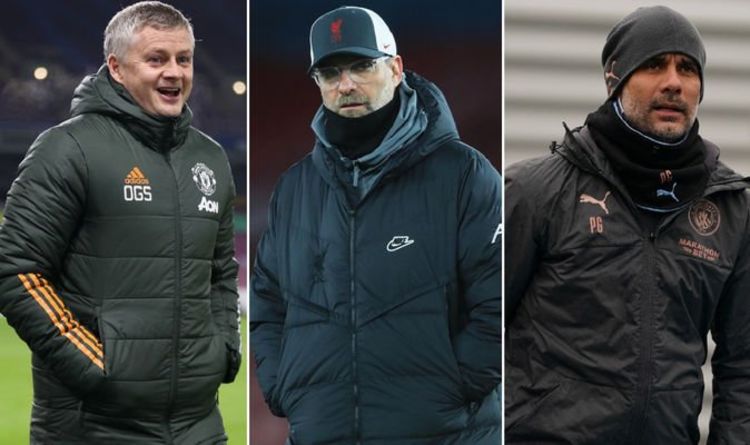 “Well done to Jurgen and his players. Every time you see anyone else lift the trophy it hurts. We want to get back to winning ways and that’s our challenge.”

But speaking earlier this month, Solskjaer once again named City as the best team in the league, although Liverpool sat at the summit of the table at the time.

Speaking after City beat United 2-0 at Old Trafford in another Carabao Cup semi-final clash, Solskjaer said: “Sometimes you meet good teams in the semis. We met, at the moment, City are probably the best team in England.”

At that time, Liverpool were first in the league, ahead of second-placed United who boasted a game in hand courtesy of a superior goal difference, while City were four points back having played two games less.

United have now played their extra match, beating Burnley 1-0 at Turf Moor on Tuesday to return to the top for the first time in eight years.

And yet discussing this weekend’s opponents just a week on from his praise of Pep Guardiola’s side, who won back-to-back titles in 2017-18 and 2018-19, Solskjaer has again labelled Liverpool as England’s top team.