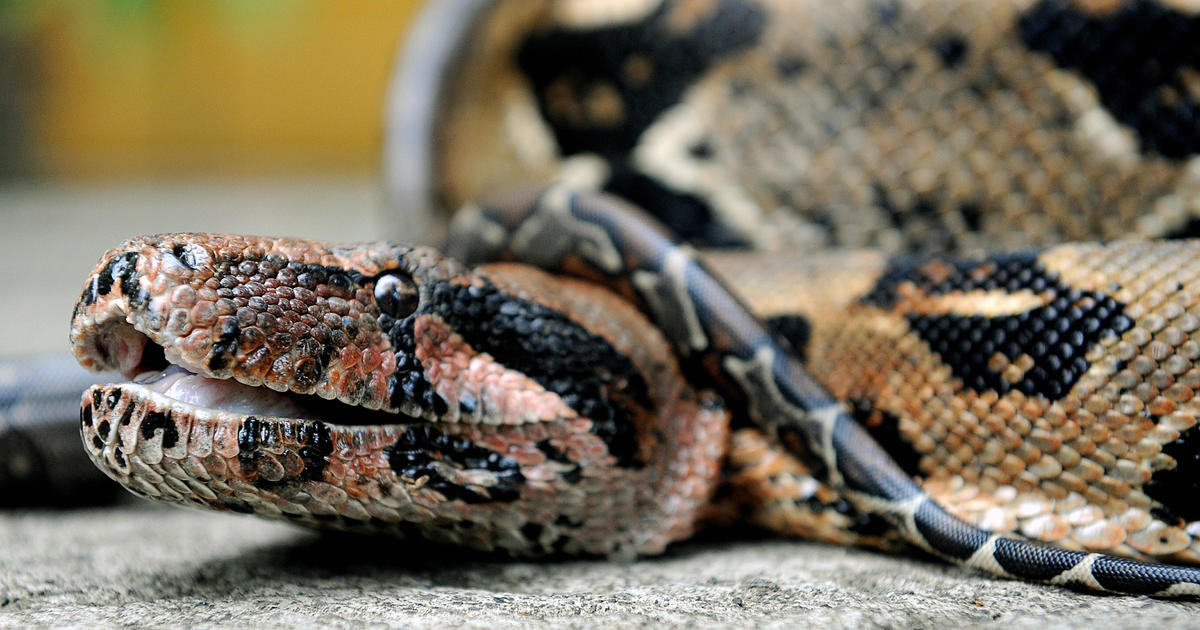 A man taken to an eastern Pennsylvania hospital last week after police shot a boa constrictor that was around his neck has died of his injuries, authorities said.

The Lehigh County coroner’s office said Monday that 27-year-old Elliot Senseman died Sunday morning at Lehigh Valley Hospital, Cedar Crest. The cause of death was listed as anoxic brain injury due to asphyxiation by constriction and the manner of death was ruled accidental.

“A boa constrictor-type snake approximately 18 feet in length constricted around the neck of Mr. Senseman, thus causing the anoxic brain injury (complete lack of oxygen to the brain),” the coroner’s office said.

Police were called to the Fogelsville home shortly after 2 p.m. Wednesday on a report of a man in cardiac arrest with the middle portion of a snake wrapped around his neck, CBS Philadelphia reported.

Police said an officer was able to shoot the snake’s head without hurting Senseman, and he was given medical aid and taken to the hospital. The snake died.

Upper Macungie Township police and the coroner’s office are investigating. Police told WTXF-TV that the snake was the man’s pet and several other snake enclosures were found inside the home.

Lt. Peter Nickischer said Monday that investigators don’t know the circumstances of the attack because “the dire situation” precluded “extended interviews … about the snake, its origin, or anything along those lines.”

The incident marks at least the second snake-related fatality in the U.S. in July. Earlier this month, a 6-year-old boy died days after he was bitten by a rattlesnake while on a family bike ride near Colorado Springs.

Denial of responsibility! My droll is an automatic aggregator of the all world’s media. In each content, the hyperlink to the primary source is specified. All trademarks belong to their rightful owners, all materials to their authors. If you are the owner of the content and do not want us to publish your materials, please contact us by email – [email protected]. The content will be deleted within 24 hours.
pennsylvaniasnake
0
Share

How to boost a Discord server