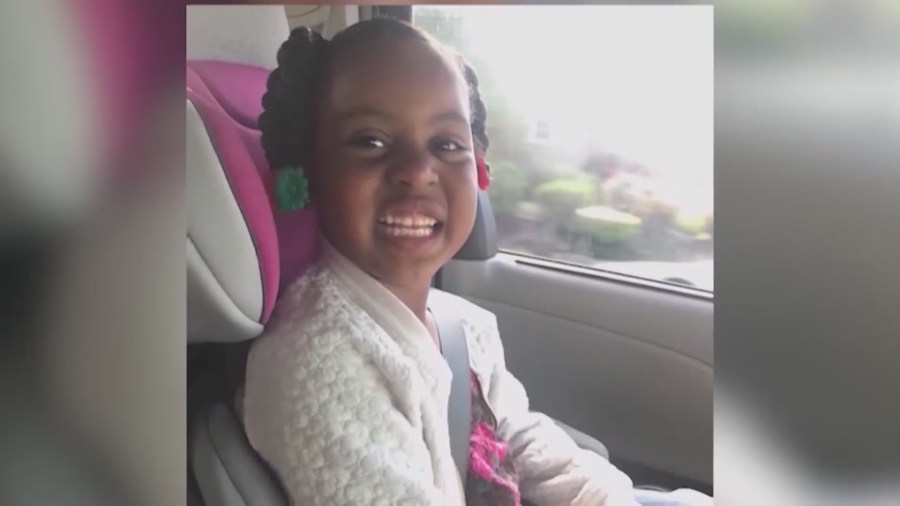 MERCED, Calif. (KGPE/KSEE) – Accused of murder and child abuse against an eight-year-old girl, Dhante Jackson appeared virtually inside Merced County Superior Court – but still in handcuffs and in a yellow jumpsuit.

Jackson was arrested Saturday morning in Newark after evading police for six months following the discovery Sophia Mason dead in a Merced home.

Three women are accused of helping Dhante Jackson hide – and providing him shelter and money during his time on the run. They have also since been arrested and charged.

YourCentralValley.com was given exclusive access to Jackson’s arraignment Monday.

“I’ve been trying to call up my lawyer, I haven’t,” responded Jackson when asked if he has a lawyer.

Due to his failure to appear with a lawyer, his arraignment was rescheduled to September 14th at 8:30 a.m. in Merced County Superior Court.

Her and her family are still dealing with their loss. They say they’ll feel better when those responsible are officially sentenced.

“We are relieved that he is off of the streets, there is no justice there is no fixing this, but I guess we can be one step closer now that he will be put behind bars,” she said.

Outside the Merced home where Sophia Mason’s body was found there are still stuffed animals and months-old flowers. Officials determined her body had been in the home for a month.

Neighbors were upset to hear the news of her death, knowing it happened so close.

“All of those people that commit those crimes I hope they capture them, so they don’t do it again,” said Juana Alamo, who lives a few doors down from the home where Sophia Mason’s body was found.

Investigators detailed what happened to Sophia in her final moments in a press conference Sunday morning. For law enforcement, this case has made an impact on them and their community.

“In my twenty years in law enforcement, this case is one of the most disturbing and horrific I’ve seen. The coroner determined the death was a homicide and noticed Sophia’s body was malnourished,” said Lt. Joseph Perez of the Merced Police Department.

Sophia’s mother, Samantha Johnson, is also set to be in court on the same day as Jackson, as officials try to have their trials go on at the same time. She faces the same charges as Jackson.