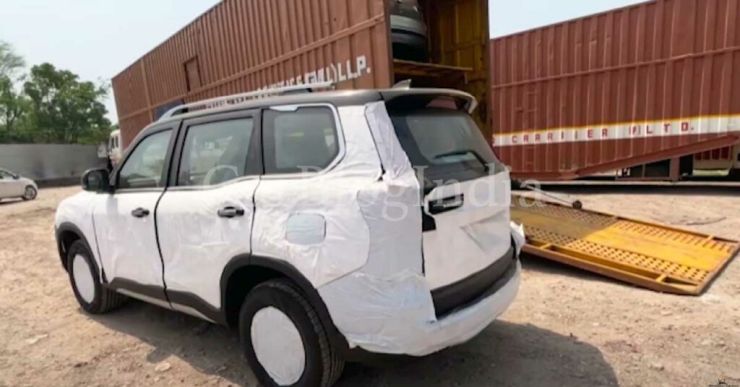 Mahindra launched the all-new Scorpio N in the market few months ago. Just like Thar and XUV700, Scorpio N also received an overwhelming response from customers and it got over a lakh bookings under 30 minutes. The waiting period for this SUV is also likely to be very long. Production for Mahindra Scorpio N has now started and it looks like the car SUV has started reaching dealerships too. Images of Scorpio N units reaching the dealerships have now surfaced online. Most of the SUVs arriving are the top-end Z8 Luxury variant.

Mahindra had announced earlier that the official deliveries for the new Scorpio N would start from 2 September and they would be initially delivering the Z8 L variant which is popular among buyers. The cars seen here in the images are finished in Black. Just like Scorpio, it looks like Black is again a popular colour among Scorpio N buyers. Many of these SUV are the 4WD version while some are not.

With Scorpio N, Mahindra has once again created a lot of interest in the segment. The old Scorpio is still available in the market and is known as Scorpio Classic. The Scorpio N is a much more advanced, feature loaded and premium looking version of the SUV. Although both SUVs have the same name, they are both entirely different from each other. Mahindra calls Scorpio N ‘Daddy of SUVs’ and in terms of size it looks as large as a Toyota Fortuner. It is only taller than Fortuner when you compare the dimensions. As of now, there is no other option available for people who are looking for a proper 4×4 SUV in India. Toyota Fortuner which has been ruling the D segment is becoming a lot more expensive and people look at Scorpio N as a good alternative. It is available with both petrol and diesel engine options and the diesel verison of the SUV comes with proper 4×4 system which Mahindra now calls 4XPLOR technology. There are several videos of Mahindra Scorpio N 4×4 off-roading on the internet. Mahindra Scorpio N comes with a premium looking interior which offers features like a touchscreen infotainment system that supports Apple CarPlay and Android Auto, electric sunroof, brown and black dual-tone leather upholstery, dual-zone climate control, electrically adjustable driver seat and so on.

It is available with both 2WD and 4×4 versions. Mahindra Scorpio N petrol version is powered by a 2.0 litre mStallion turbocharged engine that generates 200 Bhp and 380 Nm of peak torque. Just like in the XUV700, diesel engine is Scorpio N is available in two states of tune. They are all powered by a 2.2 litre turbocharged diesel engine. This engine generates 132 Ps and 300 Nm of epeak torque in the lower variants. As we move the higher variants, the same engine generates 175 Ps and a maximum of 400 Nm of peak torque. Both petrol and diesel engine options are available with manual and automatic transmission option. Only the diesel variant gets 4×4 drivetrain and it is available with both manual and automatic options.