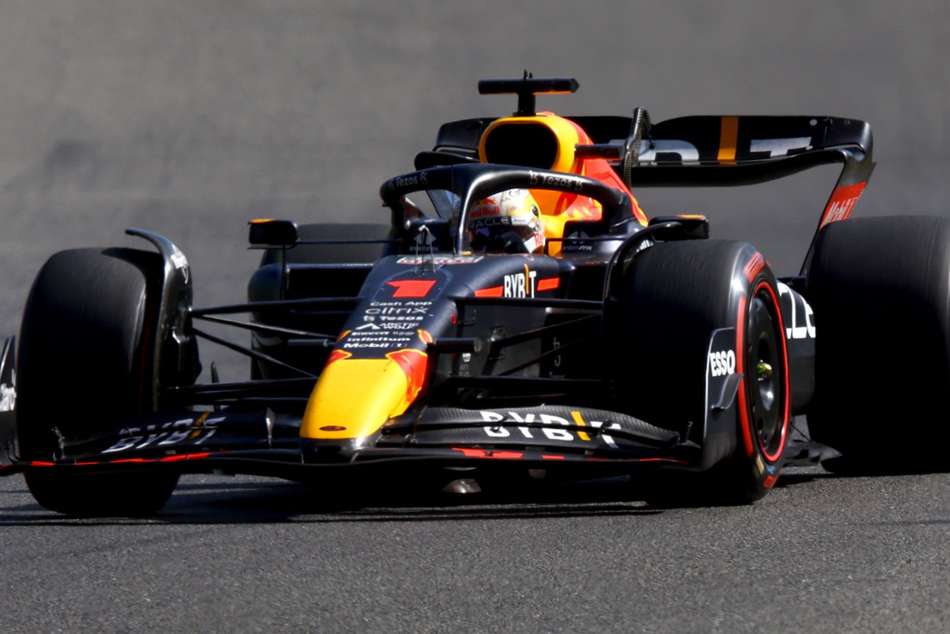 The reigning Formula One champion was fastest in Saturday’s qualifying session but was one of several drivers to take a grid penalty for a power unit change, leading to him starting on the seventh row.

Yet, just as in the Hungarian Grand Prix before the mid-season break, when he started in 10th, Verstappen expertly worked his way through the field to prevail and claim a second successive win at Spa-Francorchamps.

The raw pace of the Red Bull allowed Verstappen to easily make his way to the front after a chaotic start and a second lap safety car, and he was never threatened after overtaking Carlos Sainz for the lead on lap 18. His team-mate Sergio Perez made it a Red Bull one-two, with the Ferraris of Sainz and Charles Leclerc sandwiched by Mercedes driver George Russell on a day that saw Verstappen’s lead stretched to 96 points.

Fernando Alonso got a lightning start to put his Alpine ahead of Perez into the first corner, with the Red Bull man also overtaken by the Mercedes of Lewis Hamilton.

Yet the good work of the two former McLaren team-mates was soon undone when they collided going into the Les Combes chicane, sending Hamilton airbone as he suffered damage that ended his race.

The next lap then saw the Williams of Nicholas Latifi spin into Valtteri Bottas’ Alfa Romeo, prompting a safety car as the latter ended up beached in the gravel.

Sainz locked up at the bus stop chicane at the restart but was still able to stay ahead of Perez and retain the lead.

Yet he soon began losing time to the Red Bulls and had both in his mirrors by the time he pitted on lap 12, Verstappen’s spectacular charge through the field rewarded with the lead as he passed Perez while Sainz was in the pit lane.

Sainz was back ahead when Verstappen pitted for medium tyres four laps later, but Ferrari’s lack of pace was encapsulated as Leclerc was unable to get past Perez on warmer tyres following the Mexican’s pit stop and Verstappen succeeded in breezing past Sainz for the lead.

That set the stage for a serene second half of the race for Verstappen, whose title battle with Leclerc is turning into a procession for the Dutchman.