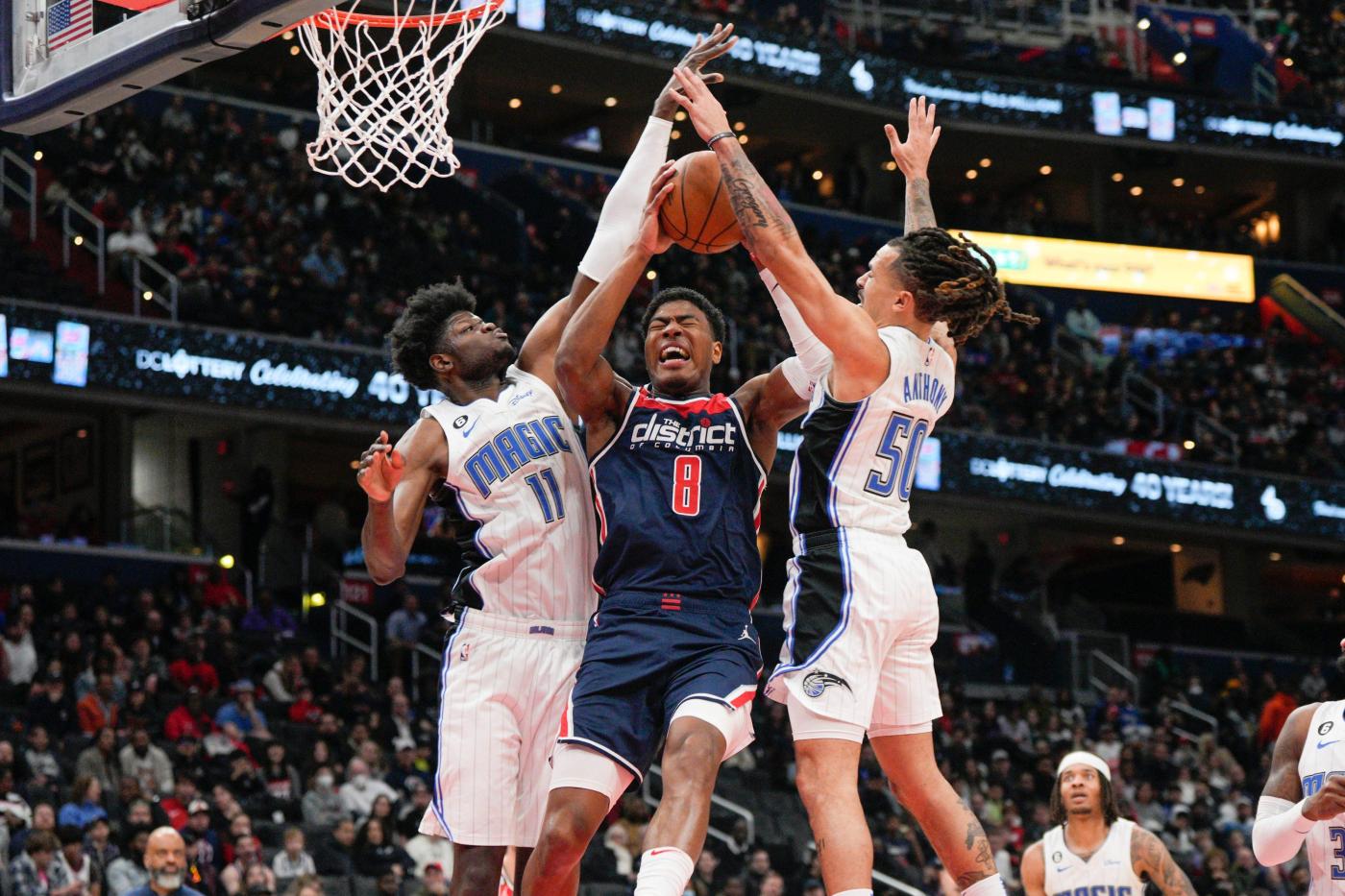 Most of the Orlando Magic’s starters weren’t as fatigued as they’d usually be for Saturday’s 138-118 road loss to the Washington Wizards, the second night of a back-to-back.

Each of them played 25 or fewer minutes — below all of their season averages — on Friday as coach Jamahl Mosley leaned on the second unit to close out Friday in light of the starters’ early struggles and the reserves’ production.

“When that [second unit] played together, there was a level of momentum,” Mosley said pregame. “Knowing we were coming into a back-to-back as well, those guys on the bench were doing a great job of supporting that group. As the momentum stayed the same in our direction, I wanted to stay with those guys.”

Franz Wagner and Gary Harris were the lone starters to get playing time in the final quarter against the Pelicans.

The reduced playing time appeared to benefit the starters from an energy standpoint Saturday, but the Magic didn’t make it count.

Their defensive focus wasn’t where it needed to be. The Wizards, led by Rui Hachimura’s 30 points off the bench, scored at least 30 points in each quarter, including 37 in the first and 38 in the fourth.

Washington’s 138 points are the most the Magic have allowed this season and the third-most Orlando has allowed in the last seven seasons.

“[One hundred thirty-eight points] is too much,” Mosley said. “There’s no excuse for that.”

Kyle Kuzma (25 points, 10 rebounds and 6 assists) led the starters and was one of seven Washington players who scored in double figures.

The Magic’s bench didn’t come close to matching their production from Friday after combining for 56 points against the Pelicans. The reserves totaled 40 points but on 16-of-40 shooting.

The bench production against the Pelicans wasn’t just important to give a few starters some more rest during a back-to-back. There’s hope it’ll spark momentum for the reserves going forward — which didn’t happen Saturday.

The Magic’s bench unit had a collective net rating of minus-1.1 from the start of 2023 through Friday — which ranks 21st over that stretch.

Getting more consistent production from the reserves will be crucial going forward in establishing other positive lineups outside the starting group.

R.J. Hampton was also unavailable, with the Magic saying two hours before tipoff that Hampton wasn’t playing because of an illness.

This article first appeared on OrlandoSentinel.com. Email Khobi Price at [email protected] or follow him on Twitter at @khobi_price.