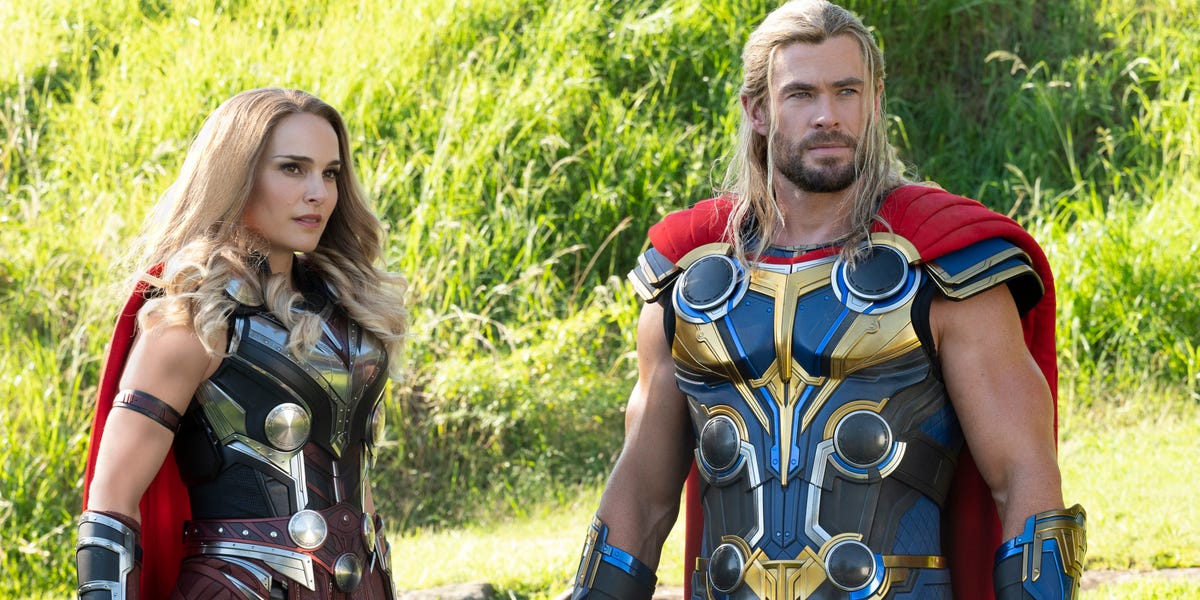 Chris Hemsworth said that his upcoming film “Thor: Love and Thunder” might be his final Marvel movie.

While participating in Wired’s auto-complete interview, Hemsworth spoke about his future as Thor in the Marvel Cinematic Universe (MCU). During the video segment, he was asked, “What is Chris Hemsworth’s last Marvel movie?”

Hemsworth made his debut as the God of Thunder in the 2011 standalone film “Thor.”

He also voiced Thor in the animated Disney+ series “What If…?”

“Ragnarok,” which was directed by Taika Waititi, was praised for reinvigorating the “Thor” franchise and taking the hammer-wielding character in a new direction.

Waititi and Hemsworth will team up again for “Love and Thunder,” the fourth standalone “Thor” film in theaters this summer.

The movie is set after the events of “Endgame,” where Thor was last seen getting on a spaceship with the Guardians of the Galaxy.

Trailers released so far for “Love and Thunder” indicate that Thor will embark on a journey of self-discovery, which gets interrupted by the arrival of Christian Bale’s villain named Gorr the God Butcher.

“It was a wild and fun and wacky experience, as all Taika Waititi movies are,” Hemsworth said of filming “Love and Thunder.”

“I played that character for 10, 11 years now and each time it’s been new and exciting, and this was no exception,” he added. “It felt very fresh and it felt like we were trying something we hadn’t tried before. It was, in Taika’s words, a wacky, wild, romantic comedy set in space.”

Meta is launching an avatar store, and designer clothes are the first products