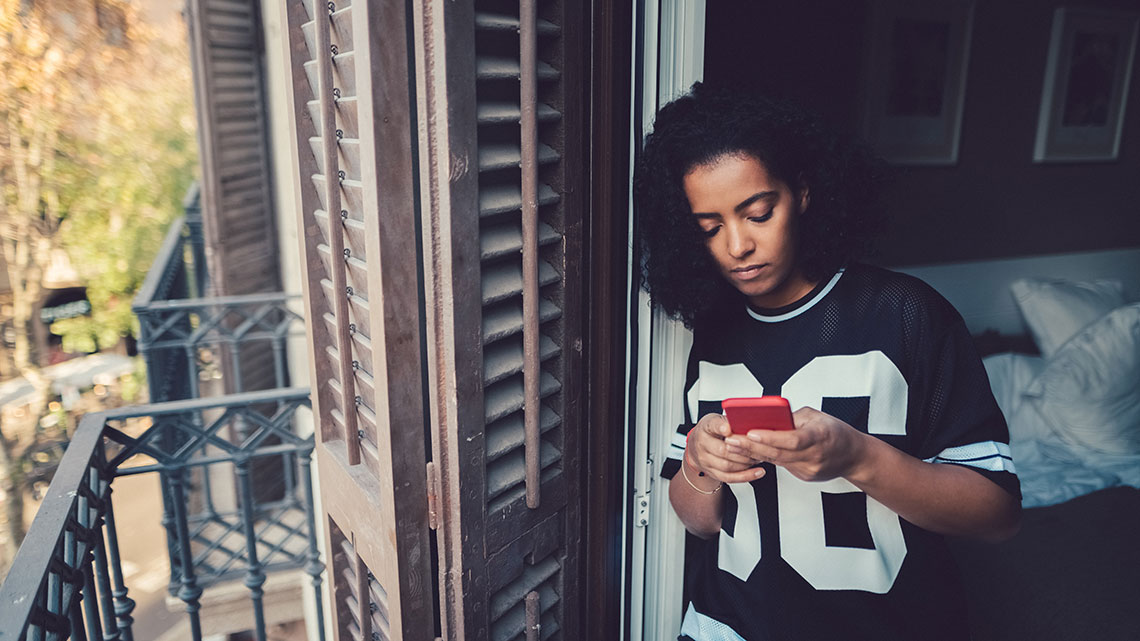 A hungry brain craves food. A lonely brain craves people. A new brain study demonstrates this. After being isolated, it shows, people’s brains perked up at the sight of other people. The action was in the same brain region that revs up when a hungry person sees food.

“There’s a ton of research showing loneliness is associated with depression,” says Livia Tomova. She’s a cognitive neuroscientist, someone who studies how the brain produces mental activities. Tomova works at the University of Cambridge in England. But while scientists know loneliness and depression are related, it’s hard to tell if one causes the other. “Are they depressed because they’re lonely, or lonely because they’re depressed?” she asks. “One way to study that is [to look at] how the brain responds to periods of being alone.”

When she began this study, Tomova was a scientist at the Massachusetts Institute of Technology in Cambridge. She and her colleagues recruited 40 people. On one day, the participants had to fast — not eat anything at all — for 10 hours. On another day, the same people were placed in a room for 10 hours. They couldn’t see anyone. No friends, no family and no social media. They weren’t even allowed to check their email.

After both days, Tomova and her colleagues put the people in a fMRI machine. It shows activity in the brain by tracking how much blood is flowing to each region.

At the end of each day, the participants showed high activity in a brain area called the midbrain. The scientists were interested in two small areas within it. One was the substantia nigra pars compacta. The other was the ventral tegmental area. Both areas produce dopamine. It’s a chemical messenger that is important in craving and rewards.

The two areas activated when hungry participants saw pictures of tasty pizza or juicy hamburgers. After the volunteers had been isolated, those brain areas became active when they saw social activities they missed. It might be playing sports or chatting with friends.

The midbrain plays an important part in people’s motivation to seek food or friends. In fact, it responds to food and social signals even when people aren’t hungry or lonely. But hunger and loneliness increased the reactions and made people’s responses specific to the thing they were missing. And the more hunger or isolation the volunteers said they were experiencing, the stronger the activity in this part of the brain. Tomova and her colleagues published their results November 23 in Nature Neuroscience.

One of the goals of studying people, says Thuy-vy Nguyen, is to find out what our basic needs are. Nguyen studies solitude — when people wish to be alone — at Durham University in England. People often say that humans are social animals, Nguyen notes.  She wonders, “Where did this phrase come from? … Do we have evidence for this?” This new paper, she concludes, shows that, yes, social time is a basic need.

The results are very elegant, says Turhan Canli. He is a neuroscientist at Stony Brook University in New York. However, he adds, 10 hours isn’t that long to spend isolated from anyone else. So the responses “may be very different from those individuals who have experienced chronic social isolation,” he says, such as older people living by themselves. Personality could matter, too. Someone who likes their alone time might not have a brain response that is as strong as someone who is a social butterfly.

The study seems especially important now, when so many people are isolated due to the pandemic. “We’ve been dealing with COVID-19 and some form of social distance for [many] months,” says Naomi Eisenberger. She’s a social neuroscientist at the University of California, Los Angeles. But in an effort to stay safe from disease, people may end up lonelier than ever. “We tell people to stay away and it’s so hard. All of us on some level are starving for social interactions.”

The findings “speak to our current state,” agrees Tomova. “It’s important to look at the social dimension of this kind of crisis.”

Mechanism of metal-to-insulator transition in ruthenium…

Last Chance to Get $300 off This Top Language-Learning…

Raptors kid cries after parents surprise him with tickets