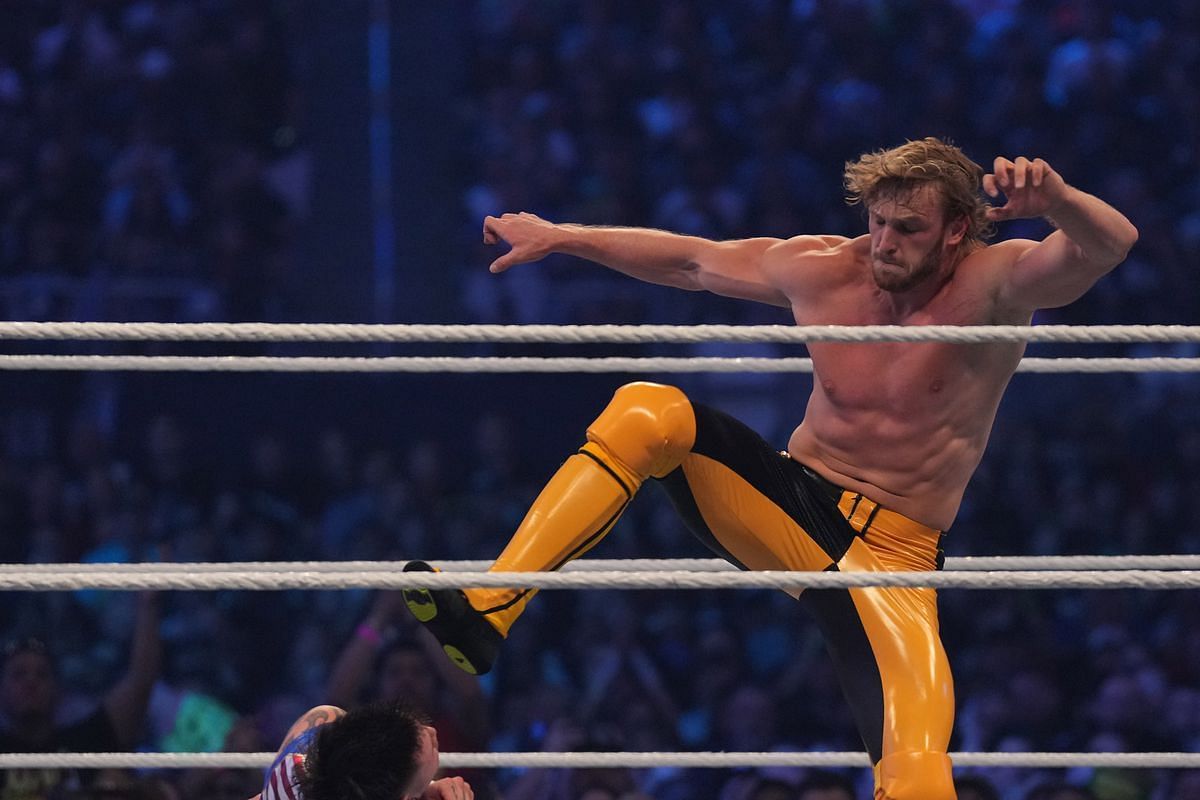 Recent WWE signee Logan Paul kicked off this week’s edition of Monday Night RAW with a brawl against The Miz.

The social media star defeated Rey and Dominik Mysterio at WrestleMania 38 alongside The Miz in a tag team match. Despite their victory, the former world champion betrayed the YouTuber after the match. Paul recently signed a multi-year contract with WWE and has already established his intentions of exacting revenge on the A-Lister for his actions.

On this week’s RAW, live from Madison Square Garden, Logan Paul was announced to be hosting a live edition of Impaulsive. However, fans saw him open the show in unexpected fashion, brawling with The Miz. The fight was already happening when RAW went on air.

Security pulled the two apart as the crowd chanted, “let them fight.” The commentary then confirmed that Paul had called The Miz out before the show went on air, and the A-Lister obliged.

Following the brawl on RAW, The Miz took to Twitter to send a message to Logan Paul. In a clear statement of intent, the former world champion stated that he is coming for the YouTuber.

The two men are set to take on each other at SummerSlam on July 30. It remains to be seen who will come out on top in this heated rivalry.

Who do you think will come out victorious at SummerSlam? Let us know in the comments section below.

Find out which top AEW star dubbed Paige a bad b**** right here.

France to mobilise extra support for monkeypox vaccines as 1,700 infected

15 Macrame Ideas to Make and Sell

Florence Pugh’s ‘The Wonder’: Everything We Know So Far