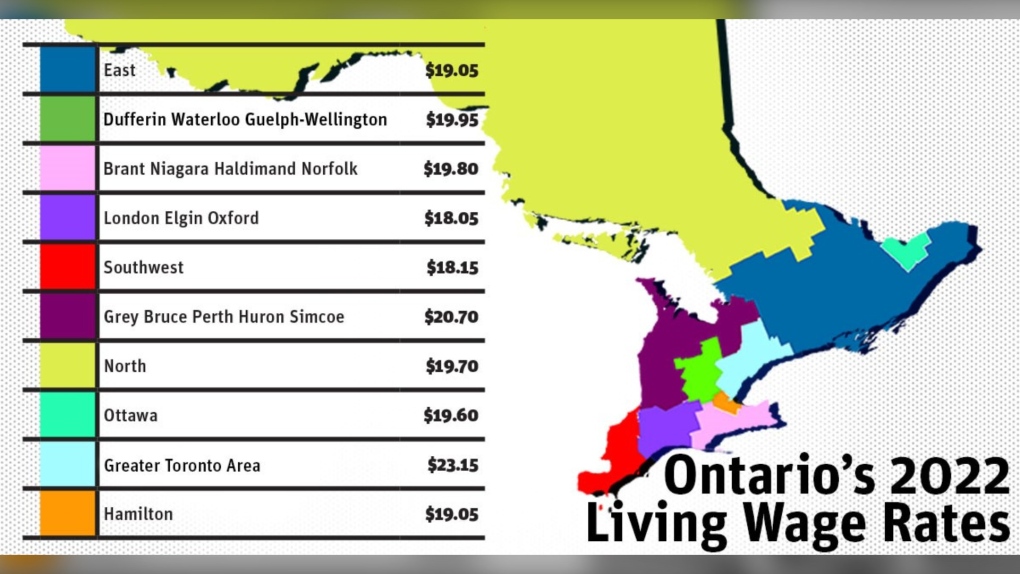 It’s supposed to be cheaper to live in rural Ontario, but the most recent calculations from the Ontario Living Wage Network suggest otherwise.

“We’ve known for quite a few months that people are facing real challenges out there. The situation is getting really dire,” said Francesca Dobbyn, executive director of the United Way of Bruce-Grey, who helped calculate this year’s living wage for Grey-Bruce.

Dobbyn says it takes a wage of $20.70/hour for an average worker in Grey-Bruce to make ends meet each month. That’s a whopping 12.6 per cent increase over last year, thanks in large part to the increasing cost of housing and food.

“What scares me about these numbers is that we did these calculations in the summer. Food costs have gone up since then, the inflationary pressures are apparent, so this means this is kind of the bottom. This is not something to attain, this is the place to start and go up from,” explained Dobbyn.

Huron-Perth’s living wage is the same $20.70/hour, putting Grey-Bruce and Huron-Perth behind only Toronto’s $23.15/hour living wage, as the top two highest living wages in Ontario. These figures are much more than the $18.05/hr living wage in London-Elgin-Oxford, according to the Ontario Living Wage Network.

“You can go to a farm gate and get some cheap vegetables, especially at this time of year, but that’s not on an ongoing basis. Utility costs, like furnace oil and propane are higher, because not everyone has access to natural gas, plus the low standard of housing here makes everything in rural life that much more expensive,” said Dobbyn. 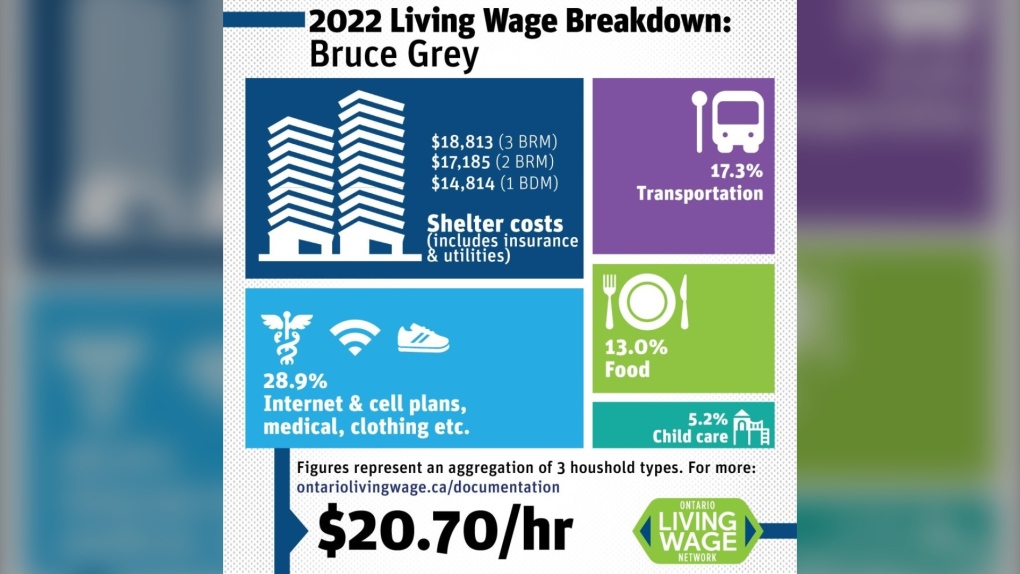 An average wage of $20.70 an hour is needed for the average worker in Grey-Bruce to make ends meet each month. (Source: Ontario Living Wage Network)

“The living wage reflects the realities of living in a community much better than a minimum wage does. For workers in our region, if they’re relying on a job paying minimum wage, a person would be short about $728 per month as far as covering expenses. That’s a huge gap, and why the living wage is so important,” explained Kristin Crane, social research and planning coordinator with the United Way of Perth-Huron.

While there are more “living wage” employers than ever before in Midwestern Ontario, $20.70/hr makes it a lot more difficult for small businesses to join the club.

“The province would save money if they supported small businesses who achieved a living wage,” said Dobbyn.

To see the provincial breakdown and how much the living wage is in your region, you can visit the Ontario Living Wage Network website.