Little Lion Cub Tries to Roar; Listen to the Sound That Comes Out 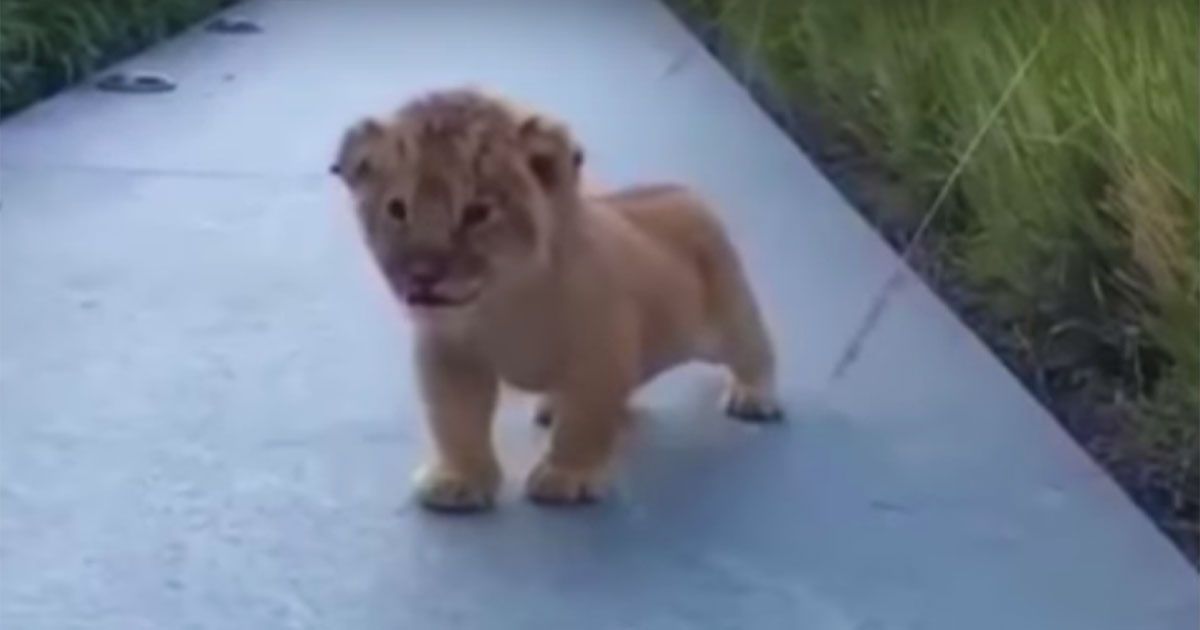 Have you ever wondered what a little lion cub sounds like? If you were expecting a deep, thundering roar, you’d be wrong! It turns out that even lion cubs have to learn how to talk. When this baby lion tries to make a sound, it comes out even softer than a kitten’s meow.

When this cub grows up, his roar will be much louder. Smithsonian magazine reports that a lion or tiger roar can reach up to 114 decibels, which is 25 times louder than a gas-powered lawn mower. Unlike most animals, which have triangle-shaped vocal folds, lions and tigers have flat, square-shaped protrusions that are extremely strong and flexible. As a result, these cats can roar extra loud without damaging their lungs.

It’s hard to believe that this tiny lion cub will one day be capable of producing such a loud sound! Watch the video below!

Don’t forget to SHARE this adorable video with your favorite cat lover on Facebook! Want more? Check out this video of a 13-week-old cub playing with its best friends: a dog named Monty and a rabbit named Thumper.

Editor’s Note: This article was originally published on September 26, 2017. It has been updated throughout.

6 Reminders For When You Stop Feeling Strong