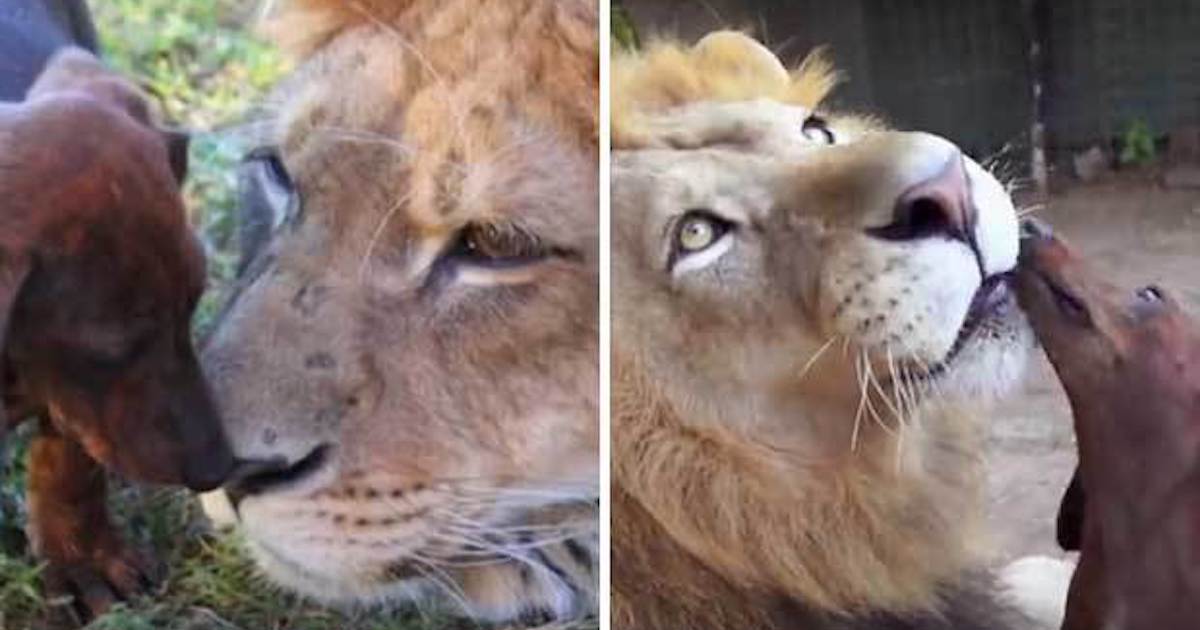 Most of the big cats at the G.W. Exotic Animal Park in Winwood, OK, probably view a tiny dog as a potential meal, but surprisingly, one lion has taken the mantle of the dog’s resident guardian-in-chief, creating the odd sight of a lion and Wiener dog acting like best friends.

Meet Abby and Bonedigger – excellent name for a lion – an unlikely pair that came to the refuge when both were young. According to caretakers at the wildlife refuge, while Bonedigger, a Barbary lion, gets along with all four of the dachshunds, it’s really Abby who has stolen his heart.

“I can’t say that I’ve ever seen anything like this bond,” said John Reikene, park manager at G.W. “They’re always just loving on each other.”

According to their caretakers, Bonedigger was born at G.W. and not long after that Abby came along. Zookeepers think they were somewhere between 6 to 9 weeks old when they were first introduced. Despite Bonedigger’s much larger size, he and Abby became the best of friends.

“The most amazing thing is the bond that they’ve built,” added Reikene.

Watch their full story below, and be sure to SHARE this adorable story of a pair of lion and Wiener dog best friends.

Editor’s Note: This piece was originally published on October 5, 2016. It has been updated throughout.

What Your 2021 Will Be Like, Based On Your Favorite ‘The Wilds’ Character

What’s Happening With The Spawn Reboot?