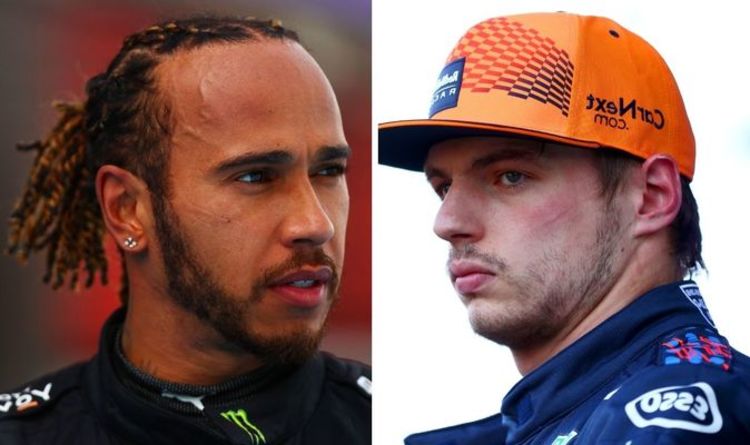 After scoring no points last time out, Lewis Hamilton has raised concerns about a double threat at Red Bull in his quest to become an eight-time world champion this season.

Hamilton has suffered back-to-back setbacks over the past few races, with Red Bull going from strength to strength, excluding Max Verstappen’s tyre failure which was through no fault of his own.

Red Bull now lead the team standings by 26 points over Mercedes, with Hamilton still sitting four points behind Verstappen in the driver standings after making an uncharacteristic mistake in Baku, in a race won by Red Bull’s Sergio Perez.

“I mean their car is incredibly fast,” said Hamilton, after finishing 15th in Azerbaijan.

“So I think undoubtedly the two of them together will make it difficult.

“That’s what we expected at the beginning of the year. So we’re going to just keep our head down.

“And it’s quite a humbling experience actually to come away with nothing after all the hard work. But these things happen.”

With just seven points over the past two races, Hamilton and Mercedes have vowed to bounce back in Paul Ricard in over a weeks’ time, with teammate Valtteri Bottas hoping to improve on his P12 finish.

Mercedes boss Toto Wolff said they have a lot to learn from Monaco and Baku.

“It just feels painful,” said Wolff. “You can say we had the hand almost close to the trophy because Max didn’t score.

WB: LGUs could underspend P155B in 2022 amid bigger budgets