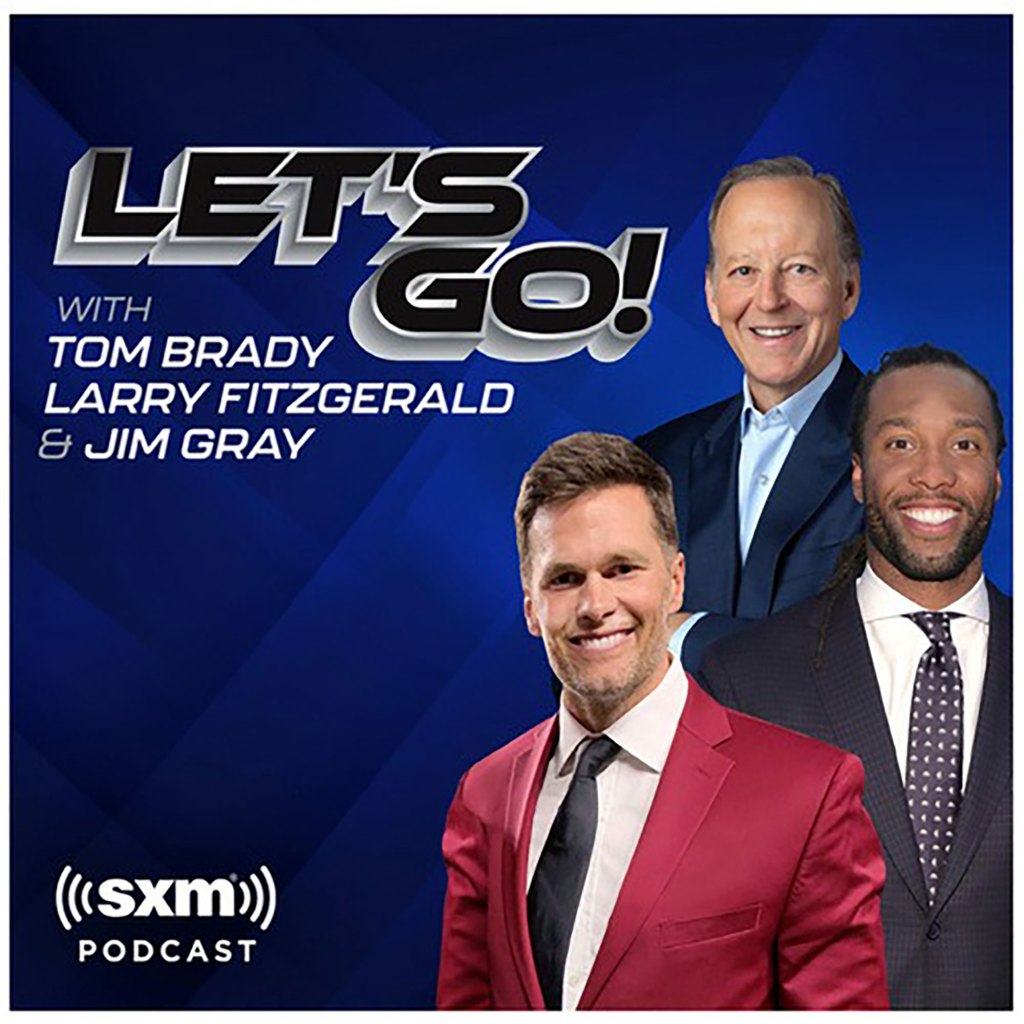 “Let’s Go!” debuted with 45-year-old Brady talking about his decision to return for his 23rd season and sharing his reaction to being named No. 1 on NFL Network’s top 100 list.

“You came back after retiring for a short period of time because you said there’s unfinished business,” Gray said. “What exactly would that be after winning seven Super Bowls?”

Brady said he felt there was still something he owed the city of Tampa, especially after the tough 30-27 loss to the Los Angeles Rams in the Divisional Round of the playoffs.

“Well, I just felt like I had a little left. And I want to give it a shot. And I owed it to my teammates and our great coaches and our whole organization,” Brady said.

The superstar QB also talked about his excitement for the upcoming Buccaneers season, with the team’s new look at the offensive line and a new addition of star wideout Julio Jones joining a loaded receiving corps of Mike Evans, Chris Godwin and Rob Gronkowski.

The Buccaneers took a huge blow to their offensive front, as Brady noted the loss of guard Alex Cappa to the Bengals, guard Ali Marpe to retirement, and Ryan Jensen to an injury suffered in training camp.

Though with a new-and-improved offensive line, Brady admitted the newbies have a lot of work to do.

Gray also acknowledged the 45-year-old superstar is the oldest active player in the NFL and was ranked the No. 1 player on NFL Network’s top 100 list.

“Obviously it is very flattering any time you get recognition from your peers. It’s a very cool thing,” the future Hall of Fame QB said.

“I’ll look back on a lot of accomplishments and feel very privileged and blessed to play for a long period of time. But I’ve always felt these are ultimate team awards.”

Brady also talked about what’s different now playing at the age of 45 versus when he was drafted in the sixth round of the NFL Draft by the New England Patriots.

“I think I’m a better football player now, obviously. That also comes with a lot of other aspects of life that continue to change. Because it is your life, and I think I alluded to a few weeks ago, everyone deals with different things in their life,” Brady said.

“I have a lot of things that are really important off-field pursuits and goals that you are trying to maximize as well. So we all have different things that are going on and I think once football season comes I really lock in on what I need to do and how I need to focus.”

The Buccaneers are just days away from their Week 1 game against the Dallas Cowboys at AT&T Stadium in Dallas, with Brady noting how it will be a challenge despite his readiness.

“We’re going against a good team. The Cowboys are very talented in all three phases,” Brady said. “They’re doing a really good job with their defensive scheme, they change their fronts a lot. They change their coverages.”

The Buccaneers will look to churn out the first win of the season, though Brady knows it’s a long shot to a return in the Super Bowl.

“Gonna have a good week of practice, put ourselves in the best possible preparation position we could be in. And now we’re gonna go out there and we’ve gotta see if we can get the job done.”

“Let’s Go!” will air every Monday on SiriusXM all through the 2022 NFL season, as it will be available on all major podcast platforms.

Japan Protests to Russia Over Military Exercises With China