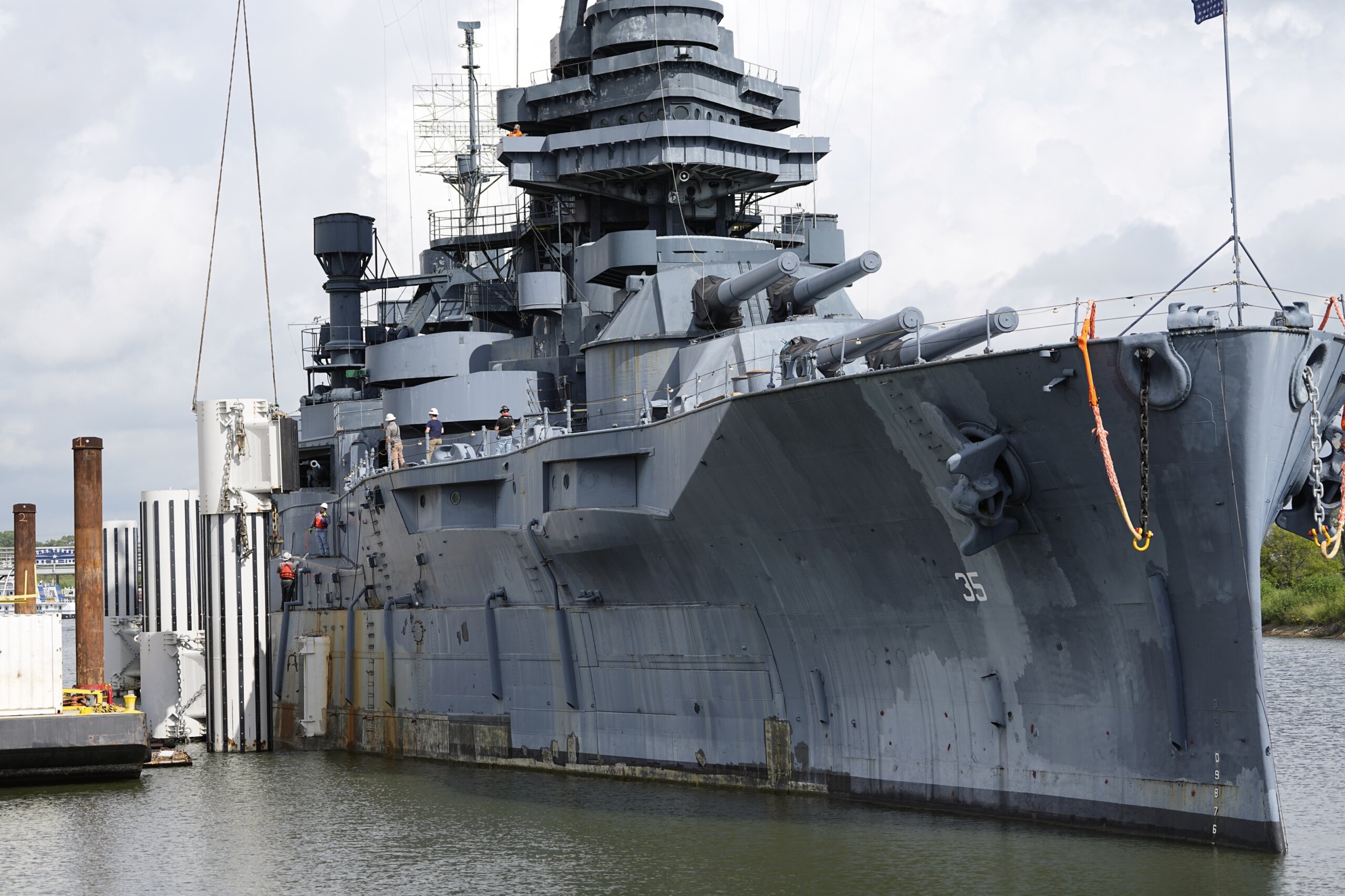 The greatest challenge in recent years for the USS Texas has been a leaky, rusty hull that at times forced workers to pump out about 2,000 gallons of water per minute from the 110-year-old ship.

LA PORTE, Texas (AP) — It’s the only surviving battleship that served in both world wars, having fought Nazis and the Japanese Army during World War II. But the greatest challenge in recent years for the USS Texas has been a leaky, rusty hull that at times forced workers to pump out about 2,000 gallons (7,570 liters) of water per minute from the 110-year-old ship.

To ensure the historic vessel doesn’t sink and can continue hosting visitors, the foundation in charge of its care is towing the ship Wednesday from its longtime home along the Houston Ship Channel to a shipyard in nearby Galveston for much needed repairs.

The battleship was disconnected from its gangway and was slowly preparing to enter the Houston Ship Channel shortly after 6 a.m. Wednesday.

The journey from its longtime berth at the San Jacinto Battleground State Historic Site in the Houston suburb of La Porte is part of a $35 million project to repair the hull and ultimately restore the ship to its former glory.

The ship’s repairs are part of the foundation’s plans to eventually resettle it in a new location in Texas, possibly in one of three nearby cities, including Galveston, in order to attract more visitors and increase revenue.

Moving the ship for repairs is “the major step in getting the ship back to tip top shape,” Tony Gregory, the president of the Battleship Texas Foundation, said Tuesday as he stood on the vessel while workers made final preparations.

The battleship will be pulled by four tugboats at a pace of about 5 knots per hour. The 40-mile (64 kilometer) journey to Galveston was expected to take about nine hours and won’t be without risk as the ship’s hull could leak enough to sink it.

“Once we get going, I anticipate it being pretty smooth… We feel like we’re prepared,” Gregory said.

Since 1948, the USS Texas has been located at the state historic site where the decisive battle in the Texas Revolution was fought. There, it’s served as a museum and tourist attraction. The battleship was previously taken to the same shipyard in Galveston for repairs in 1988.

For the last three years, the ship has been closed to the public as the foundation has been preparing for the repairs. In 2019, the Texas Legislature approved the $35 million to fix the hull. The foundation is planning to make other fixes which it’s paying for. All the repairs are expected to take up to a year to complete.

The foundation expects many people to gather along the ship channel to watch the ship go by.

Theresa McGowen, an interior designer from nearby Deer Park, said she planned to watch the ship on Wednesday and expected to get emotional while recalling memories of visiting the vessel as a child and then later with her children.

“It has a lot of meaning because it has a lot of special memories and the history of it as well. And they’re not bringing it back (to La Porte). There’s a little sadness with that,” she said.

Ross Lyon urges Essendon to be transparent in coaching process, says he is yet to be contacted