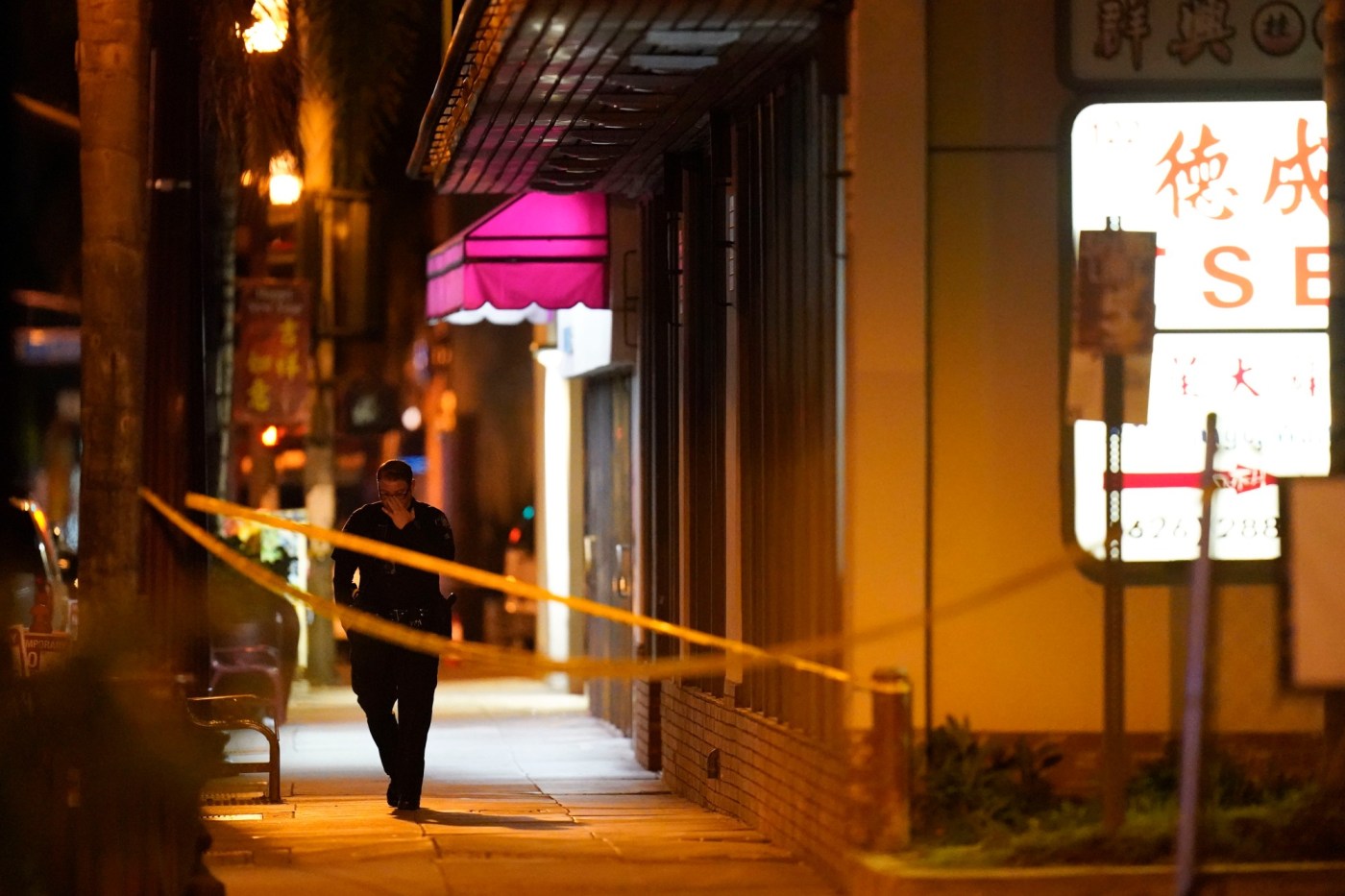 Lawmakers locally and across the nation were quick to respond early Sunday, Jan. 23, to another mass shooting in the United States, this time in Monterey Park, where at least 10 people were killed on Saturday night, Jan. 21.

The shooting happened during a city Lunar New Year celebration of the “Year of the Rabbit” in downtown Monterey Park. Details were only starting to emerge as dawn arrived. While law officers were still searching for the shooter and no determination has been made on whether it was a hate crime, lawmakers were calling for vigilance given a rise in racist incidents directed at the Asian community in recent years.

“My heart is broken for the victims, their families, and the people of my hometown Monterey Park who were impacted by the mass shooting that took place during a night of Lunar New Year celebrations,” wrote Rep. Judy Chu, D-Pasadena, whose district includes the city. “I am closely following the situation.”

Monterey Park should have had a night of joyful celebration of the Lunar New Year. Instead, they were the victims of a horrific and heartless act of gun violence.

Our hearts mourn as we learn more about the devastating acts of last night. We are monitoring the situation closely.

“The President has been briefed by the Homeland Security Advisor on the mass shooting in Monterey Park,” Jean-Pierre tweeted. “He directed her to make sure that the FBI is providing full support to local authorities, and to update him regularly today as more details are known.”

“Monterey Park should have had a night of joyful celebration of the Lunar New Year,” he tweeted. “Instead, they were the victims of a horrific and heartless act of gun violence.Our hearts mourn as we learn more about the devastating acts of last night. We are monitoring the situation closely.”

Honored to join @CityofMPK for their Lunar New Year Celebration! 🧧

Monterey Park holds significance as having one of the largest percentages of AAPI residents in the U.S. As Supervisor for the First District, I’m grateful to partner in building a more equitable society for all. pic.twitter.com/9TF6ev4bY8

As Solis noted, Monterey Park — which is in her supervisorial district — “holds significance as having one of the largest percentages of AAPI residents in the United States.”

A day later, she was worried about that population being targeted because of its race.

“As we await to see if this is a hate crime, we must continue the work of protecting our communities and keeping them safe” Solis said.

“I am devastated to learn that 10 people have been killed and at least another ten have been injured in a mass shooting that took place in the City of Monterey Park – and that a second possible scene in the neighboring City of Alhambra is also being investigated,” she added. “In what should have been a morning full of celebration honoring the Lunar New Year, our community is waking up to the shocking news and grieving the loss of loved ones and neighbors.”

Solis added: “I thank President Joe Biden for deploying the FBI which is providing support to the Monterey Park Police Department, and the Los Angeles County Sheriff’s Department which is also assisting. My office stands ready to assist all who have been impacted by this tragic incident.”

Janice Hahn, chair of the Los Angeles County Board of Supervisors, noted that there remains a search for the suspected gunman.

“I am shocked and heartsick over the news of the mass shooting in Monterey Park at that community’s Lunar New Year celebration and my prayers are with the victims and their families,” Hahn said in a statement. “The Los Angeles County Board of Supervisors offers our full support to Los Angeles County Sheriff Robert Luna as his department works to bring the suspected gunman into custody. If you have any information that could help investigators, I urge you to call L.A. County Sheriff’s homicide detectives at (323) 890-5500. Anonymous tips can be made by calling (800) 222-8477.”

“My heart goes out to Monterey Park and the families and friends of those lost,” Los Angeles Mayor Karen Bass posted on Twitter.

My heart goes out to Monterey Park and the families and friends of those lost. pic.twitter.com/OAg90QlRlL

The reverberations of the tragedy sparked renewed discussion on gun violence in a nation plagued by such shootings.

“I’m very concerned for our Asian population,” said U.S. Sen. Dick Durbin, D-Ill, noting that such New Year celebrations are happening across the country. “I hope we learn more quickly. I hope this is not a hate crime against Asian Americans. There have been far too many of those in the recent past.”

But Durbin acknowledged that mass shootings have become, “sadly, a uniquely American experience.”

Here is a sampling of other responses:

— Alhambra Mayor Sasha Renée Pérez: “To have this tragedy occur on Lunar New Year weekend, makes this especially painful. Monterey Park is home to one of the largest #AAPI communities in the country. This is a time when residents should be celebrating with family, friends and loved ones — not fearing gun violence.”

— L.A. County District Attorney George Gascón: “The mass shooting that occurred overnight in Monterey Park is unspeakable. Our office has been on site with Monterey Park PD, LASD, and our federal law enforcement partners. No community should have to experience a horrific tragedy like this — especially on a day meant for festivity and joy. We stand with the Monterey Park Community and everyone involved.”

— Rep. Adam Schiff, D-Burbank: “Ten dead in Monterey Park. I am sickened. A horrific example of needless gun violence. With bigotry toward AAPI individuals as a possible motive. The families are in my prayers as we seek information by law enforcement. We’ll never quit demanding real action on gun safety.”

— L.A. City Councilman Mike Bonin: “My God. A mass shooting as people celebrate the Lunar New Year in Monterey Park. This is heartbreaking and devastating.”

— L.A. City Controller Kenneth Mejia: “Our hearts go out to those who lost loved ones tonight in our neighboring city, Monterey Park, where a mass shooting just occurred. Monterey Park is home to one of the largest Asian communities in Los Angeles County and many were out celebrating the Lunar New Year.”

— Diamond Bar Mayor Andrew Chou: “Our prayers are with our friends and colleagues in the great city of Monterey Park. We stand ready to lend our support during this difficult time as we wait for more confirmed details of an alleged mass shooting incident.”

–Burbank Mayor Konstantine Anthony: “This is a devastating way to start the Lunar New Year and I stand with the AAPI residents of LA County in rejecting the hatred and fear of those with ill intent and access to deadly weapons.”

All Booked | My Favorite Bookish Podcasts