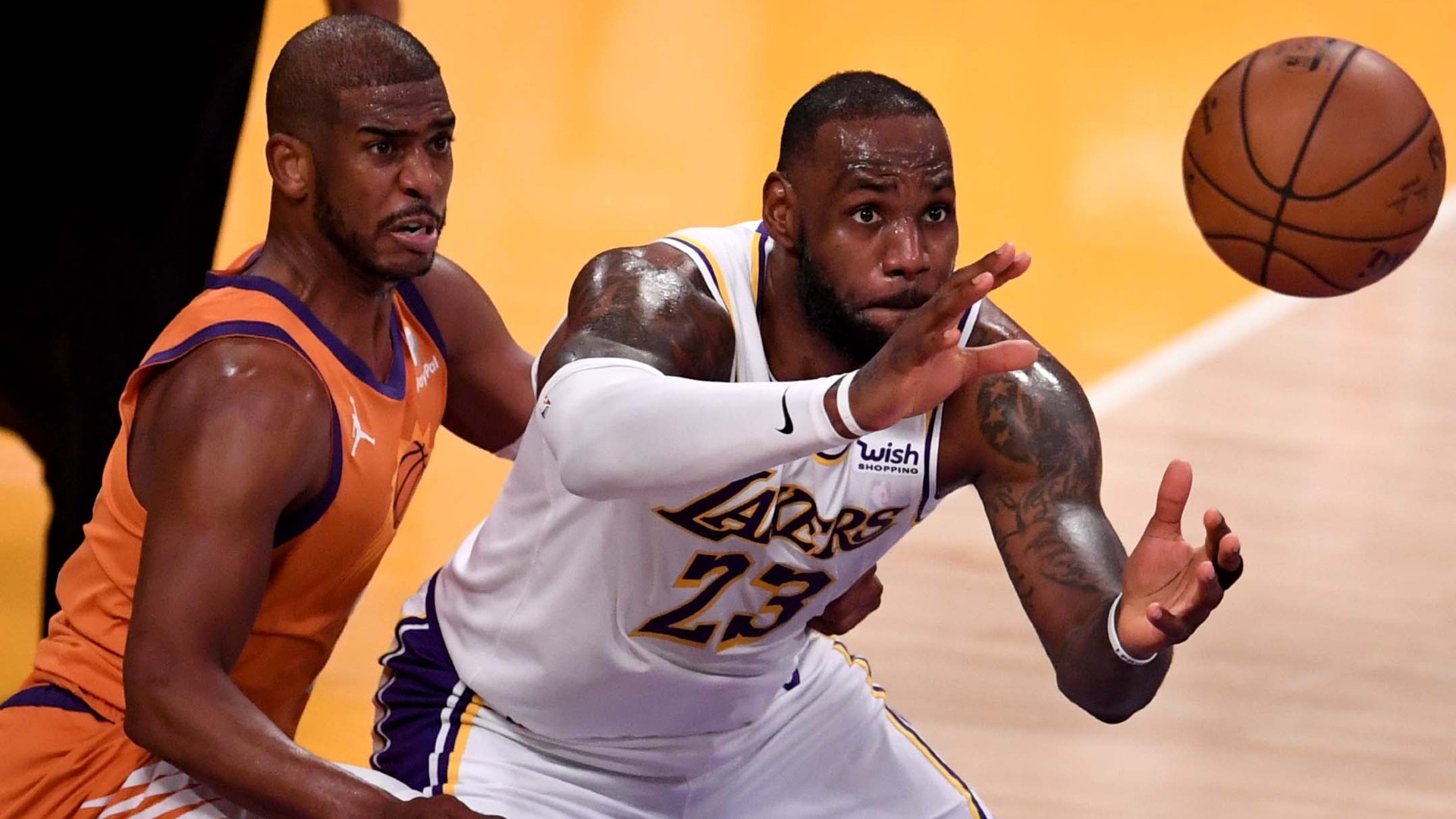 LeBron James and the Lakers are going big-game hunting.

Los Angeles’ back court had some serious issues last season, with the move to acquire Dennis Schroder not exactly paying dividends.

So now, according to reports, LeBron and LA are targeting a few household names to help push the point guard position forward: Chris Paul and Russell Westbrook are both on their radar.

Per Marc Spears of The Undefeated:

According to sources, LeBron James and the Los Angeles Lakers have been on the hunt for a veteran point guard, and Paul is on the list. There have also been talks about Washington Wizards star Russell Westbrook being a potential candidate to move back home to Los Angeles in a sign-and-trade deal that could include free agent point guard Dennis Schroder, forward Kyle Kuzma and guard Talen Horton-Tucker, sources said.

Anything involving Paul would likely rely on Paul opting out of the massive $44 million remaining year on his contract, a conclusion that isn’t necessarily likely. With the Suns going to Game 6 of the NBA Finals, maybe Paul is comfortable running it back with Phoenix for one more shot.

That, of course, isn’t going to be the easiest path in the Western Conference: Phoenix would have to vie with (potentially) healthy Lakers and Warriors teams to get back to this year’s spot.

If the Lakers choose to target Westbrook instead, they’ll have to get creative with a potential trade that would likely include Kyle Kuzma, picks (well, what they have left of them) and a sign-and-trade with Schroder.

Whether it’s bringing Westbrook back to the West Coast or Paul reaching his destiny as a Laker, expect Los Angeles’ depth chart to look much different next season.

OnePlus Nord 2 Review: do you even need a flagship?