Lack of runs, the reason for Virat Kohli quitting as T20 captain? 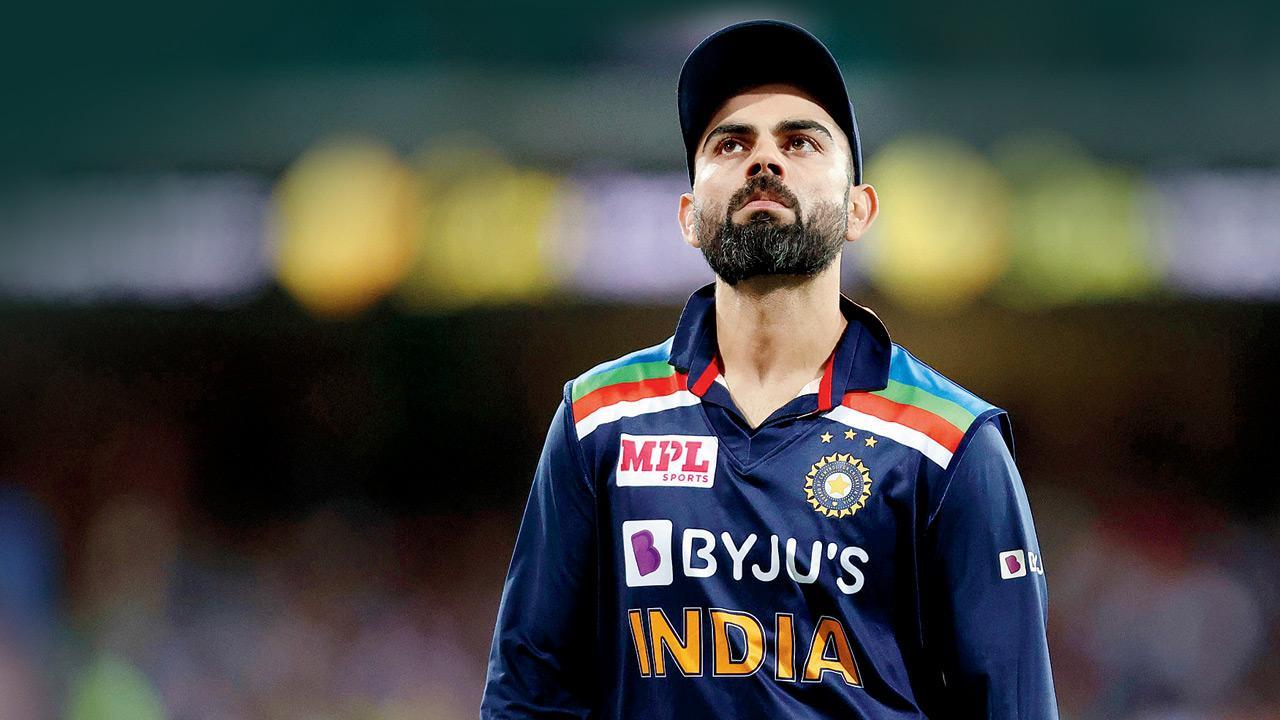 Just eight days ago, Virat Kohli was on a video conference call from Manchester with the national selectors to pick the team for the T20 World Cup—his maiden ICC event assignment in the shortest format.

On Thursday, Kohli decided to step down as T20 captain after the World Cup in UAE and Oman. The path is now clear for Rohit Sharma, who has led Mumbai Indians to five IPL titles, to take over the T20 captaincy.

Former chairman of selectors MSK Prasad, during whose tenure Kohli was handed over the reins after Dhoni stepped down as limited-overs captain in 2017, felt Kohli would have thought of giving up the T20 captaincy to regain his touch as a batsman.

“It is more to do with this personal feelings. It has nothing to do with pressure from any corner. One [reason] could be stress, the other, form. He definitely doesn’t want to lose the Virat Kohli we all know. So, probably he feels he is not performing up to the standards he has set. He is the sort of player who always wants to raise the bar, raise the standards.

“With every passing year in the last decade, he has set very high standards. We all know what kind of a player Virat is. And in the last one-and-a-half-year, this same Virat has been missing out on all those centuries. So, it must be definitely making an impact on his mind. That’s the only reason I see; that he would want to focus on his batting and his contribution to the team with the bat,” Prasad told mid-day on Thursday.

Kohli is going through a tough phase as a batsman in Test cricket, averaging just 26.80 in the last 12 Tests. Doing well in the longest format is what Kohli craves for. Overall too, Kohli has been without a century in 53 innings across all formats.

Stress and the skipper

Prasad felt Kohli could have delayed the announcement till the T20 World Cup was over. “This decision should have been announced after the T20 World Cup. I think he wants to unburden himself. This stress is created due to playing in the bio-secure bubble, the travel and being away…so it’s a culmination of all those factors, which would have put so much of stress on his mind. More importantly, the kind of high standards that he has set for himself. So all these things would have played a role in his decision,” said the former India stumper.

Only a couple of days ago, BCCI treasurer Arun Dhumal had rubbished a report of Kohli set to step down as limited-overs captain. The decision left him stumped. “It is definitely surprising. But like he [Kohli] said, it was on his mind and he had discussed with the team management. Every batsman goes through such phases in their career, so it is not something new. Also, the COVID-19 situation has taken a toll on everyone. We respect his decision and are grateful for his contribution as T20 skipper,” Dhumal told mid-day.

Meanwhile, India’s 1983 World Cup-winning captain, Kapil Dev said he was not surprised at all by Kohli’s decision.

Kapil wanted no questions directed at Kohli as to why he decided to step down. “He has been leading the Indian team for a good number of years. He must have thought a lot before taking such an important  decision. He is the best judge in this regard,” said Kapil, stressing that even Dhoni quit the captaincy in a quiet fashion. “They are adults and we should respect those decisions,” added Kapil.

Understanding workload is a very important thing and considering my immense workload over the last 8-9 years playing all three formats and captaining regularly for last 5-6 years, I feel I need to give myself space to be fully ready to lead the Indian team in Test and ODI cricket.

Of course, arriving at this decision took a lot of time. After a lot of contemplation and discussions with my close people, Ravi bhai and also Rohit, who have been an essential part of the leadership group, I’ve decided to step down as the T20 captain after this T20 World Cup in Dubai in October. I will continue to serve Indian cricket and Indian cricket team to the best of my ability.