La Niña vs El Niño: What's the difference between the weather patterns? 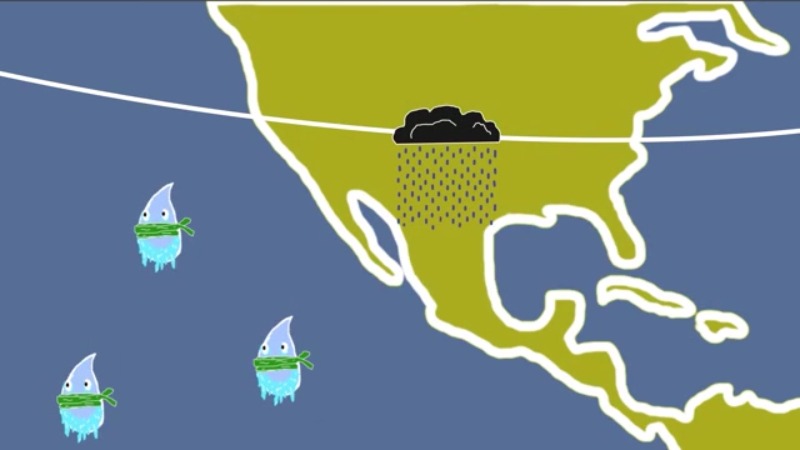 (KXAN) — La Niña has been plaguing the United States for years. The weather pattern has caused serious drought and heatwaves.


No hurricanes in August — has that happened before?

“The El Niño-La Niña cycle is driven by winds over the Pacific Ocean,” says Yeomans. “In a normal year, trade winds blow lightly from East to West near the equator — carrying warm water between Indonesia and Australia. Meanwhile, the water near South America is cooler.”

What are La Niña and El Niño?

La Niña — Under La Niña conditions, the trade winds moving from East to West get stronger. These winds slosh warm water on the ocean’s surface westward, like a big bathtub. As this warm water moves off the coast of South America, cold water from the deeper ocean takes its place. This colder water drives the path that storms travel up into the northern U.S. Think of La Niña as the “cold” phase.

El Niño — An El Niño pattern is the total opposite. Trade winds near the equator lighten or even switch directions, Yeomans says. This sloshes the warm water eastward and causes storms to travel into the southern U.S. Think of El Niño as the “warm” phase.

Basically, these two weather patterns move warm water in different directions, determining which areas of the U.S. are likely to see storms and flooding, or alternatively, drought.

How often do La Niña and El Niño happen and how long do they last?

El Niño-La Niña cycles happen every 3-7 years and last about 9-12 months, according to the National Oceanic and Atmospheric Administration. Together, they make up a pattern called the El Niño-Southern Oscillation, or ENSO.

When neither system is occurring, scientists say conditions are “ENSO-neutral.”

Why are they called ‘La Niña’ and ‘El Niño’?

The names, according to NOAA, date back to South American fishermen in the 1600s. They noticed warm water periods that peaked around Christmas and called these periods “El Niño de Navidad,” which translates to “Christ Child” or “Little Boy of Christmas.” Meanwhile, “La Niña” gets less regal treatment and simply means “Little Girl.” Sometimes she’s also called “El Viejo,” which translates to “The Old [Person].”

Fact-check: Does UP schools serve paneer, apple and ice-cream in mid-day meal?

Brendan Fraser’s The Whale Has Premiered, And Critics Have A Lot Of Thoughts About The Film