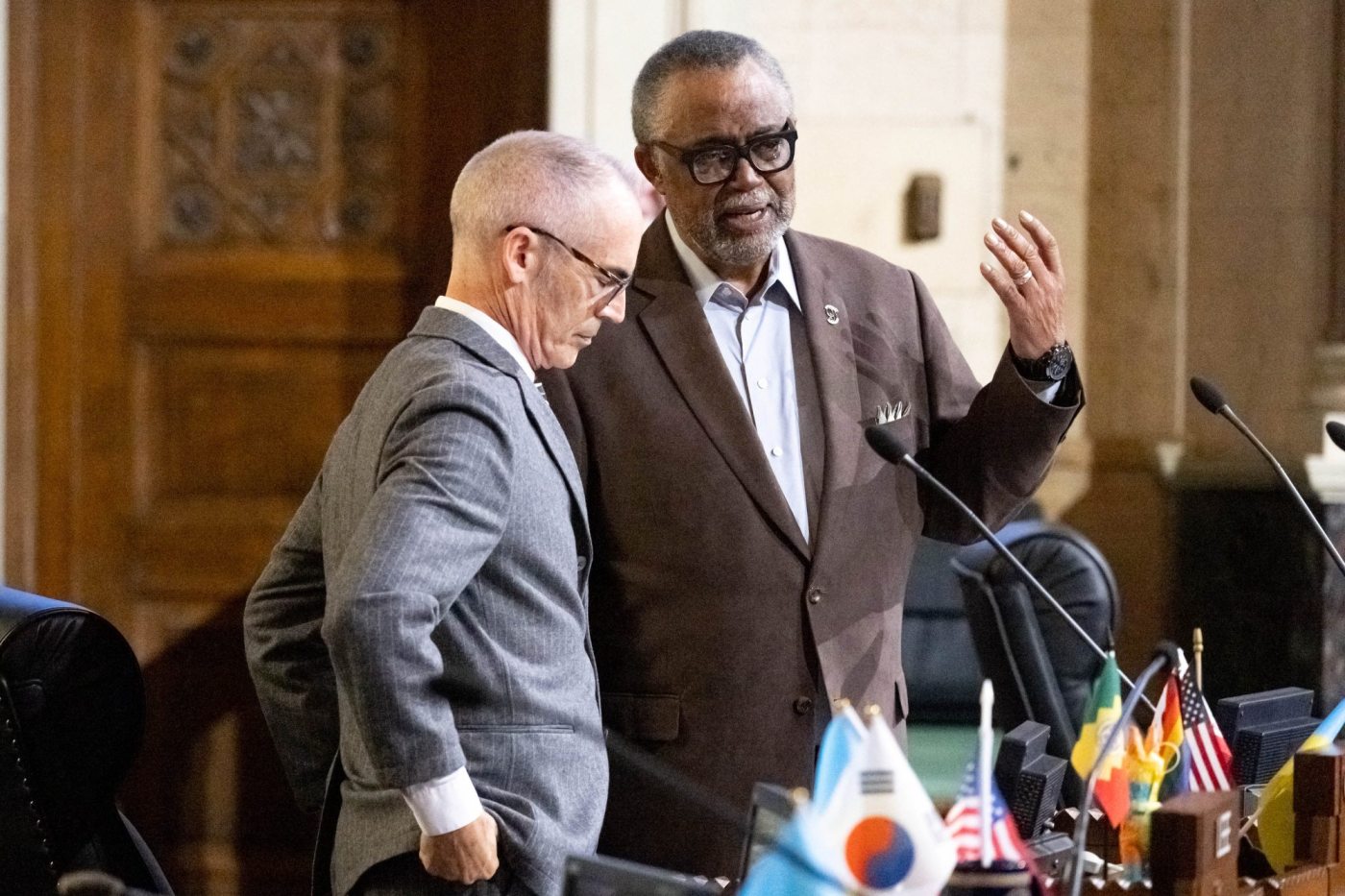 Soto-Martinez led O’Farrell by nearly 5,000 votes after Tuesday’s vote-counting update, holding more than 55% of the vote. He has been ahead since Election Day after also taking first place in the June primary.

“We ran this campaign to build community power for workers, immigrants, the unhoused, people of color, young people, renters, and all of us who have been neglected by our city officials,” Soto-Martinez said in a statement declaring victory. “Now, we’re bringing this movement into City Hall.”

O’Farrell, in a statement Tuesday afternoon after the Los Angeles County Registrar-Recorder/County Clerk updated the count, said the results were “not what we hoped for,” but he was proud of his campaign and team. O’Farrell pledged to ensure a smooth transition to “the new council member so residents can continue to receive constituent services without interruption.”

He did not mention Soto-Martinez by name.

“From my earliest days as a neighborhood volunteer, to the last nine years as your city council member, I have poured my heart and soul into the 13th District,” O’Farrell said. “For over 20 years, it has been a great privilege and honor to have been a public servant, working on behalf of the amazing communities of our district.”

Soto-Martinez bested O’Farrell during the June primary, winning 41% of the vote compared to 32% for O’Farrell, forcing a runoff. The 13th District stretches from Hollywood to Glassell Park.

Prior to Raman’s victory, a challenger had not beaten an incumbent in 17 years.

“The campaign that you and your team ran was inspiring and energizing — a grassroots movement that led with love and positive vision,” Councilman Mike Bonin said to Soto-Martinez on Twitter. “I’m excited that you’ll be bringing these values and that leadership to City Hall.”

Hernandez tweeted in a reply to Soto-Martinez: “Congratulations, fam!”

Players need to go out for lunch, dinner too: Pique