Kyiv could ‘seize Kherson before the winter’ 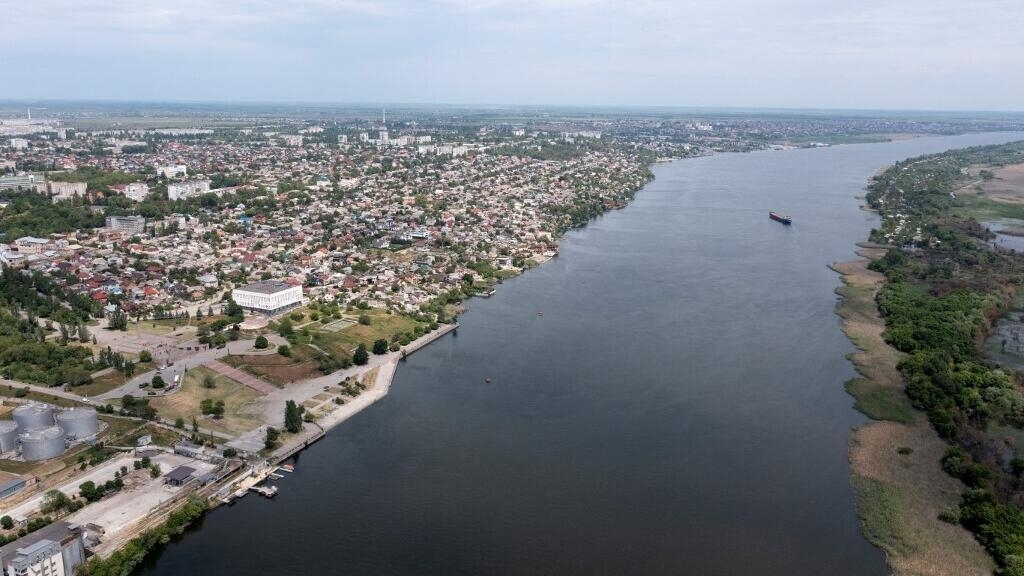 Ukrainian troops are currently conducting a counteroffensive in the southern Kherson region. There are no on-the-ground assessments of the fighting since journalists are barred from the frontlines. But General Dominique Trinquand, former head of the French military mission to the UN, says that barring unforeseen battlefront developments, the Ukrainians could be in a position to seize the entire right bank of the Dnieper River, including Kherson city, by October

The Ukrainian counteroffensive in the southern Kherson region, which was launched last week, is Kyiv’s most ambitious military offensive since Russian forces were expelled from the capital earlier this year.

Ukraine’s southern military command has said an unspecified number of towns in the area have been recaptured. While the claims cannot be independently verified, the Moscow-appointed administration in the occupied Kherson region have said they are “pausing” a planned referendum on joining Russia due to the security situation.

Should this be seen as a turning point in the conflict that has entered its seventh month? In a speech on Sunday, President Volodymyr Zelensky said Ukrainian forces were advancing in southern and eastern Ukraine. Do the Ukrainians have the means to continue this offensive and inflict losses on the Russian military? FRANCE 24 speaks to General Dominique Trinquand, a defence specialist and former head of the French military mission to the UN.

FRANCE 24: What do we know about the mysterious counteroffensive conducted by Kyiv in recent days?

General Dominique Trinquand: The Ukrainians have created a total blackout on all information. Journalists are forbidden. It is therefore very difficult to know how far the troops have progressed. However, we know that offensives are taking place on almost the entire southern frontline. It is believed that the Ukrainians are testing the Russian defences in order to create gaps and then send reinforcements. Currently, the Russian axis of effort is in the [eastern region of] Donbas. The Ukrainian axis of effort is in the [southern] Kherson region.

What can also be said is that the Ukrainians have methodically prepared this offensive and have focused on massing their means to succeed. They began by disrupting Russian logistics using long-range artillery, hitting arms depots, communication hubs, command posts and bridges across the Dnieper River. This is called “shaping the battlefield”. Russian troops then had a hard time getting supplies [to the frontlines].

There have been reports of explosions, acts of sabotage deep inside Russian-held areas of Ukraine in recent weeks. Are these part of the strategy to “shape the battlefield”?

Of course. Actions in depth contribute to this objective. Whether they’re by infiltrators, special forces, heavy artillery or even the air force, which intervened in force last week, they’re part of the strategy. This also means that the heavy armaments Ukraine has asked for have arrived on the frontline and that they are effective. Is there enough of it? That is another question.

Can we say this offensive is working and that it is succeeding in putting pressure on the Russians?

The first indication of success that we have is a speech [on Sunday] by President Zelensky, which indicated that the offensive is progressing well. We can assume that if he starts talking about it despite the news blackout, it is true. The second clue is the Russian reaction to the cancellation of the referendum on annexation. Then there’s also the Russian reinforcements sent to the south from the Donbas and Crimea.

The Russians seem surprised by the methods used. The destruction of ammunition depots and logistical hubs, particularly the railroads, have considerably destabilised them. Today, if the forces stationed west of the Dnieper River no longer receive shells, they will no longer be able to defend themselves. If they no longer receive food, it will be dramatic for some units.

Some Ukrainian officers say that many Russian soldiers prefer to flee without fighting rather than advance with their troops. Does this seem credible to you?

It seems credible and tallies with a number of reports. It also explains why President Putin recently appealed to the separatists in the Donbas. There seems to be a loss of confidence in these Russian units, most of which have been in combat for four or five months, have not been replaced, and are probably in bad shape. The Russians have a big human resource problem right now. They are trying to recruit a lot of people but President Putin, not wanting to declare war, cannot issue a mobilisation call. He wants to continue to give the impression that everything is going normally.

Under these conditions, how far can the Ukrainian army go? Is it possible that it will take back the city of Kherson?

I think that before the winter, the Ukrainians could take over the whole right bank of the Dnieper, including the city of Kherson. It should be remembered that this city fell very quickly by surprise at the beginning of March, but the population is not at all in favor of the Russian occupation.

If Ukraine succeeds in this objective, it would be a major coup because, for the first time since the start of the conflict, Russia would have backed down. There could also be a number of Russians taken prisoner, which would be very damaging for President Putin.

This article was translated from the original in French.

‘Couldn’t really walk for a second’

Barbarian Review: Not As Advertised, In A Very Bonkers And Brutal Way

ICICI Bank hikes key lending rates by 15 bps: How would your…

Tesla is borrowing Autopilot team for its robot project

Some Sequels Are So Awful They Almost Disgraced a Classic…

BPD arrests 3 as part of theft investigation in hospital…