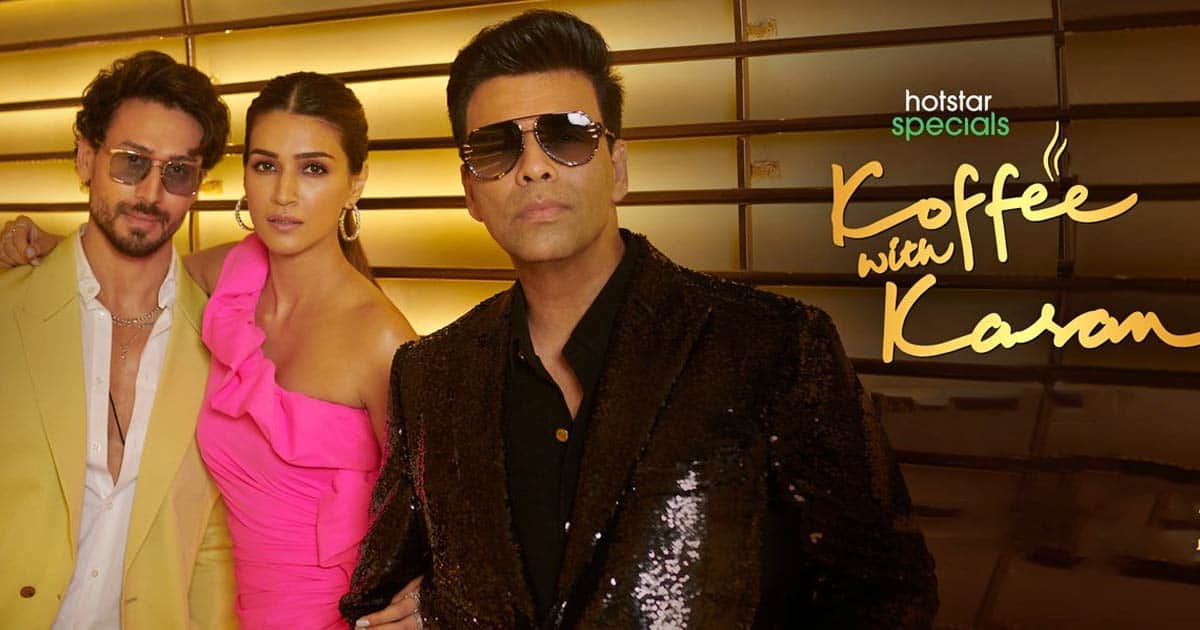 The manifestation game has been going strong in Disney+ Hotstar’s Koffee With Karan Season 7. From Sara Ali Khan to Ananya Pandey to Sidharth Malhotra, stars are not shying away from naming who resides in their heart. In the season’s ninth episode, the couch brings together two stars who started out as debutants together but have now carved a niche name in the hearts of viewers. This week, ‘action star’, Tiger Shroff graces the couch alongside his former co-star and gorgeously talented Kriti Sanon.

The duo makes viewers’ hearts hopscotch with their manifestations, confessions and never-before-heard conjectures.

Koffee With Karan Season 7 has revealed several unknown facts about one of Bollywood’s beloved films, Student of The Year. From scenes that never made it to the film to the show’s iconic host and the film’s director Karan Johar revealing his doubts about the film, in the latest episode, we learn how the film had decided on the fate of yet another star, Kriti Sanon. The actor revealed how SOTY was her very first film audition.

“This was right when I had started modelling. It was my career’s very first film audition and I was asked to dance to Bahara and some scenes from Wake Up Sid. I was horrible back then,” said Kriti Sanon.

Kriti Sanon also mentioned that she was ill-prepared for the film and that she held no hard feelings toward the film’s lead, Alia Bhatt. Stay tuned and watch Hotstar Specials Koffee with Karan Season 7 exclusively on Disney+ Hotstar, with newer segments and the all-time favourite rapid fire – bringing fans closer to their favourite stars.

Must Read: Koffee With Karan 7: Kiara Advani Wants Alia Bhatt To Be One Of Her Bridesmaids At Her Wedding With Boyfriend Sidharth Malhotra, Here’s Why!