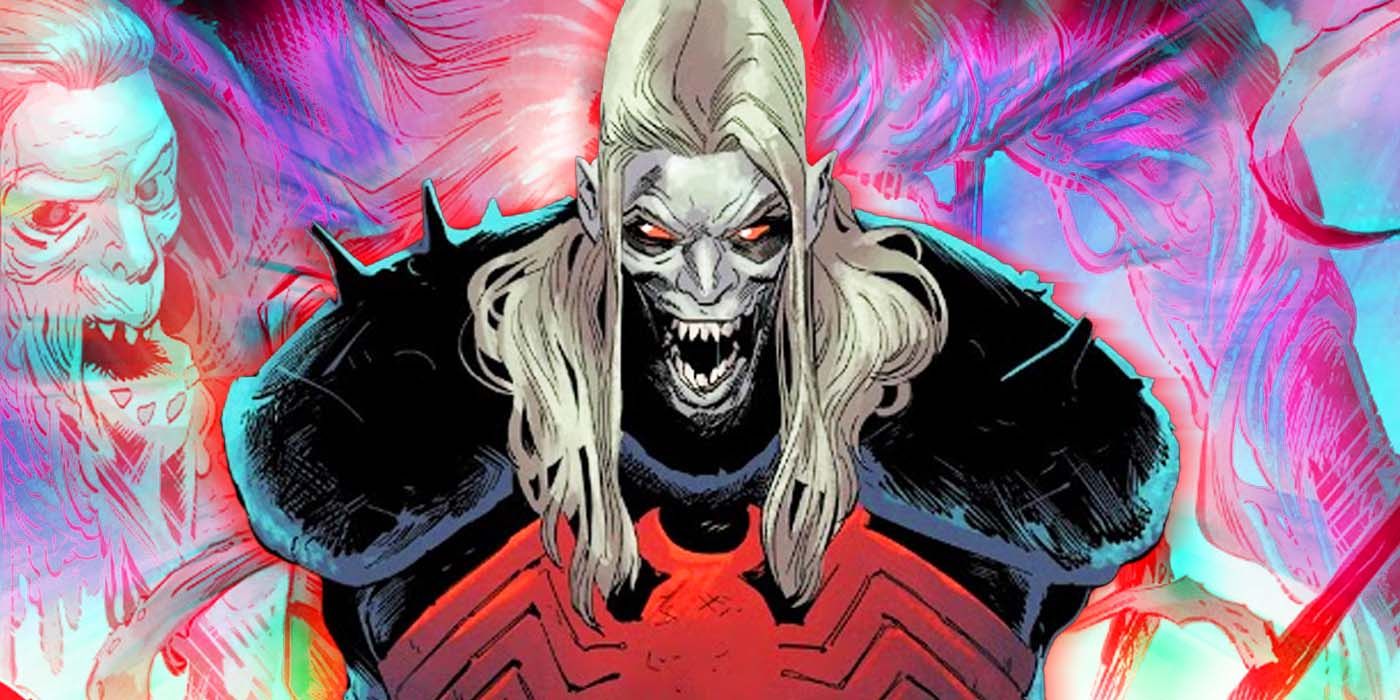 In King in Black: Planet of the Symbiotes, Knull finds his most devoted follower on Earth and transforms him into a monstrous new symbiote.

WARNING: The following contains spoilers for “Ravencroft: Institute for the Criminally Insane” story from King in Black: Planet of the Symbiotes #1, by Frank Tieri, Danilo S. Beyruth, Rachelle Rosenberg and Danny Khazem, on sale now.

In the King in Black event, the god of the symbiotes Knull has arrived on Earth, and he’s taken over the entire planet. His symbiote dragons defeated the Avengers and the X-Men, he unleashed his dark Celestials and he covered the world in a massive symbiote, cutting it off from the rest of the universe. And that’s just the beginning. Knull has also reclaimed the Venom symbiote, and he left Eddie Brock for dead. What’s more, he’s got plenty more plans to secure his hold on the planet — and it involves creating a dangerous new symbiote.

And in the short story “Ravencroft: Asylum for the Criminally Insane” from King in Black: Planet of the Symbiotes #1, Knull finds his most devoted follower on Earth, Cortland Kasady, and transforms him into a frightening new symbiote named Plague.

RELATED: King In Black: Is Namor About To Unleash Cthulhu On The Marvel Universe?

Cortland Kasady was introduced following the conclusion of the Absolute Carnage, in Jan.  2020’s Ruins of Ravencroft: Carnage #1. Cortland was the ancestor of Cletus Kasady, aka Carnage, who lived in America during colonial times. After venturing into a dark forest in search of his wife, Cortland would first come across a cult of followers devoted to Knull, and he himself would eventually become one of them. Driven mad by the knowledge of this dark god, Cortland became the first mass murderer of the New World, until he was eventually imprisoned in what would become the Ravencroft Institute.

But his story wouldn’t stop there. In Ravencroft #5, an operative of the J.A.N.U.S. organization would unearth, in the old wing of the Ravencroft Institute, the tomb of Cortland Kasady. The killer’s body was being preserved in a chamber that bore Knull’s mark, and it seemed like the cult was prepping him for the arrival of their god.

And now, Knull is finally here.

RELATED: King In Black: The Avengers’ Ultimate Threat Is Even Fighting Knull

In King in Black: Planet of the Symbiotes #1, the god of the symbiotes pays a visit to the Ravencroft Institute. After his symbiote dragons swarm the building, Knull slithers into the tomb of Cortland Kasady, where he finds the remains of the mass murderer whom he describes as his most devoted follower. “In all my eons of existence, in all my countless travels… None spread more death and destruction… None spread more darkness in my name… than he did.”

To unleash his threat once again, Knull awakens the body of Cortland Kasady by vomiting a new symbiote that bonds with Carnage’s ancestor. Once the transformation is complete, Cortland returns to life as Plague, a glowing, purple, skeletal symbiote that is capable of stealing the life force of anyone he can get his hands on. Both Man-Wolf and Misty Knight try to stop Plague, but he leaves in a blast of energy that teleports him away. But before he departs, Plague swears that he will complete the mission he started so long ago and that he will avenge his bloodline by killing Eddie Brock, who defeated Cortland’s descendant, Cletus Kasady. Now sure, Eddie Brock might currently be dead, but it seems likely that he will be able to return to life thanks to his symbiote. But if that happens, once Eddie returns, he’ll have to fight Plague before he can ever get the chance to face Knull.