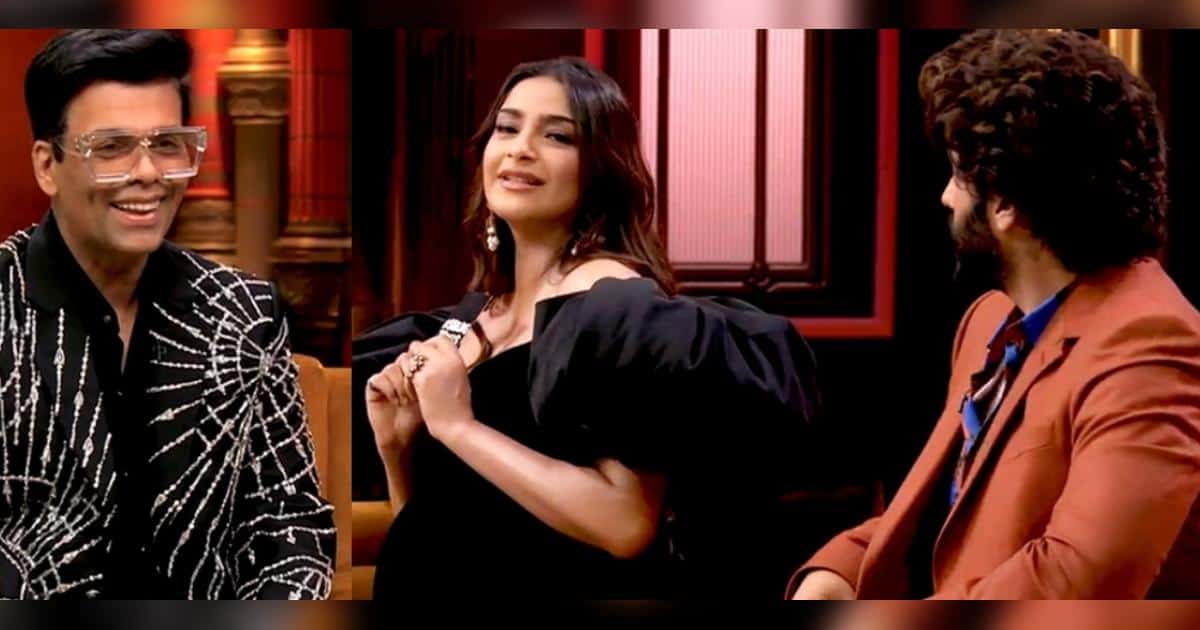 Bollywood sibling stars Arjun Kapoor and Sonam Kapoor are all set to tickle the funny bone of many as they will be seen in the upcoming chat show ‘Koffee With Karan’.

In the latest promo, Karan is seen asking Sonam about Arjun: “How many friends of yours has he slept with?”

Replying to Koffee With Karan host Karan Johar, Sonam Kapoor, looping in her real-brother Harshvardhan Kapoor, replied: “I am not discussing it, between my brothers there’s no one left”

Karan Johar burst out laughing and said: “What kind of brothers do you have?” To which, pat came the reply from Arjun Kapoor: “What kind of sister are you, what are you saying about us. Why does it feel that I have been called on this show to be trolled by Sonam.”

Talking about his lady love Malaika, Karan asked how he saved her name on his phone.

To which, Arjun Kapoor replied: “I really like her name. Malaika.”

In the Koffee With Karan promo, Sonam Kapoor is also seen asking Arjun Kapoor about one thing that annoys him about her.