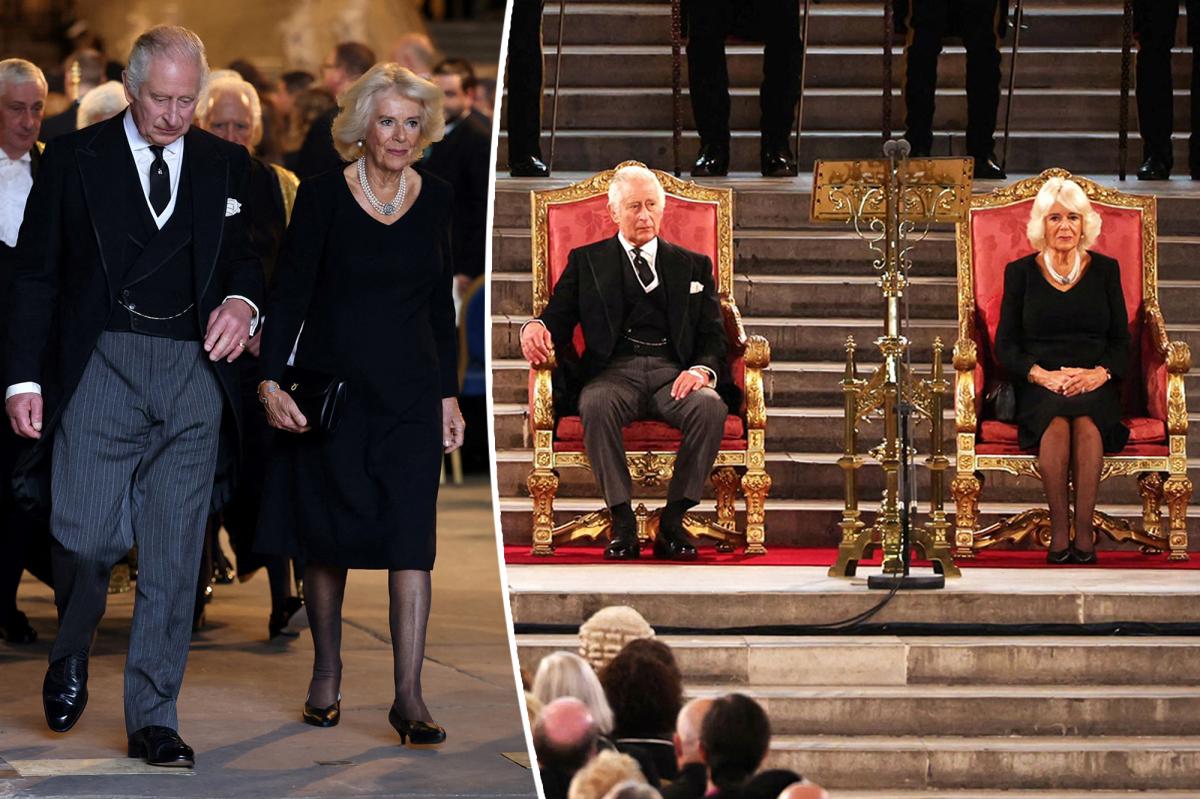 King Charles III and Queen Consort Camilla sat on their thrones at Westminster Hall in London for the first time on Monday.

The new monarch, 73, addressed the 900 members of Parliament and the House of the Lords after his mother, Queen Elizabeth II, died on Sept. 8 at the age of 96.

The representatives offered their condolences to Charles, who expressed how “deeply grateful” he was for their support.

“As I stand before you here today I cannot help but feel the weight of history, which surrounds us and which reminds us of the vital parliamentary traditions,” the king began his address.

King Charles III and Queen Consort Camilla sat on their thrones at Westminster Hall on Monday. 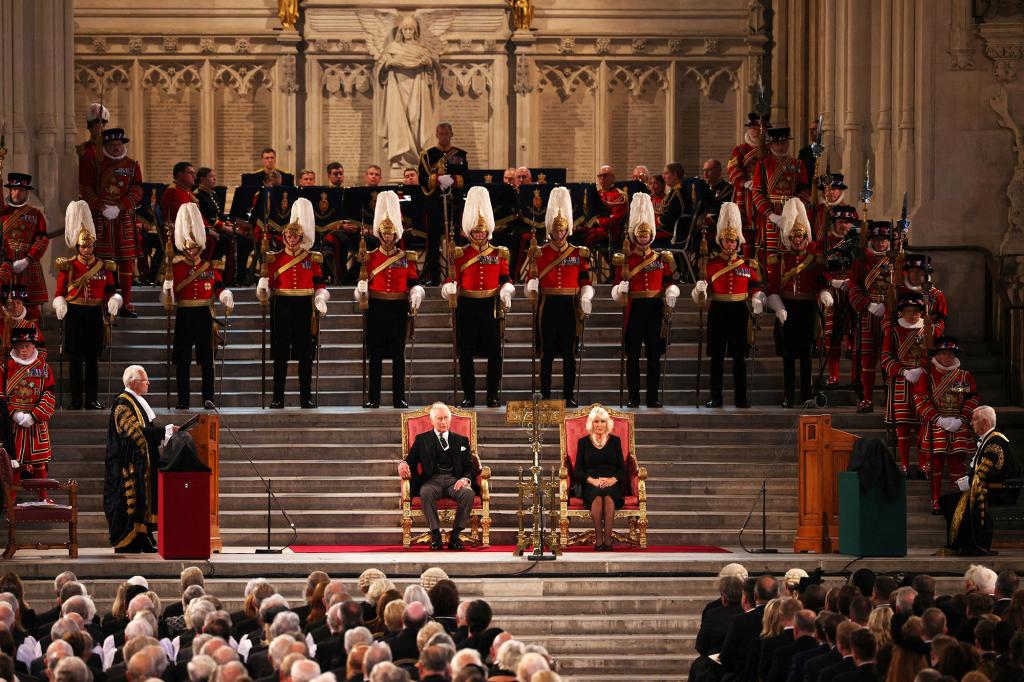 King Charles III and Queen Consort Camilla sat on their thrones at Westminster Hall on Monday.

“I do love the rain and I do love running…

Charles then referenced several “tangible connections” between Parliament and his “darling late mother” — including commemorations for the Queen’s Silver, Golden, Diamond and Platinum Jubilees (the Platinum memorial has yet to be unveiled).

“While very young, her late majesty pledged herself to serve her country and her people and to maintain the precious principles of constitutional government which lie at the heart of our nation,” he continued.

“This vow, she kept with unsurpassed devotion. She set an example of selfless duty, which with God’s help and your counsel’s, I am resolved faithfully to follow.” 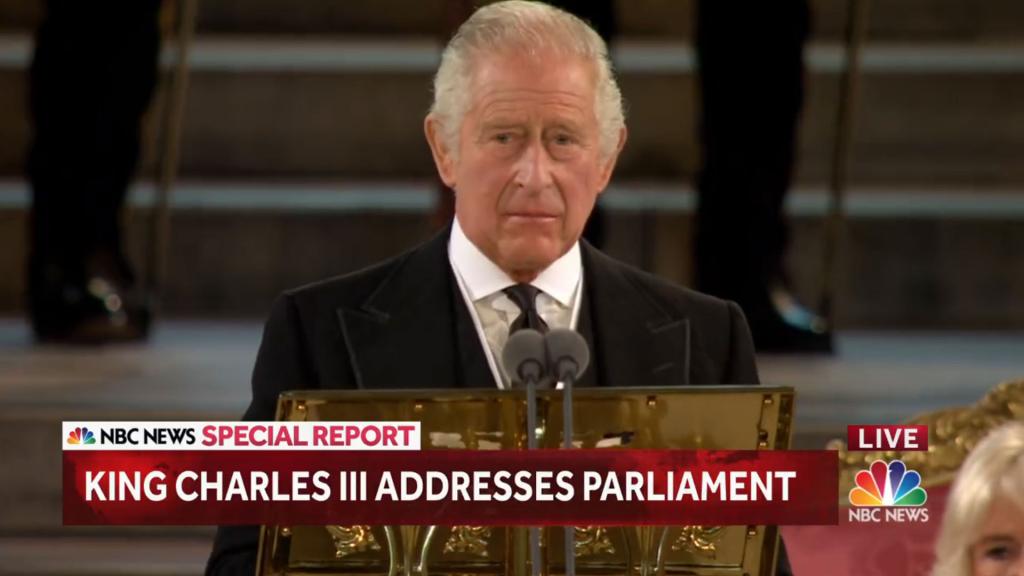 The king praised his late mother’s “unsurpassed devotion” to her country. 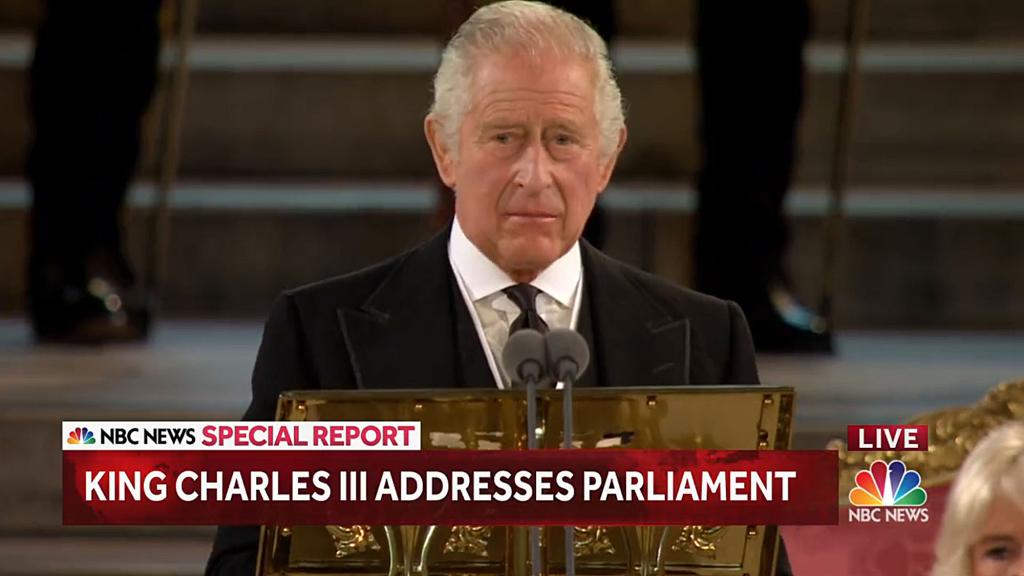 The king praised his late mother’s “unsurpassed devotion” to her country.

“I do love the rain and I do love running…

Charles then took his seat on the throne next to his wife, who had been sitting on her own throughout his speech. The two sat for less than a minute before everyone stood to sing the national anthem.

The new sovereign appeared emotional as he heard the crowd sing the modified lyrics of “God Save the King.” His eyes looked glossier than normal, and at the end of the song, he looked down for a moment before giving a quick smile.

Charles was officially proclaimed monarch of the UK and Commonwealth on Saturday.

“My mother’s reign was unequaled in its duration, its dedication and its devotion,” he said in an address to the Privy Council at the time. “Even as we grieve we give thanks for this most faithful life. I am deeply aware of this great inheritance and of the duties and heavy responsibilities of sovereignty which have now passed to me.”

The Queen died hours after the royal family announced she had been placed under “medical supervision” at her Balmoral Castle in Scotland last Thursday.

She reigned for a historic 70 years.

Forget Silicon. This Computer Is Made of Fabric