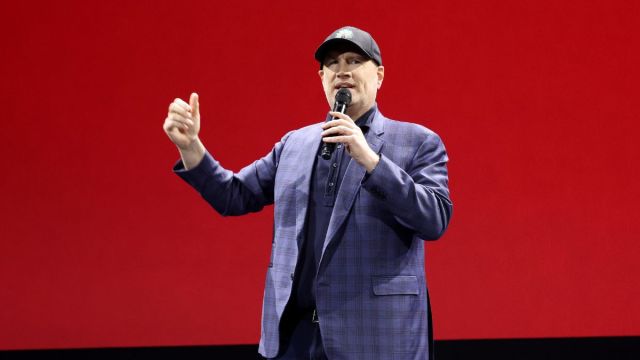 Superhero films are continuing to churn out new content nearly every single month, and other production companies like Warner Bros, want to get a piece of that pie. Fortunately for Disney and Marvel, these studios were able to get the formula just right and are still able to profit from creating superhero films, becoming a powerhouse within Hollywood. And while there are discussions about when this trend would come to an end, Marvel’s executive producer Kevin Feige thinks otherwise.

In a recent interview with the Movie Business Podcast, Feige explains how the “superhero fatigue” isn’t happening just yet and how there is still room to share these heroes’ stories on the screen. He explained how during the planning of each of the Disney Plus series, he and the team learn something new since they try to change up their storytelling in each new Marvel title.

“We have now completed 10 series for Disney Plus. And the fun thing about starting to do ongoing narrative long-form series was that it was a whole new learning curve. It’s a whole new opportunity to stretch and work out a different storytelling muscles for us.”

When he spoke about his long-term experience at Marvel Studios, he thought that people would be bored of superhero films during his second year. In the end, he’s been in the company for over two decades and is also aware of how long the comic book industry lasted since its birth. To Feige, as long as comic books and graphic novels continue to churn out superhero stories, he doesn’t think that people will be bored with superhero films.

“I’ve been at Marvel Studios for over 22 years, and most of us here at Marvel Studios have been around a decade or longer together. From probably my second year at Marvel, people were asking, ‘Well, how long is this going to last? Is this fad of comic book movies going to end?’

“I didn’t really understand the question. Because to me, it was akin to saying after ‘Gone With the Wind,’ ‘Well, how many more movies can be made off of novels? Do you think the audience will sour on movies being adapted from books?’ You would never ask that because there’s an inherent understanding among most people that a book can be anything. A novel can have any type of story whatsoever. So it all depends on what story you’re translating. Non-comic readers don’t understand that it’s the same thing in comics.”

Feige has been an executive producer for almost every Marvel film since 2000. And since then, he’s produced some of the most iconic films pre-MCU like X-Men and the first Tobey McGuire Spider-Man. He then later helped craft what would eventually become the MCU once Marvel was owned by The Walt Disney Company. Last year, he announced what’s to come for Phase Five and Six and showed no signs of plans to resign.

And while box office results were somewhat mixed last year, they still showed that people are interested to see these films. As long as there is money to be made in these films, don’t expect superheroes to stop appearing on the big screen.