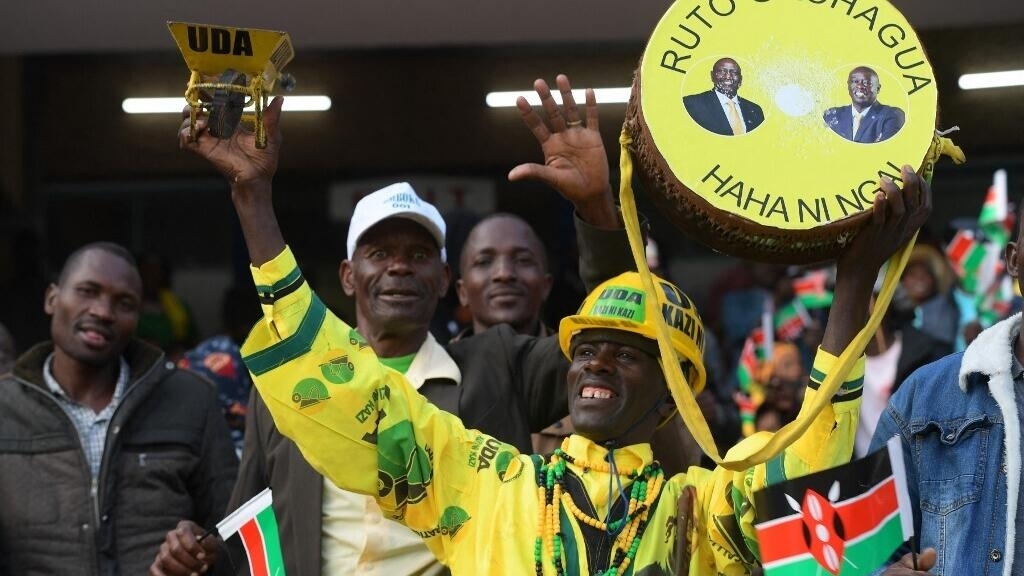 William Ruto has been sworn in as Kenya’s president. He narrowly won the Aug. 9 election in East Africa’s most stable democracy over longtime opposition figure Raila Odinga. The Supreme Court last week rejected challenges to the official results.

Ruto had been the deputy to outgoing President Uhuru Kenyatta but had a bitter split with Kenyatta that left the two not speaking for months at a time. On Tuesday, the audience cheered as the two shook hands.

Scores of people were crushed and injured as Kenyans on Tuesday forced their way into a stadium where William Ruto is being inaugurated as president.

A medic said a fence at the Nairobi stadium fell down after people pushed it and about 60 were injured, though the number may rise. “We had to treat some with minor injuries. Most of them were rushed to the main hospital in Nairobi,” Peter Muiruri said. There were no reports of deaths.

People tried to dodge baton-wielding security forces. Some failed. “I was beaten by the police after trying to get inside,” said one witness, Benson Kimutai. Ruto narrowly won the Aug. 9 election in East Africa’s most stable democracy over longtime opposition figure Raila Odinga, and the Supreme Court last week rejected challenges to the official results.

Ruto is taking power in a country heavily burdened by debt that will challenge his efforts to fulfill sweeping campaign promises made to Kenya’s poor.

Ruto has been the deputy to outgoing President Uhuru Kenyatta but had a bitter split with Kenyatta that left the two not speaking for months at a time. Kenyatta on Monday publicly congratulated Ruto for the first time on his win.

With the transition, Kenya’s presidency moves from one leader indicted by the International Criminal Court to another. Both Kenyatta and Ruto were indicted over their roles in deadly 2007 post-election violence, but the cases were later closed amid allegations of witness intimidation.

The August election was peaceful in a country with a history of political violence. Chaos erupted only in the final minutes when the electoral commission publicly split and prominent Odinga supporters tried to physically stop the declaration of Ruto as the winner.

Ruto’s campaign had portrayed him as a “hustler” with a humble background of going barefoot and selling chickens by the roadside, a counterpoint to the political dynasties represented by Kenyatta and Odinga. But Ruto received powerful political mentoring as a young man from former President Daniel arap Moi, who oversaw a one-party state for years before Kenyans successfully pushed for multiparty elections.

Ruto now speaks of democracy and has vowed there will be no retaliation against dissenting voices.

The losing candidate, Odinga, is setting himself up to be a prominent one. In a statement on Monday, he said he would skip the inauguration and later will “announce next steps as we seek to deepen and strengthen our democracy.”

Though Odinga also asserted that “the outcome of the election remains indeterminate,” a spokesman told The Associated Press it was “highly unlikely” he would seek to declare himself the “people’s president” as he did after losing the 2017 election.

What scientists learned about a Bay Area fault that could…

Gisele Bündchen seen in Miami amid marital issues with Tom…