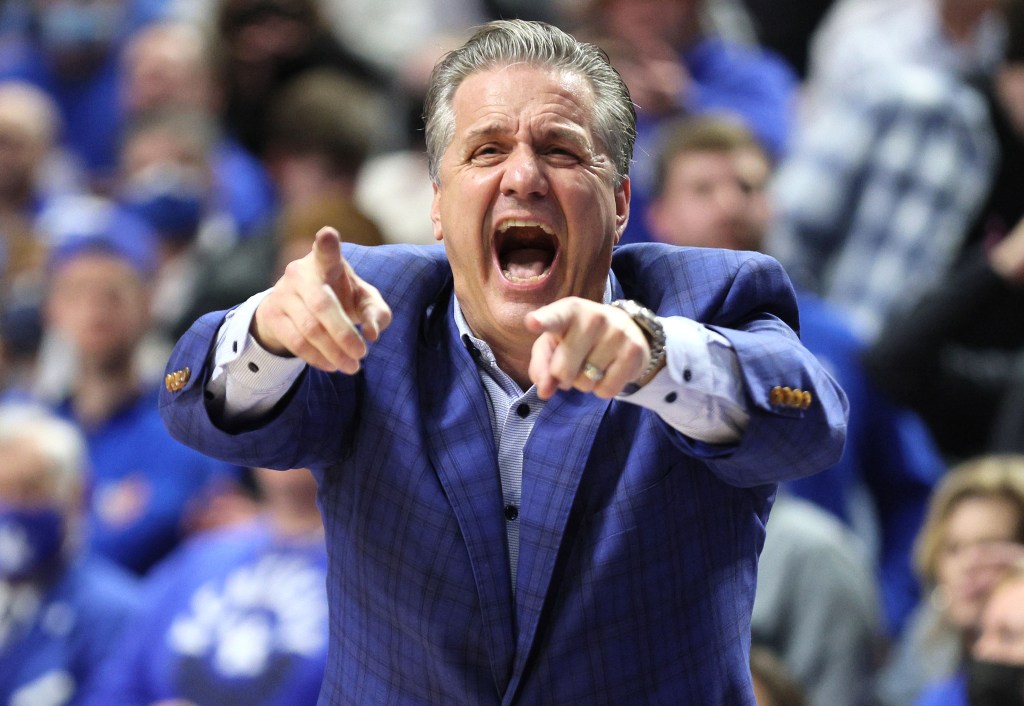 LEXINGTON, Ky. — To John Calipari, his latest milestone only means he’s been coaching a long time.

Fittingly, No. 12 Kentucky and the Hall of Fame coach needed an five extra minutes to reach 800 career on-court victories.

“I have to publicly thank all my players, going back to UMass and Memphis and here,” Calipari said of winning that many games.

Grady finished with 18 points and Oscar Tshiebwe added 21 points with 22 rebounds for Kentucky (16-4, 6-2 Southeastern Conference). After missing a 3-pointer at the end of regulation, Grady regrouped in the extra session to drive the baseline for a layup before adding 3s with 2:23 and 1:13 remaining for an 80-74 lead.

“Sometimes it is crucial to see the ball go in once or twice,” said Grady, who made 7 of 16 overall and 4 of 11 from long range. “I put my head down and drove and made the reverse layup, and then hit the next two 3s after that.”

Calipari praised Grady’s persistence, adding, “He missed four wide open shots, I told him to keep shooting the ball and we designed a play for him. He’s shown he can miss some shots and come back.”

Wheeler twice made the first of two free throws to extend the lead on the Bulldogs, whose only basket in overtime came from Iverson Molinar, a layup with 2:43 left.

The Wildcats led 53-38 with 12:25 left before the Bulldogs (13-6, 4-3) rallied by holding Kentucky scoreless over four minutes. Molinar scored 22 of his career-high 30 points in the second half to lead Mississippi State.

The Bulldogs were coming off a 78-60 rout of rival Mississippi on Saturday. They shot 62 percent in the second half to erase the deficit but made just 1 of 7 in overtime (14%) and missed a chance for their first victory in Rupp Arena since 2009.

“Really, really hard-fought game,” Bulldogs coach Ben Howland said. “I like the way we fought back.”

“I wish we hadn’t blown that lead, but I think it was good for us to show we can win a game like this,” Grady said. “It shows we have some resilience.”

Calipari remains just outside of the top 10 in career wins for Division I men’s basketball, needing six to tie Eddie Sutton, who spent most of his career at Oklahoma State, but also had a four-season stint at Kentucky, among other schools.