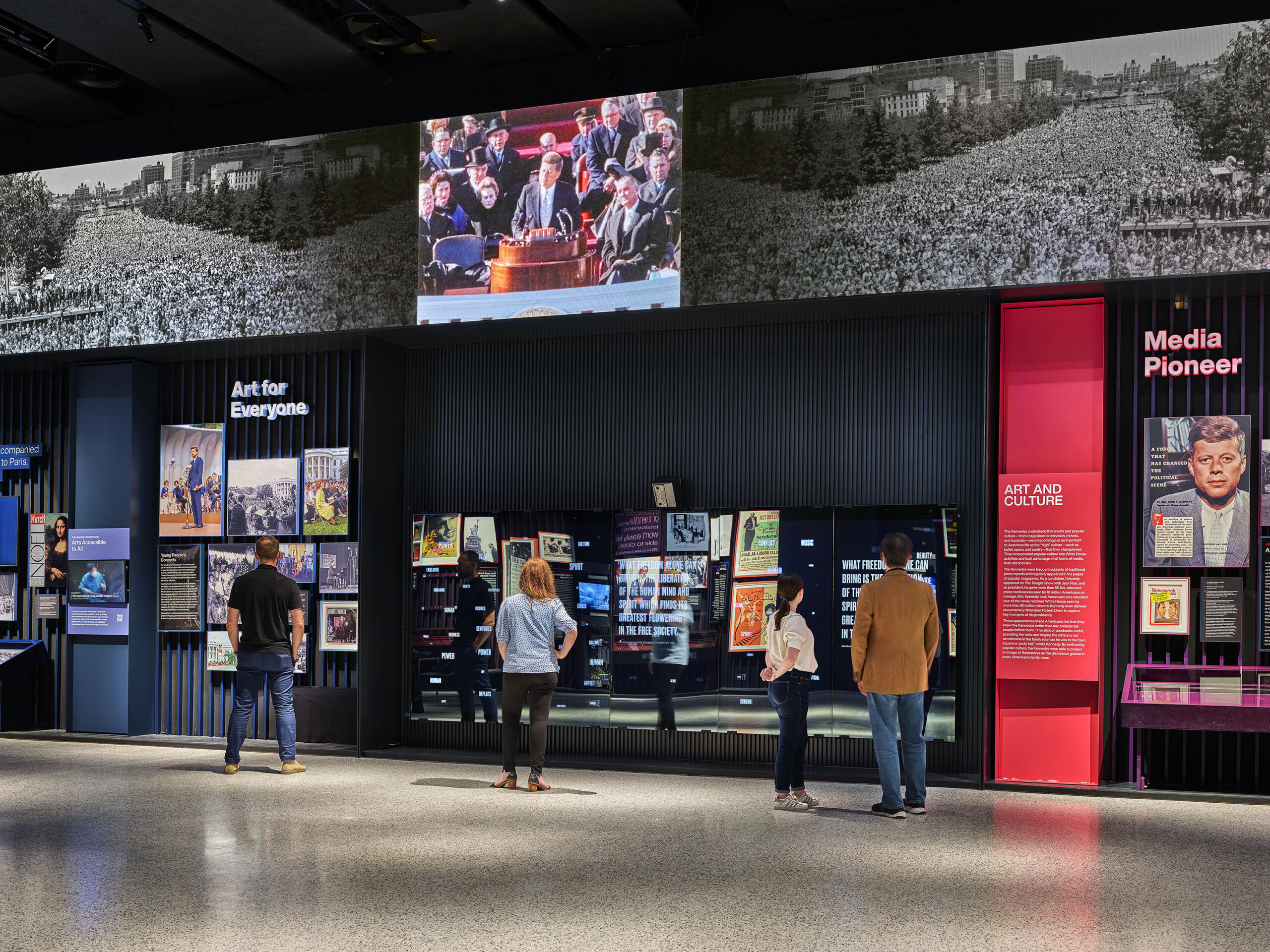 The Kennedy Center in D.C. has a new, permanent exhibit that includes interactive displays, including one where you can make the guest list and set your own table for a White House dinner.

The Kennedy Center in D.C. has a new, permanent exhibit that includes interactive displays, including one where you can make the guest list and set your own table for a White House dinner.

Abbott Miller is a partner with Pentagram, the design firm that created the interactive features in the new exhibit “Art and Ideals: John F. Kennedy.”

Miller discussed the immersive features that were incorporated into the displays.

“We felt like people have an expectation in their museum experiences now to sort of interact with exhibitions and sort of feel their way through content in different modes,” Miller said.

In the “Dinner at the White House” feature, visitors tap touch screen plates and learn about the artists and cultural figures who dined with the Kennedys.

“It’s a pretty amazing roster,” Miller said. “James Baldwin is a central invitee to the dinners,” along with choreographer George Balanchine and other cultural leaders of the time, he said.

“At the inauguration, they invited 169 creative Americans, as they were called, and the list is every important architect, museum director, visual artist, performing artist” of the mid- to late 20th century, Miller said.

During the recent unveiling of the exhibit, one of the most popular stops for invited guests was the interactive, where visitors can tap a large screen where their photo is taken. Then, they appear in a large portrait, and their image is rendered in the style of the artist Elaine de Kooning.

“And that is tremendously satisfying for people to play with,” said Miller, especially as current social media users are comfortable with applying filters to their own images on their mobile phones.

“We felt like whatever we do has to feel really rooted in the story that we’re telling,” Miller said.

The exhibit at the Kennedy Center opens on Sept. 17 and will be open each day from noon until midnight each day.

Tata Group to join the club of iPhone manufacturers in India? Read on to know more

Arsenal could sign Douglas Luiz for free next summer, will it be a good deal?