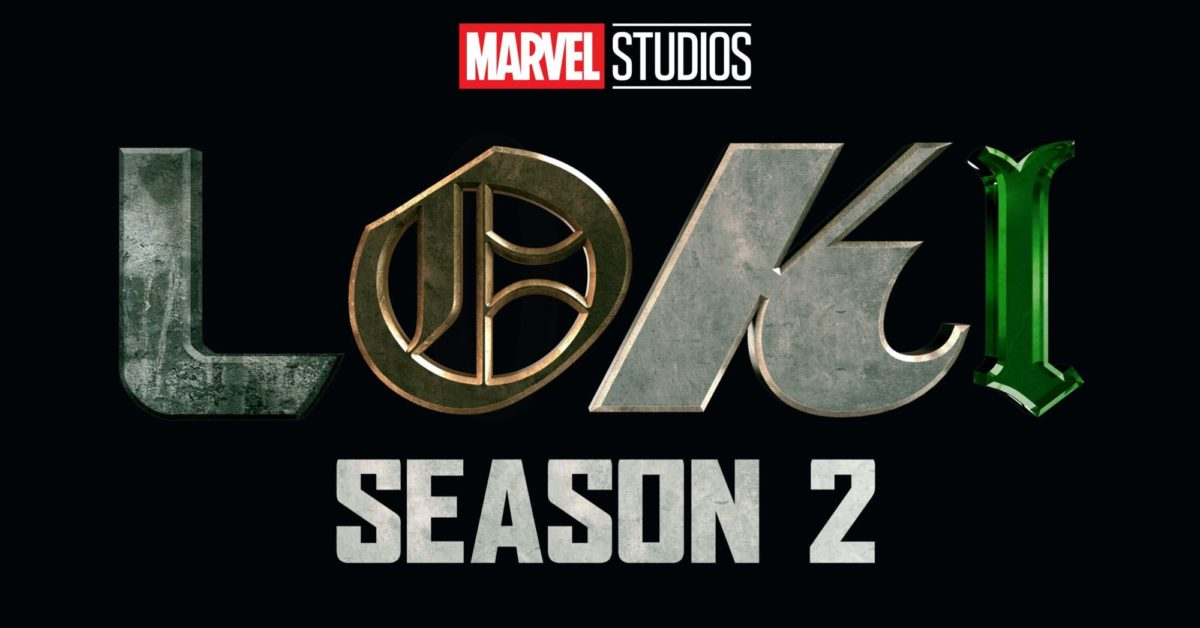 At today’s D23 Expos 2022 presentation, Disney+ & Marvel Studios’ Tom Hiddleston & Sophia Di Martino-starring Loki announced that Ke Huy Quan (Everything Everywhere All at Once) had joined the cast of the second season (though his role remains under wraps). “They are shooting right now in the UK as we speak,” Marvel president Kevin Feige announced… only for the cast to then make an appearance. “Season 2 picks up where Season 1 left off,” Hiddleston shared. “Loki is back in the TVA, and Mobius doesn’t seem to know who he is.” Owen Wilson added, “It’s a little bit like that Talking Heads song, and in season two, we’re going to answer, ‘How did I get here?'” Making a great reference to his Indiana Jones and the Temple of Doom acting days, Ke Huy Quan joked, “I’m very confused: Is this not the Indiana Jones panel?”

Back in May, Feige, producer Richie Palmer, and Doctor Strange in the Multiverse of Madness writer Waldron checked in with Marvel.com to set the record straight as to where all of this “Multiverse Madness” really started. While most folks automatically blame Benedict Cumberbatch‘s Doctor Strange and Tom Holland‘s Peter Parker aka Spider-Man messing around with spells for flipping everything around, the trio makes it clear that it was Sylvie’s (DiMartino) takedown of He Who Remains (Jonathan Majors) in the Loki season finale that really lit the fuse (as we saw from Sacred Timeline branching away like it was its job). Here’s a look at how it all went down:

Feige on “Multiverse Madness” Beginning Before “Spider-Man: No Way Home” Happened: “There’s always a method to the madness even in the Multiverse. The Marvel.com fans know that Loki and Sylvie did something at the end of [Loki] that sort of allowed all of this to be possible. He Who Remains is gone, and that allowed a spell to go wrong in ‘Spider-Man: No Way Home’, which leads to the entire Multiverse going quite mad in this film[Doctor Strange in the Multiverse of Madness].”

Palmer Breaks It All Down for MCU Viewers: “If the events of ‘Loki’ never took place, if Sylvie didn’t do what she did, this movie and the events of ‘Spider-Man: No Way Home’ wouldn’t have been able to happen. It was the activation of the Multiverse, or maybe the reactivation of the Multiverse at the end of Loki that really led to the possibilities that you see in ‘What If…?’, ‘Spider-Man: No Way Home’, and ‘Doctor Strange in the Multiverse of Madness.’ At that moment, the Multiverse expanded indefinitely forward into the future, back into the past, sideways, left and right, to alternate realities we can’t even comprehend. If it wasn’t for Sylvie, we wouldn’t be here right now.

Palmer: Sylvie’s Act Broke Down the Barriers Between Alternate Timelines & Realities: “There’s a slight difference between alternate timelines and alternate realities, but they do intersect, and they end up being one and the same. Our characters wouldn’t have been able to interact with them, definitely not in the way that they did in ‘Spider-Man: No Way Home’ and ‘Doctor Strange in the Multiverse of Madness.'”

Sylvie’s Actions Made Doctor Strange & Peter Parker’s Bad Decision Even Worse: “What Kevin was referring to about that spell at the end of ‘Spider-Man’ is if that spell had just gone the way that Doctor Strange thought it would, even if Peter Parker messed it up so horribly like he did, it really still would have only affected people within our Universe. Doctor Strange wasn’t considering that he had to, in doing that spell and setting it up, worry about all the infinite other universes out there that are filled with people that know who Spider-Man is. That shouldn’t have been a factor. That was something that’s not known to Strange and Wong at that point that they have to be factoring in all these alternate realities in the Multiverse.”

“Loki” & “Doctor Strange in the Multiverse of Madness” Writer Waldron on Addressing His “Problem”: “It’s cool in hindsight, You don’t realize you’re doing it as you’re doing it because it’s all overlapping and happening. In ‘Loki’, we set it out, ‘Let’s blow the lid off the Multiverse!,’ since we know that’s where the MCU’s going. That was going to be the ultimate result of [Season 1 of] ‘Loki’. We got to do that and we always joked, ‘Then it’ll be the problem of the ‘Doctor Strange’ [creative team]. Those guys will have to deal with it.’ Then suddenly, I’m writing the movie and it’s my problem.”

Justin Benson and Aaron Moorhead are set to co-direct most of the episodes in the second season, with Eric Martin penning all six episodes. Hiddleston and Season 1 showrunner & writer Michael Waldron are set to executive produce.

Uncharted: Legacy of Thieves Collection is coming to PC on October 19, according to the Epic Games Store