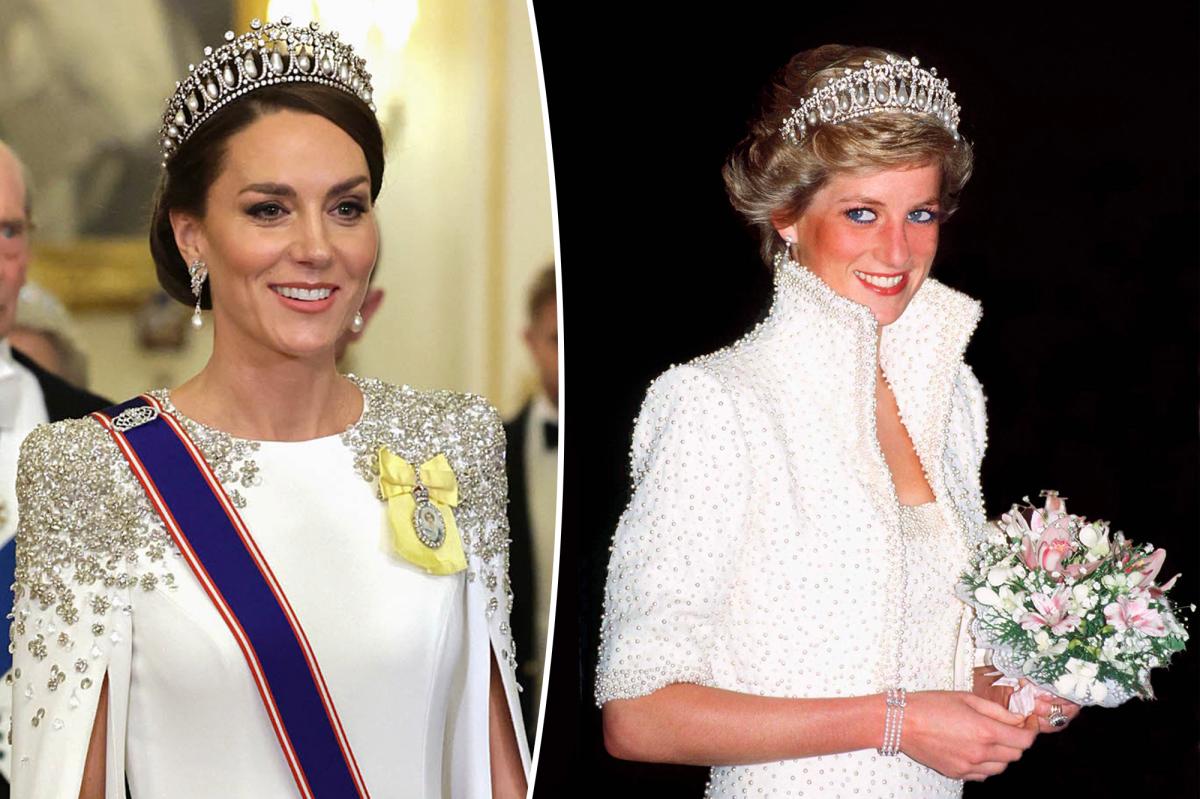 The new Princess of Wales dazzled at the South African state banquet on Tuesday night, wearing the Lover’s Knot tiara, which was a favorite of the late Princess Diana. 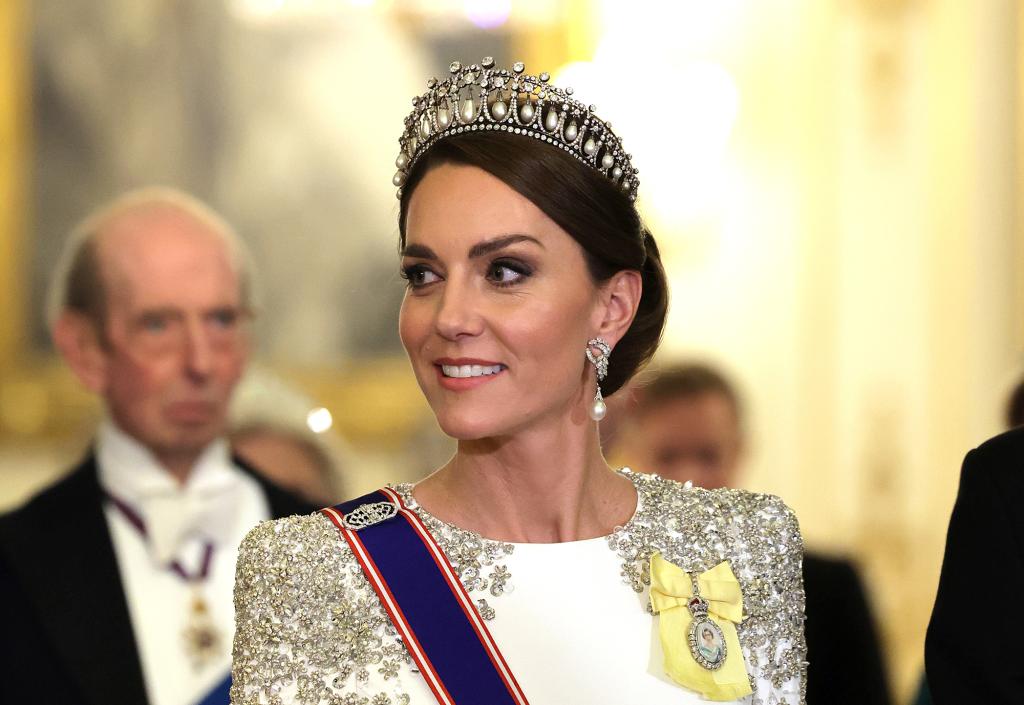 Kate Middleton dazzled in one of her late mother in law’s favorite tiaras.

Just one day after being discharged from the hospital, the…

Her glittering tiara featuring diamonds and pearls is often seen on the 40-year-old royal and is the same piece famously worn by Princess Diana throughout her time as the Princess of Wales.

The dress actually has a celebrity tie, as a similar version of the design was worn by Hilary Duff for her 2019 wedding, though the former Disney star opted to skip the embellishments for her bridal moment.

Middleton also wore Princess Diana’s South Sea pearl-and-diamond drop earrings and Queen Elizabeth’s pearl bracelet to match her tiara, adding the blue sash over her gown that shows her position as a Dame Grand Cross of the Royal Victorian Order — an honor which was bestowed upon her by Queen Elizabeth II.

Earlier in the day, the princess chose the historic Prince of Wales feather brooch to mark her new title and greet Ramaphosa. 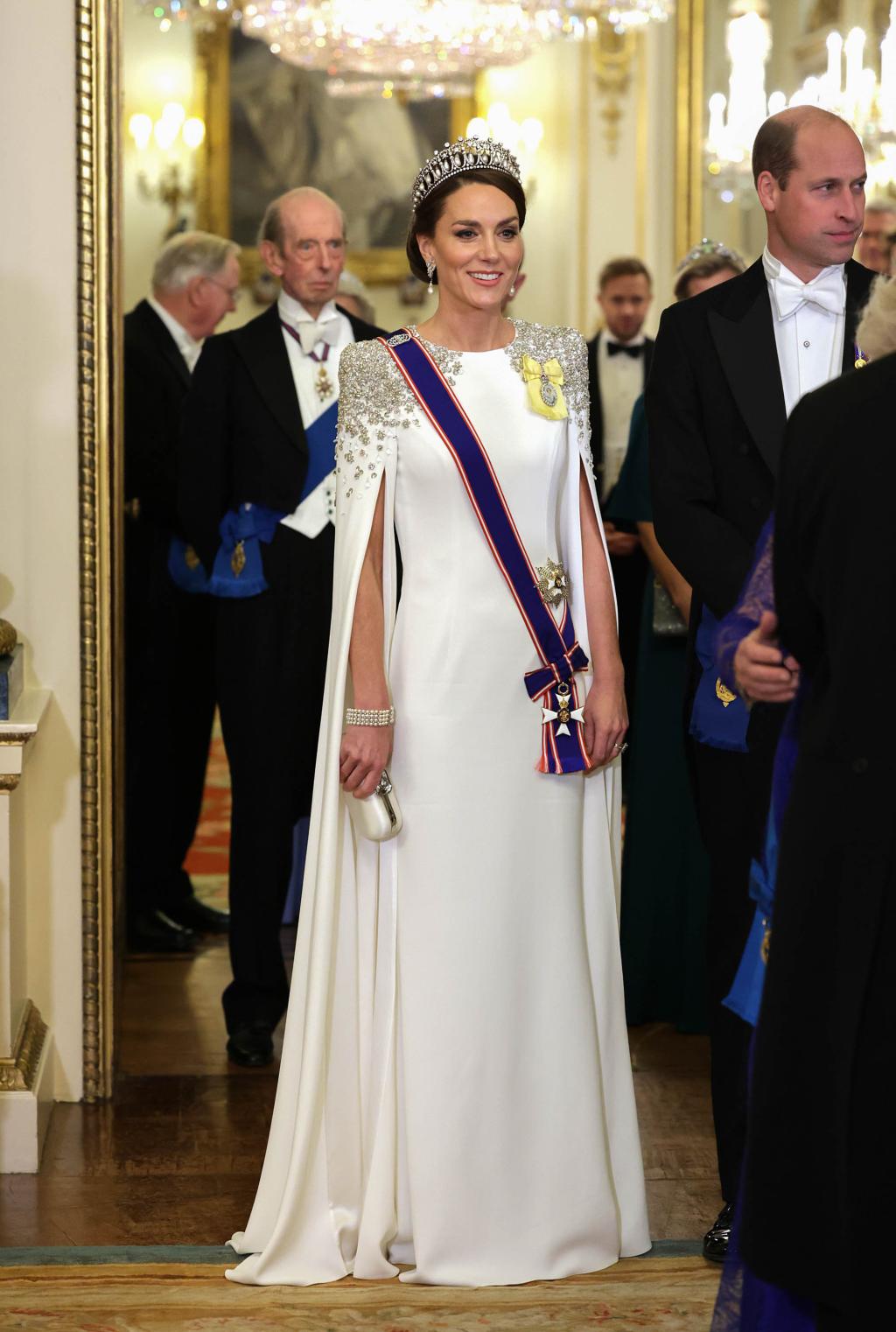 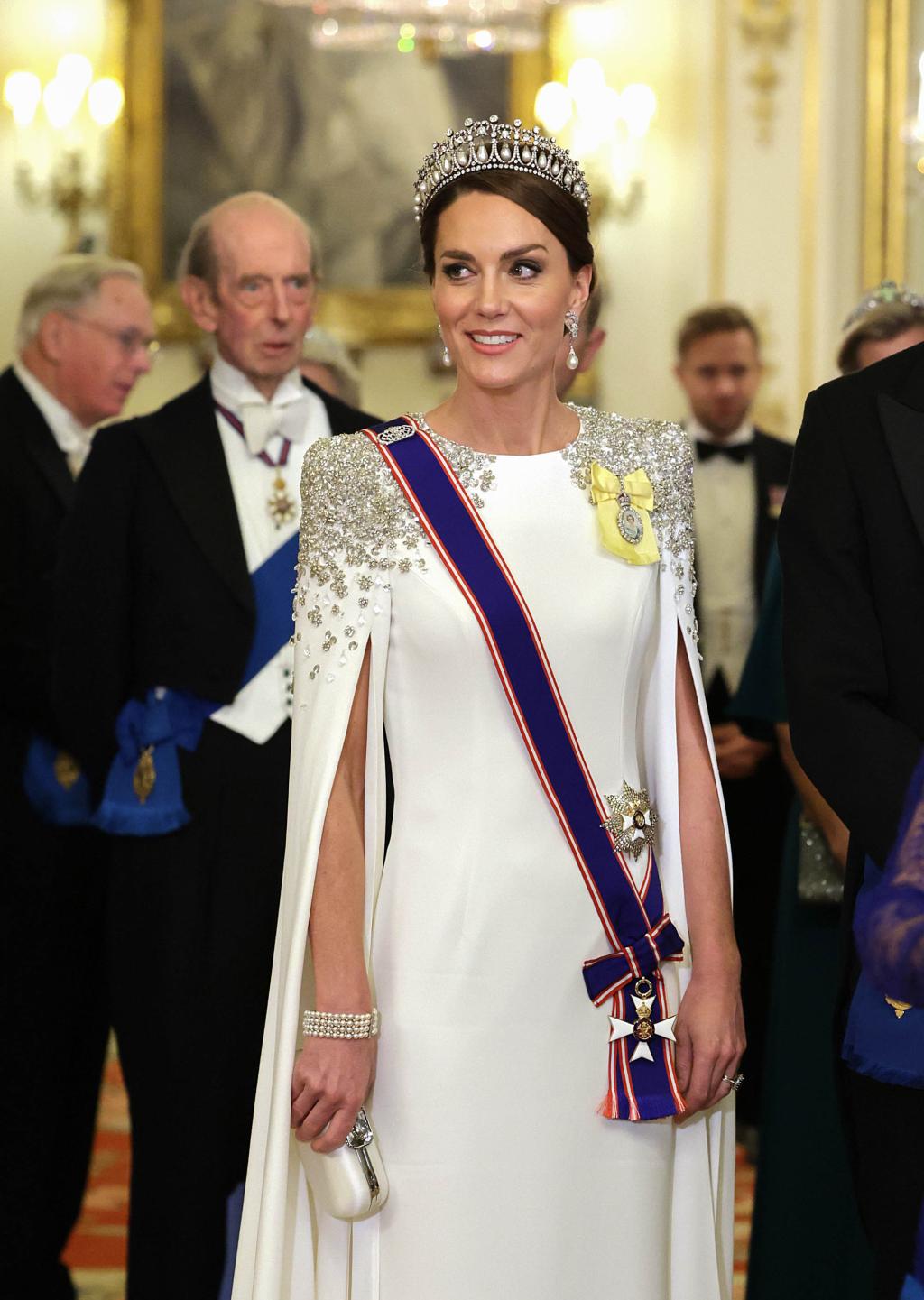 Just one day after being discharged from the hospital, the…

Queen Consort Camilla opted for the late monarch’s Belgian Sapphire tiara, her first crown moment since her husband ascended the throne. She kept the royal blue theme going with a lace evening gown by Bruce Oldfield and the Belgian Sapphire Tiara’s matching necklace and bracelet.

Both Camilla and Kate proudly wore the Royal Family Order of Queen Elizabeth II, a yellow sash with a portrait of the late monarch in her younger years, which is awarded to female members of the royal family for state banquets.

The banquet marks the first formal state visit since King Charles III took the throne after his mother’s death on September 8 and the first state banquet at Buckingham Palace since Donald and Melania Trump were welcomed by Queen Elizabeth in 2019.

Now that state banquets are back, there should be plenty more crown jewels with storied pasts to ogle.