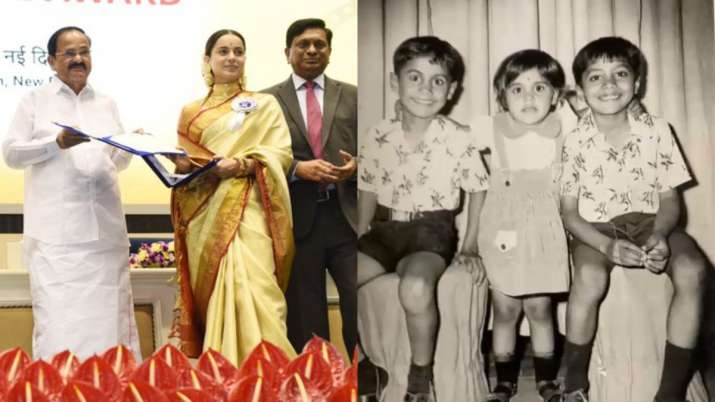 Bollywood celebrities on Wednesday (January 26), took a stroll down the memory lane as they shared some throwback pictures and moments on their social media platforms. While some celebs including Kangana Ranaut, Amit Sadh celebrated anniversaries of their films, others shared their old pictures and videos. As Kangana Ranaut-starrer ‘Manikarnika: The Queen of Jhansi’ has completed three years since it was released in theatres, the actress took to Instagram to celebrate the milestone. She shared a tweet of the Directorate of Film Festivals, India. “#3YearsOfManikarnika: The #NationalAward winning movie #Manikarnika: The Queen of Jhansi’, celebrating the glorious legacy of the fearless queen of Jhansi was released on this day in 2019. The film bagged actress #KanganaRanaut the #NationalFilmAward in #BestActress Category,” the tweet read. 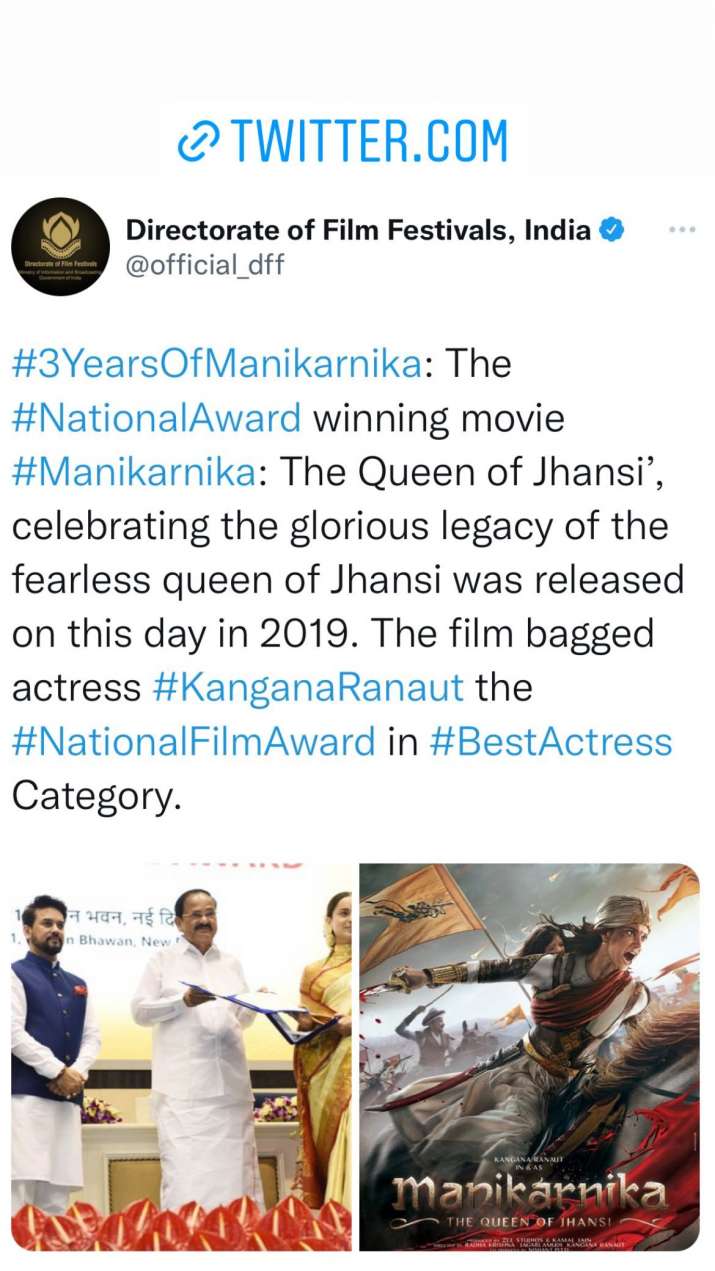 ‘Manikarnika’ tells the story of Rani Laxmibai’s mutiny against the Britishers. Kangana essayed the role of Queen of Jhansi.

Actor Amit Sadh shared a few stills from the show Breathe on his Instagram account as it clocked four years. “#4yearsofBreathe. See with more soon,” he captioned the post.

Released in 2018, ‘Breathe’ revolves around a father (R. Madhavan) making immoral choices to save his son. Amit plays the role of a cop Kabir Sawant in the series, even after disturbed life, he performs his duty with complete honesty. Post the success of ‘Breathe’, makers returned with its second season in 2020. Abhishek Bachchan headlined the particular season. Season 3 is also in pipeline.

Rakeysh Omprakash Mehra’s directorial ‘Rang De Basanti’ has completed 16 years since it was released in theatres. Marking the special occasion, Sharman Joshi, who played an integral part in the hit film, took to Instagram and shared a picture of the script.

“Revisiting the script on the 16th anniversary of this epic film. So proud of being a part of this film. What a time we had,” he captioned the post.

The film, which also featured Aamir Khan, R Madhavan, Kunal Kapoor, Soha Ali Khan, and Siddharth, revolved around the journey of a group of close friends and highlighted the need to question the authorities.

Anurag Kashyap reminisced the good old days of childhood. The director took to his Instagram handle and shared an old monochrome picture that featured him with his siblings Abhinav and Anubhuti Kashyap. In the post’s caption, Anurag wrote, “Three future filmmakers.. The director of Dabbang and the director of GOW flank the upcoming filmmaker @anubhuti_k , the director of ‘Doctor G’.. The Kashyap Clan ..”

The image showed Anurag and Abhinav smiling for the camera while standing on each side of Anubhuti. In the picture, both the brothers wore matching floral shirts paired with short trousers, while their sister was dressed in what seemed like her school uniform.

All the three Kashyap siblings are filmmakers by profession and while Anurag and Abhinav have already made a name for themselves in the industry, Anubhuti is awaiting the release of her first Bollywood release ‘Doctor G’, which stars actors Ayushmann Khurrana and Rakul Preet Singh in lead roles.

What’s My Favourite Scary Movie? Not This One!