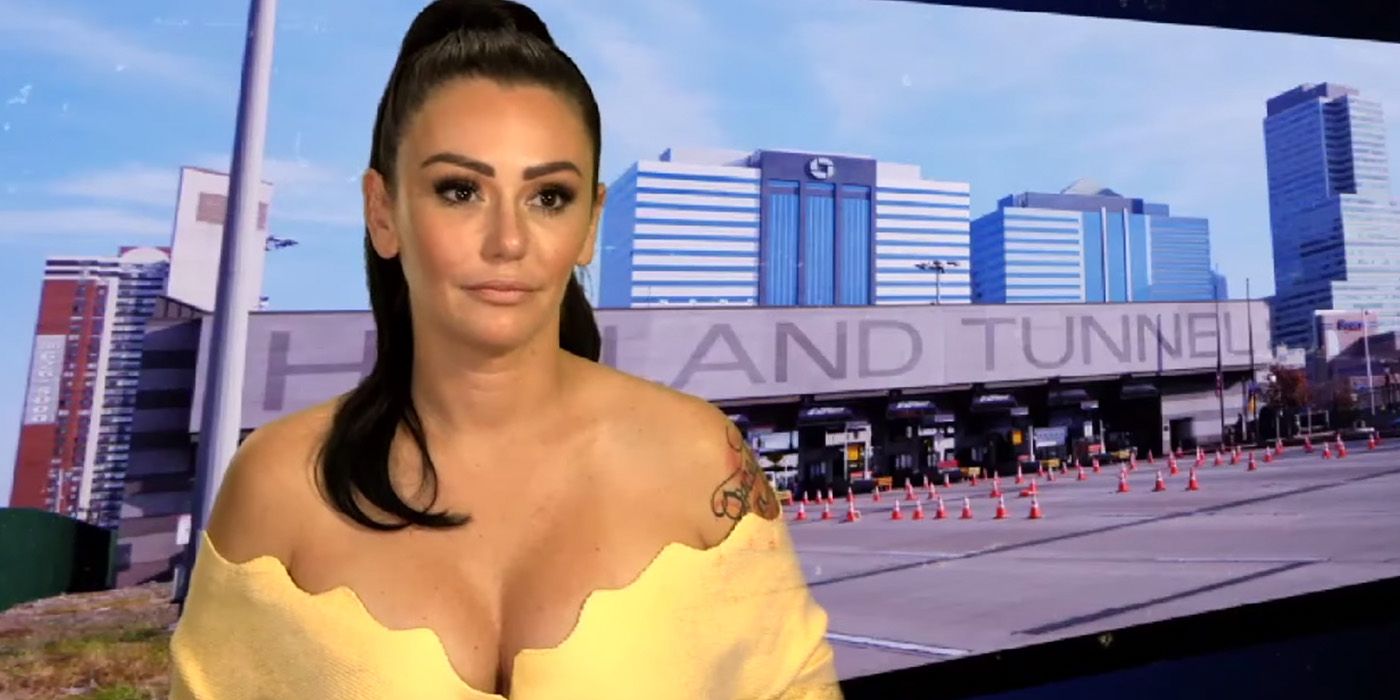 A Frozen Tale VR Into a Disney+ Short Film

In her recent “Jerzday” Youtube video, JWoww revealed that Angelina is not in the roomie group chat while answering questions from fans.

Angelina may never truly be part of the Jersey Shore family. In a recent Q&A on her Youtube channel, Jwoww revealed that Angelina is actually not a part of the roommates’ group chat. Jwoww, along with the other girls, have had an ongoing feud for over a year now with Angelina following their infamous bridesmaids speech at her 2019 wedding. Deena and Angelina finally talked out their issues on last week’s episode of Jersey Shore: Family Vacation.

JWoww was one of the original roommates in the Jersey Shore house when the show first started in 2009. Despite Angelina also being one of the first roommates, she left the show following the third episode of the first season. She later returned for the season spent in Miami but soon left early as well. When the roommates returned for the spin off show Jersey Shore: Family Vacation, fans were shocked when Angelina made yet another return. With her return came a ton of drama. Most recently, she stopped talking to the rest of the girls due to their speech at her wedding back in 2019. While Deena and Angelina have already resolved their issues, fans have yet to watch JWoww’s first encounter with Angelina in over a yet.

After being a part of four full seasons, Angelina still is not entirely apart of the Jersey Shore family quite yet. On the latest “Jerzday,” JWoww took to her YouTube channel to answer some questions sent in by fans. One question asked if the roommates ever added Angelina to their group chat following her return to the show. JWoww was quick to answer, saying, “That’s a big negative.” Despite there being “no hard feelings,” the group chat contains conversations only for their close “circle” to discuss. Apparently, Angelina is not quite a part of that tight knit group. The following question asked if JWoww and Angelina are now friends. JWoww described their relationship as “two coworkers that have no choice but to work together.” She had nothing else to say about Angelina during the 7-minute Q&A. Watch JWoww’s latest video below:

So what exactly is Angelina missing out on by not being included in the group chat? According to JWoww, the roomies talk about anything and everything on a daily basis. Typically, the conversations are focused on the events going on in the world that day. She did not give any further details as “what happens in group chats stays in group chats.” Aside from the group chat, JWoww and Snooki talk nearly every day, sending each other different funny videos and memes found on social media. While she has not spoken to Sammi “Sweetheart” in quite some time, JWoww still expressed her love for her former roomie. In fact, JWoww recently purchased an ornament from Sammi’s small business. When Sammi realized JWoww had made a purchase, she refunded her for her order and added a personalized card to her package. Sammi thanked JWoww for supporting her but said she could never charge her “sister.”

This is Angelina’s fourth season with the roomies and she still is not a part of the group chat. That may just be saying something. While fans seem to be torn on which side to take in the ongoing feud between Angelina and Jwoww, Deena and Snooki, many were not happy with Angelina recently after she posted a fake ultrasound. Maybe the girls are right and Angelina is the true root behind the drama. Angelina and Jwoww will be face to face for the first time in over a year on the upcoming episode of Jersey Shore: Family Vacation.

Gianna is a 23 year old Reality TV fanatic. She spent her free time in college working for a top 40 radio station, where she was always in the know with the latest entertainment news. Now, when she’s not binge watching Dancing with the Stars or Keeping up with the Kardashians, you can find her at the gym doing some heavy lifting.