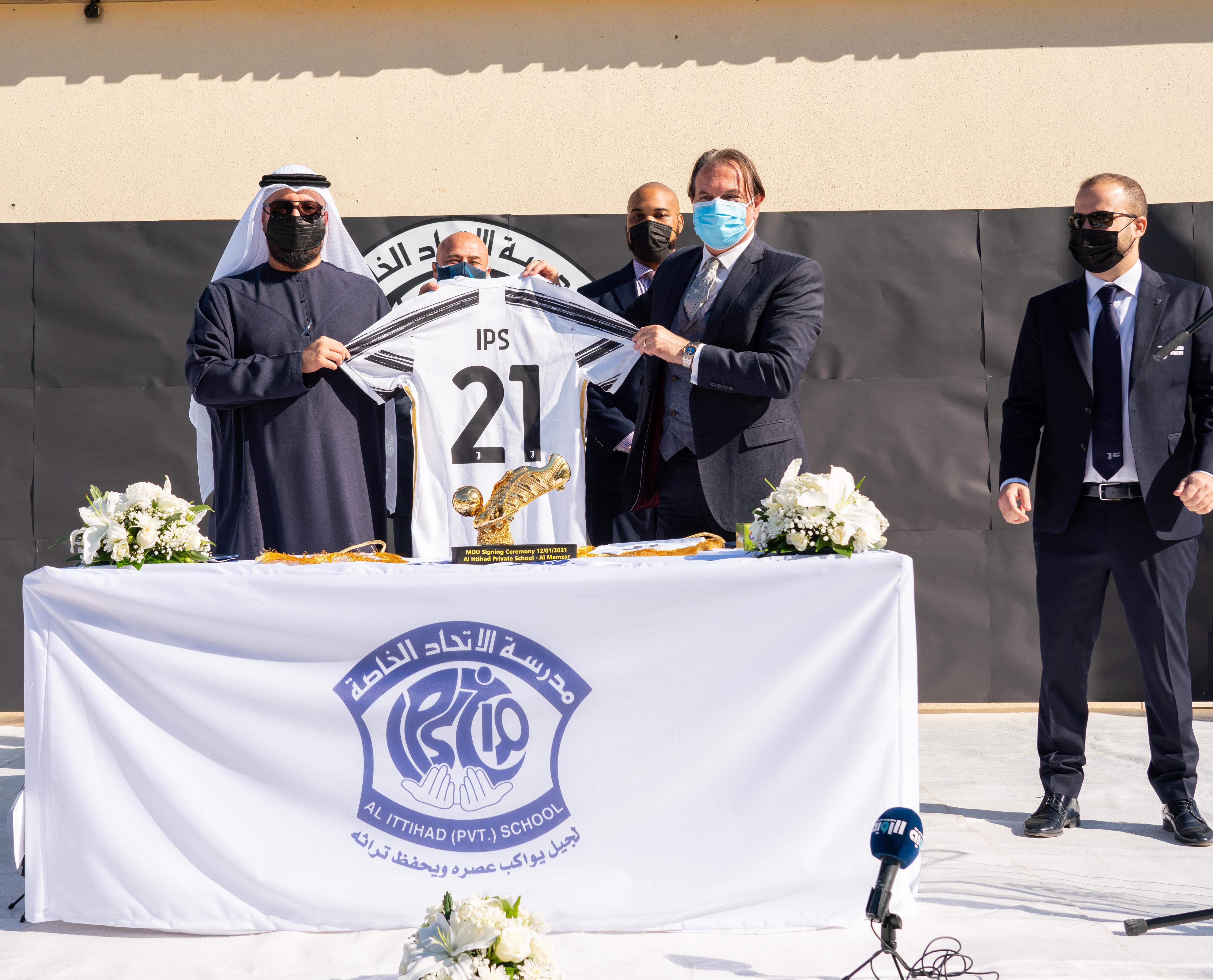 An official MOU signing ceremony took place with school representatives, dignitaries, media and Juventus officials in attendance. The academy will be for players aged 4 to 17 years and will kick off in February.

Juventus Academy is currently running in seven locations across UAE with over 1000 players along with over 30 Italian and European qualified coaches, all approved by Juventus, across three emirates.

Full force: Juventus Academy will operate from the school in February

The Juventus Academy’s project is aimed at helping young players take their first steps into the footballing world by educating them using the globally renowned Juventus method.

IPS-M Director’s General, Max Caruso said at the signing: “Today we forge a partnership with one of the most recognizable brands in Italy, Europe and the world, the great Juventus football club, through FFG Sports Management, and the Juventus Academy.”

FFG Sports Management’s Chairman Mohammed Lajam added: “We are very glad to start this partnership with Al Ittihad Private School Al Mamzar. As an alumnus of the school, this partnership gives me a sense of pride and joy for being able to give back to the school which has given me a lot throughout my childhood and teenage years. We are ready to provide the children with a great opportunity and service in practicing their passion for football in the Juventus way”.

In 2019 the project won the award as best football Academy at the UAE Teen & Fitness Awards and Best Academy in the Middle East at SPIA Awards.

Centre should immediately repeal farm laws, no committee can do it: AAP