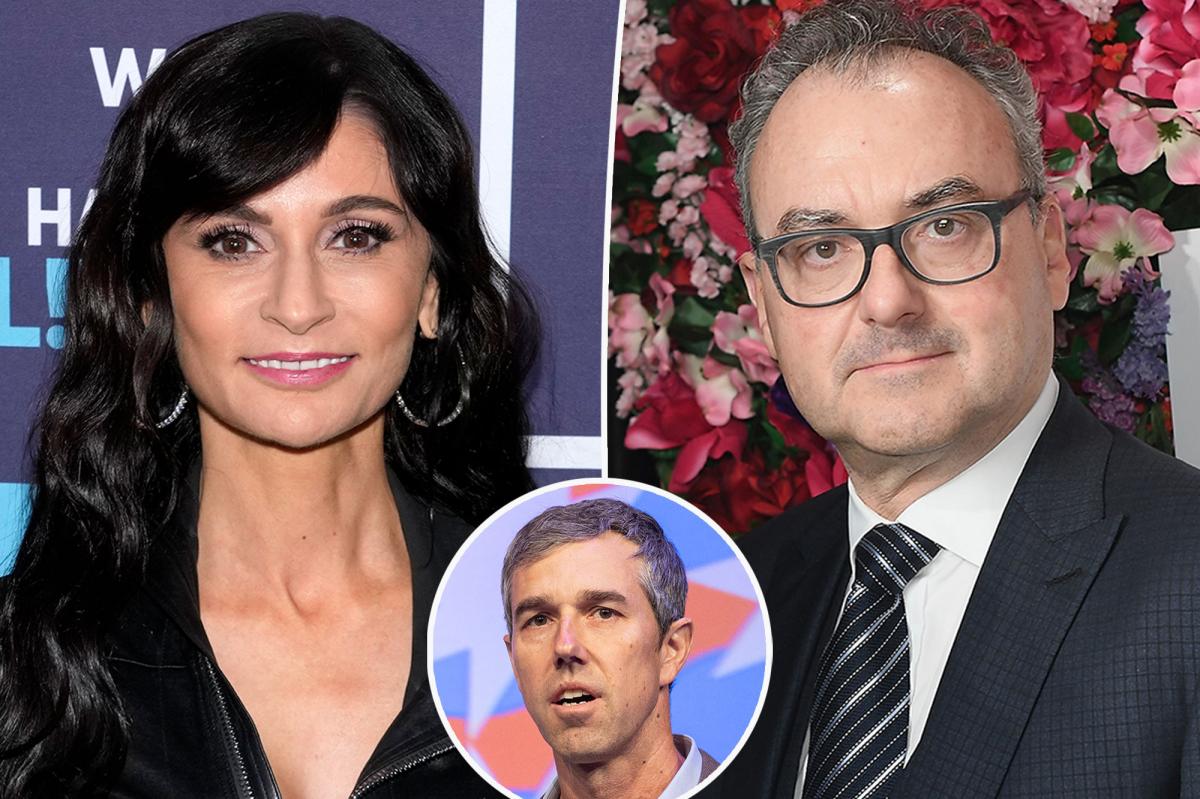 Julia Haart and her ex, Silvio Scaglia, who have been embroiled in a messy divorce, are now going to war over a political fundraiser planned for Tuesday at their former marital home.

We hear that Haart — who is currently filming for the second season of her Netflix reality show “My Unorthodox Life” — has planned a pro choice fundraiser for politician Beto O’Rourke this Tuesday with big names including NY Attorney General Leticia James on the guest list.

The event, set to take place on the terrace of the former couple’s multimillion-dollar Vestry Street apartment is hanging in the balance, with ex Scaglia objecting since he did not give his permission to use the space.

Sources tell us that the building’s “management company, per Mr. Scaglia, have been instructed not to allow anyone who is not a resident of the apartment in.”

We hear lawyers have been back and forth over the event, with Scaglia “objecting” to Haart’s use of the terrace, specifically.

The home is owned by Scaglia’s Freedom Holdings. In May, Vice Chancellor Morgan T. Zurn of the Delaware Court of Chancery declared that despite earlier claims by Haart, she does not own half Freedom Holdings.

We are told that how the couple’s assets — including the apartment — are divided will be decided in the upcoming divorce case.

Lawyers for Haart tell us, “However [the apartment] is owned, it is her home and she has full right and position to every single inch of that home.”

They claim the recent dustup is meant to be another way of “ruining her reputation and embarrassing her.” “This is him torturing her, this is a game. It’s a charade,” her attorney’s tell us.

A lawyer for Scaglia’s Freedom Holdings, who made it clear he does not object to the politics of the event, tells us: “This is about the rule of law and the issue of ownership as ruled by the Delaware Chancery judge.”

Vice Chancellor Zurn wrote in court documents: “I find that Haart does not own fifty percent of Freedom’s preferred stock.”

“You have to ask the owner, the landlord,” the lawyer for Scaglia’s company tells us. “I invited the lawyer [for Haart] to call me. Ms. Haart could have asked ‘Can I use the terrace?. . And by the way I was wrong about claiming 50%.’ That could have been a discussion.” The attorney alleged she also “didn’t even give notice she was planning this.”

Haart and Scaglia have had a contentious split, with Haart filing for divorce in February just hours after she was unceremoniously fired from Freedom Holding’s Elite World Group.

They’ve since been in an ongoing feud with both parties flinging allegations at the other.

Scaglia has alleged that Haart stole from Elite World Group to fund her lavish personal lifestyle, buying designer clothes and getting a boob job on the “company dime.” Haart has called the accusations “ludicrous,” and said, “I’ve never taken a penny that doesn’t belong to me.”

They have also been battling over a $132,000 company Bentley.

Denial of responsibility! My droll is an automatic aggregator of the all world’s media. In each content, the hyperlink to the primary source is specified. All trademarks belong to their rightful owners, all materials to their authors. If you are the owner of the content and do not want us to publish your materials, please contact us by email – [email protected]. The content will be deleted within 24 hours.
Beto O'Rourkecelebrity divorcesjulia haartmy unorthodox life
0
Share

There has to be a better way to binge