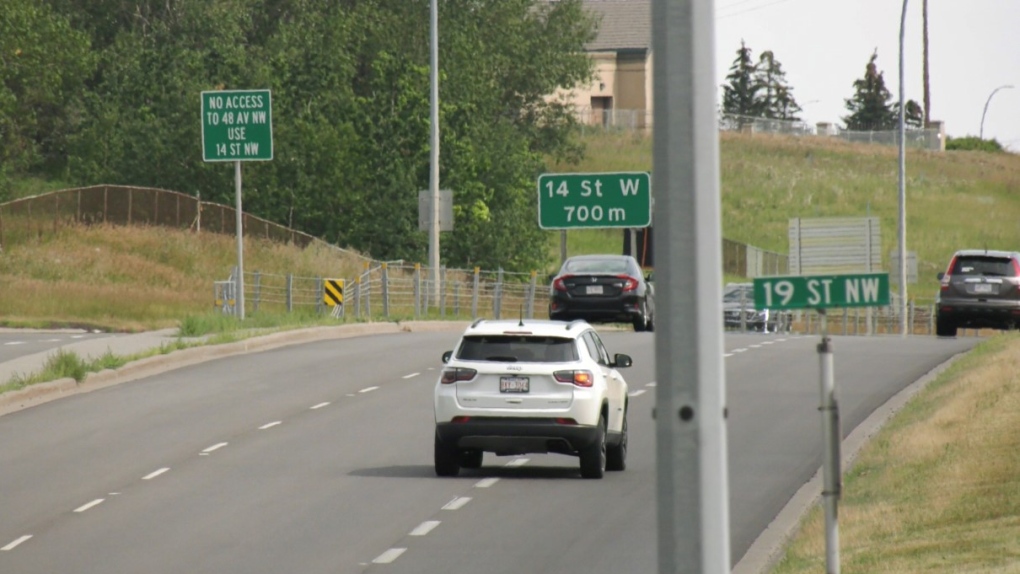 The City of Calgary is holding two information sessions for northwest residents about incoming changes to John Laurie Boulevard NW.

The plans are to improve the area’s safety, which the city believes will have minimal impact on traffic flow.

Changes include a signalized intersection at Charleswood Drive NW and John Laurie Boulevard NW and no left turns from 19th Street NW onto John Laurie Blvd during weekday morning and afternoon peak periods.

At Brisebois Drive NW, there will be no left turn onto the boulevard and through movements crossing it from both Brisebois Drive NW and the Nose Hill parking lot on the north side during the morning and afternoon peak periods on weekdays.

“Initially, the feedback I got from many area residents was negative to the planned changes, and I agreed with them until I sat down and studied the changes,” he said in a statement posted to the association’s website.

“A traffic light at Charleswood is in our best interests and will create gaps in the traffic that will allow us to safely turn left onto JLB when allowed.”

The city says that particular intersection has seen 90 collisions since 2015.

Twenty-one per cent or 19 of them resulted in injuries. Seventy collisions were property damage only.

The city says the new signal at Charleswood Drive NW will not include pedestrian crossings across John Laurie Boulevard.

The Parks Department considers Nose Hill Park north of the Charleswood Drive intersection as a sensitive area and does not want to encourage pedestrian activity in the area.

Construction is set to begin this month and wrap up in October.

Two information sessions are planned for this week.

Monday night, city staff will talk with Brentwood residents at the community association from 7:00 p.m to 8:30 p.m.

On Tuesday, they will be at the Triwood Community association from the same time.