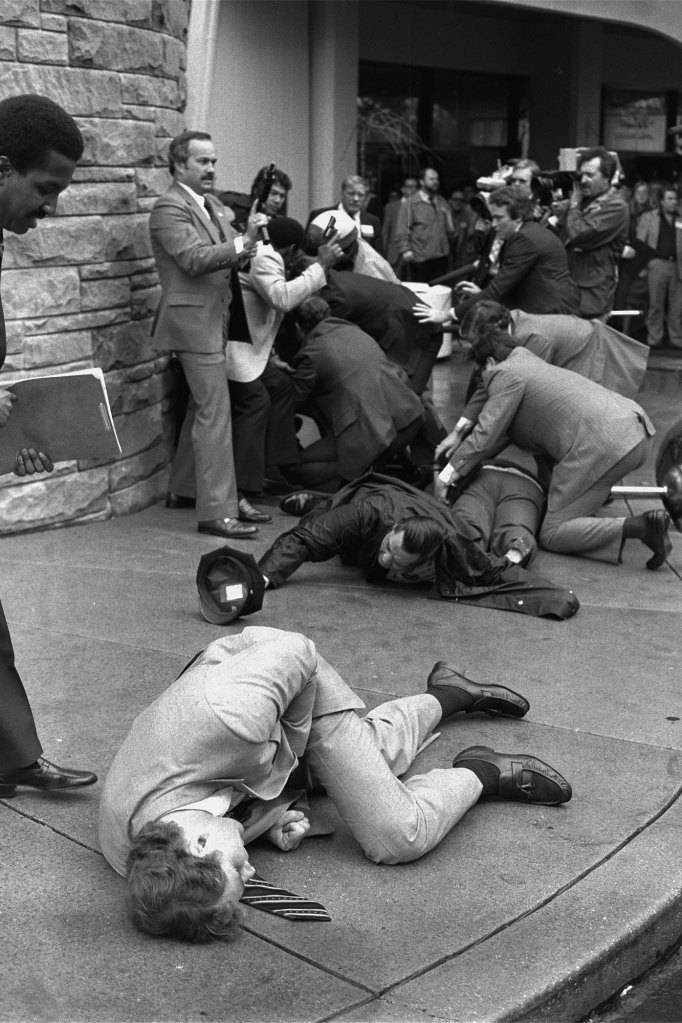 Attempted presidential assassin turned musician John Hinckley Jr. is free from court oversight, but not yet free to rock and roll.

Hinckley — who attempted to kill President Ronald Reagan in 1981 — was set to perform at a sold-out concert in Brooklyn next month, but the venue where the gig was booked has cancelled the show.

Market Hotel, in Bushwick, announced Wednesday that the July 8 event was nixed.

“We don’t see the need to allow someone who did something awful to skip the line and play even our middle size independent community stage,” the event space said in a statement posted to Instagram.

“And in doing so put our vulnerable communities at risk (without their consent) — especially if that artist wouldn’t have sold the tickets without the story of who they are and the violent thing they did.”

Reagan recovered from his injuries, but Brady spent the rest of his life in a wheelchair while Delahanty suffered nerve damage.

Hinckley, then 25, reportedly shot the president in a deranged attempt to draw the attention of actress Jodi Foster.

He was found not guilty by reason of insanity in 1982 and was committed to a DC mental hospital for several decades. He was released from the hospital in 2016 and has since been living in a Virginia community under court supervision.

Hinckley was officially released from court oversight Wednesday and planned to celebrate his freedom by performing 17 original songs at the Brooklyn show.

“A big thank you to everyone who helped me get my unconditional release. What a long strange trip it has been,” he tweeted earlier this month. “Now it’s time to rock and roll.”

Market Hotel cancelled the show — for which tickets cost $20 each — after facing intense backlash.

“There was a time when a place could host a thing like this, maybe a little offensive, and the reaction would be ‘it’s just a guy playing a show, who does it hurt – it’s a free country.’” the venue said. “We aren’t living in that kind of free country anymore, for better or for worse.”

The concert space said they hoped Hinckley’s gig would send a message that people can recover and move beyond mental health issues and a criminal past and pointed out that the performer is practically harmless.

“This is a sexagenarian with an acoustic guitar,” it said. “All the outrage and concern are entirely about the quote message it sends unquote.”

Hinckley pivoted from ex-criminal to musician when he started publishing self-recorded videos of himself singing with a slight twang and strumming a guitar to YouTube in December 2020.

On his channel, which has more than 28,000 subscribers, he has uploaded dozens of videos of both original songs and covers from artists like Joni Mitchell, Bob Dylan and Elvis Presley. Many of his original tracks are also available on iTunes and Spotify.

“I’m really looking forward to my concert in Brooklyn, NY on July 8,” Hinckley tweeted last month. “I will have a bass player and drummer backing me up.”

Market Hotel said the show was not worth the risk for “some stunt booking” of a musician “who we don’t care about on an artist level, and who upsets people in a dangerously radicalized, reactionary climate.”

Hinckley had also booked a show in Hamden, Connecticut on July 16, according to a tweet. However, the venue for that show, Space Ballroom, doesn’t list the gig on its July calendar or on its social media pages.