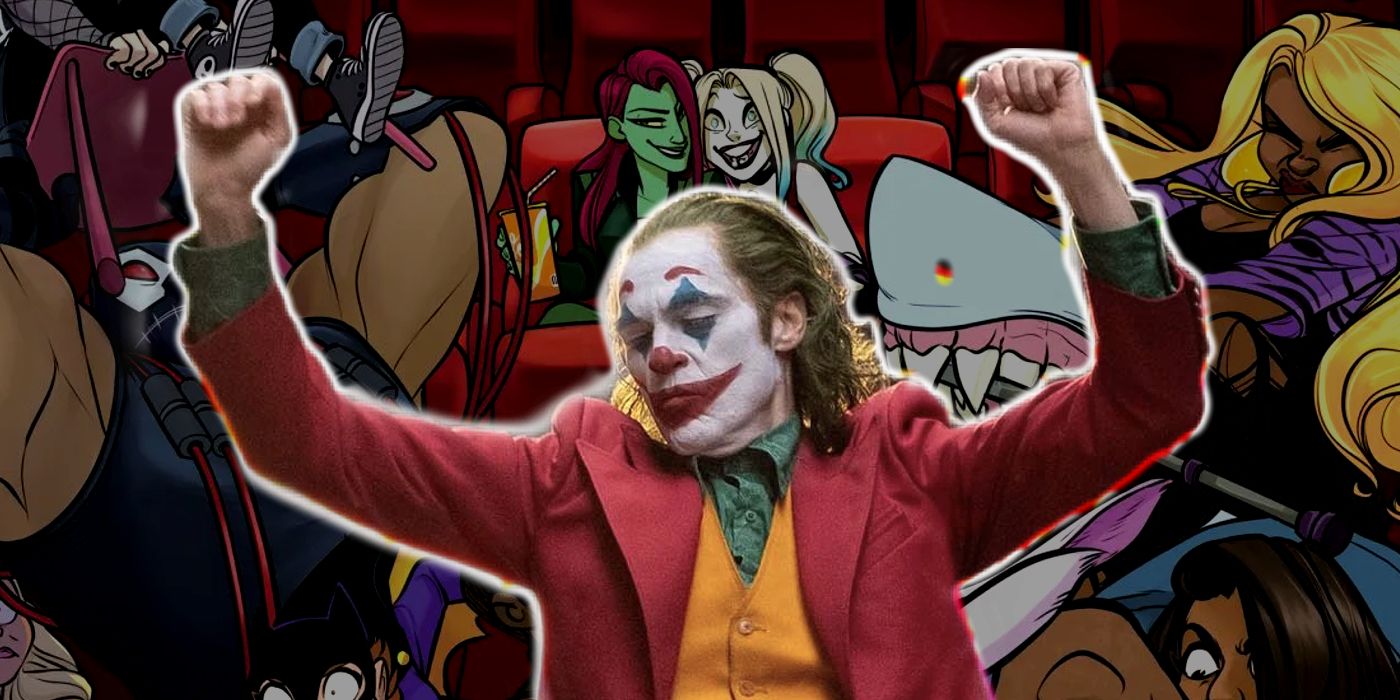 The Joker of the Harley Quinn universe meets one of his live-action counterparts in the Harley Quinn: The Real Sidekicks of New Gotham Special #1, a one-shot taking place within the continuity of HBO Max’s Harley Quinn animated series.

“Two Jokers,” one of the stories in the DC anthology, sees Joker basking in his new role as Mayor of Gotham City. His glee is temporarily interrupted by a call from another person calling himself Joker. This alternate Mr. J is none other than the version of the clown played in 2019 by Joaquin Phoenix in director Todd Philips’ box-office hit Joker.

RELATED: Joker’s New Series Is the Death in the Family Sequel Jason Todd Fans Have Wanted

The story plays the connection between the two clowns for laughs, and Joker tells his girlfriend Bethany that he shares no great love for his old college buddy. “Every time I see the bastard, he acts like no time’s passed,” he says. “Like we’re right back in that dorm. Not to mention, he’s the worst kind of person. A comedian… I’m a clown, babe. There’s a difference. His entire routine’s a bunch of outdated knock-knock jokes no one laughs at. And ugh — he has the tackiest fashion sense. he looks ridiculous.”

The two clowns end up sharing an awkward meal together, and the Joaquin Joker eventually pays the Harley Quinn Joker a visit in his office. The two come to blows but bond over old memories, including a photograph of their younger days alongside a third Joker — the tattooed mob boss portrayed by Jared Leto in Suicide Squad. (“Thank god that asshole’s dead,” Harley Quinn Joker muses after seeing his picture).

Philips’ vision of Batman’s greatest foe will soon expand, as Joker: Folie à Deux is scheduled for an Oct. 3, 2024 release, with filming beginning in December. Phoenix will reprise his role as the title character, while Lady Gaga will join him as Harley Quinn. The musical sequel is currently the only DC-related film greenlit following the merger between Warner Bros. and Discovery earlier this year.

13 Family Business Ideas to Inspire You

Xbox Games with Gold for September includes ‘Portal 2’ and more