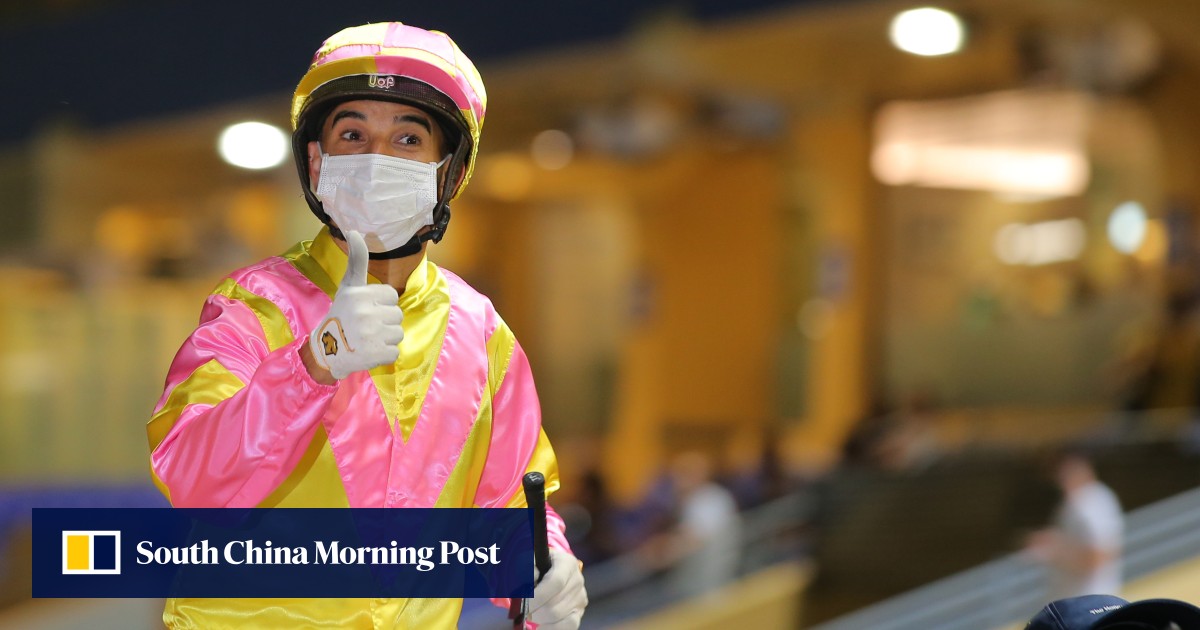 Joao Moreira is confident he will be back in the saddle at Happy Valley on Tuesday night after passing a series of tests on Thursday.

The Brazilian was stood down from his final eight rides at Happy Valley on Wednesday night as well as Saturday’s Sha Tin meeting after suffering what was labelled as “chest pains” by the Jockey Club on the night.

Moreira was found to have suffered from an irregular heartbeat and confirmed while he wasn’t in pain as such on Wednesday night, he was experiencing some discomfort and a “weird” sensation in his chest.

While Moreira said there are still some test results pending, he confirmed that “so far all I have got is good news”.

Doctors confirmed Moreira’s condition could have been caused by a combination of stress, anxiety, dehydration and high-intensity exercise and the Magic Man admitted his body is “screaming out” for a rest after a long season of wasting.

Wednesday night’s incident came just weeks after Moreira tumbled to the Sha Tin turf after suffering a bout of blurred vision caused by dehydration, missing his final two rides on the card as a result.

The impact of two and a half years living under Covid-19 restrictions, which reached their most suffocating between January and April this year, and the added stress of extracting everything out of his body as he goes toe to toe with Zac Purton in the jockeys’ premiership has taken a toll on Moreira.

But, buoyed after receiving his good news, the 38-year-old – again confident in his fitness – lamented the fact he will be missing in action at Sha Tin on Saturday as rival Purton attempts to wrestle back the lead in the title race.

Moreira’s absence is just the latest chapter in a see-sawing battle between the star pair this season.

Purton saw a significant lead evaporate during his eight-meeting stint on the sidelines as he recovered from injuries suffered in the horror fall in the Hong Kong Sprint, while Moreira lost ground during a six-meeting suspension in February.

Purton has not held the lead since mid-April but that could well change this weekend, with the gap between the pair now just one winner after Purton’s victory aboard Run The Table at the midweek meeting took the scoreline to 127-126.

Purton’s arsenal was reduced from a full book of 10 rides to nine with the scratching of Romantic Combo on Thursday afternoon but he still boasts a swag of chances at the 82nd of 2021-22’s 88 meetings.

The Australian rides Bundle Of Charm for John Size in Moreira’s absence, while he chases his first victory for Michael Chang Chun-wai in three years aboard Right As Rain.

Chang’s horses are running competitively in the final weeks of the season and Purton partnered Right As Rain to a narrow second last start.

Rounding out Purton’s book are Frankie Lor Fu-chuen-trained trio Oscar Glory, Superbella and Ready To Win, who could be just that, and Paul O’Sullivan’s last-start winner Gang Of Brothers.

Shoorveer shows the Air Force in a completely unique manner:…

Cinephiles Nitpick Why Other Fans Nitpick in an…