Joao Moreira outlines hopes for farewell tour: ‘it’s not going to be a long journey from now until the end’ | HK Racing 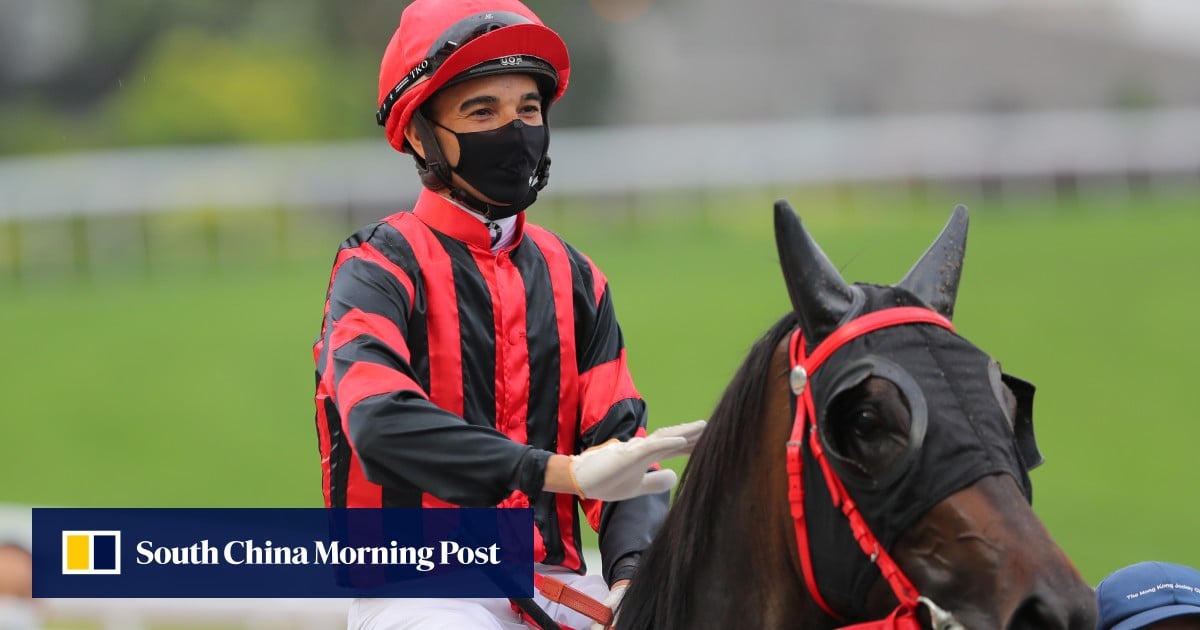 He won a couple of Australia’s biggest sprints with crack colt Brazen Beau and Joao Moreira has identified Down Under as the ideal second stop on his upcoming farewell tour.

On handing in his Hong Kong licence on Wednesday night, Moreira confirmed he’ll ride at Sha Tin one final time – on international day next month – before targeting big races around the globe and then calling time on his career.

Plagued by ongoing hip issues, Moreira has come to the realisation his time in the saddle is limited and he wants to make the most of the “maybe a few months, maybe six months” he has left.

Brazen Beau’s successes in the Newmarket Handicap and Coolmore Stud Stakes are two of Moreira’s four Group One wins in Australia, and the Brazilian likes the idea of chasing more feature success in the country during the autumn.

“First, I’d love to ride a little bit in Australia if I can. I’ve made contact with some people I know over there to see if they can help me out,” Moreira told the Post from Brazil.

Japan is a place that holds a special spot in Moreira’s heart, with the Magic Man tasting significant success in the Land of the Rising Sun across numerous short-term stints.

He tried to make it is his permanent home in 2018, but failed the exam and returned to Sha Tin soon after.

He’s won a host of big races aboard Japanese gallopers – both on home soil and in Hong Kong and Dubai – and he’ll partner Glory Vase, Resistencia and Lei Papale in Group One features at Sha Tin next month.

“Of course, Japan is a place where I’ve been before, and I’ve been lucky with the support I’ve got. Even in the situation I’m in now, they’re still backing me up,” he said.

Moreira also confirmed that if he gets “the chance to spend a couple of weeks or maybe a month or two in Europe, I’ll do it” – perhaps around Royal Ascot in June? – and he’s determined to show his appreciation to those who gave him his start as well.

“I’ll also ride in Brazil. It’s important to show them my respect because the club here is the one which made me a jockey. It’s not going to be a long journey from now until the end of it. I’ll set up a plan, and then I’ll go through with it when it’s time,” he said.

Moreira has not ridden since the Happy Valley meeting on September 21, and it’ll be in Brazil – Sao Paulo to be precise – where he’ll return to the saddle, riding at two meetings before setting his sights on the Hong Kong International Races.

There are concerns in some quarters the Magic Man’s fitness won’t be at the level needed to partake in the biggest day on the Hong Kong calendar, but he’s confident he’ll be more than up to the task.

“I know I can do it. I’ve been preparing myself to do it,” he said. “I’ll ride for two race meetings in Brazil before the Hong Kong International Races. I’ll be back into the business and I’ll go back there to ride, and ride at the best I can.”

While the clock is ticking on Moreira’s time riding in races, one thing he does know is his love of the animal will endure.

“Of course, I love the sport, but I love the horses much more,” he said, before elaborating on what he might do post his career as a jockey.

“Training is an option I’ll consider, but the first thing in mind is I want to go to university and do a course to make sure I keep my mind occupied.

“But I don’t want to miss out on the horses. I can’t live without being around them. I might not be making big money out of it, but if I can just be around them – interacting with the horses – that’s probably going to be fulfilling enough for me.”

Joao Moreira outlines hopes for farewell tour: ‘it’s not going to be a long journey from now until the end’racingSport
0
Share

A Nurse’s Perspective: The Unknowns of Treatment

A China-backed dam in Indonesia threatens a rare great ape –…