Jetstar Plane Headed For Bali Delayed After Passenger Lights Up 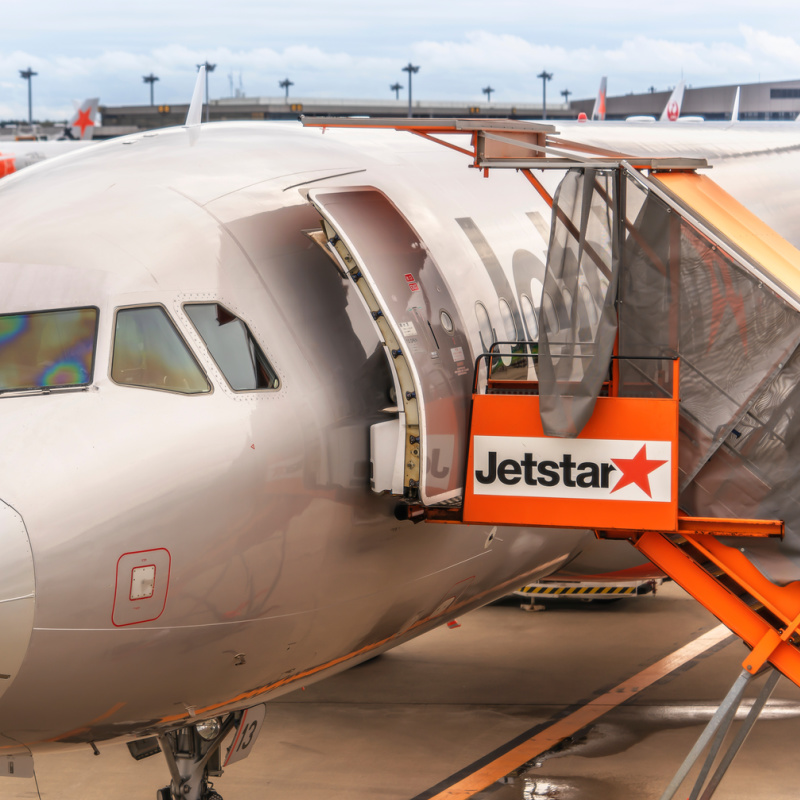 Travelers ready and waiting to fly from Melbourne to Bali had an unexpected delay on Tuesday afternoon when a fellow passenger lit a cigarette on board the plane.

Holidaymakers flying to the Island of the Gods already had a frustrating pre-departure experience as Jetstar flight JQ1035 on Tuesday has already been delayed from its 3pm take-off schedule. Passenger Sinead Merrett recorded the incident and later shared the video on TikTok. In the video, a tall man wearing a dark t-shirt can be seen being escorted off the aircraft by Australian Federal Police.

Merrett posted the video with the caption, ‘When your flight to Bali is already delayed, and this guy decides to light a dart, so we then have to wait for the police to escort him off, accompanied by a teary-eyed emoji.

The situation went from bad to worse. The flight did not leave Melbourne Airport until 7pm and had to touch down in Darwin for a refueling. The flight eventually landed at I Gusti Ngurah Rai International in Bali at 12.51am on Wednesday morning.

The comments on the post were both humorous and scathing. One viewer wrote ‘’For Christ’s sakes. Wear a nicotine patch if you know you smoke and can’t last without punching a dart’. While another joked, ‘No Bintangs for you, buddy’.

The incident was confirmed by a representative for Jetstar who said that the additional delays to Jetstar JQ1035 Melbourne to Bali were because someone ‘lit a cigarette on board the aircraft prior to departure…Smoking, vaping or the use of electronic cigarettes is not permitted on any Jetstar aircraft, in Australian airport terminals or on the tarmac’.

The Australian Federal Police have also made a statement about the incident, saying, ‘The passenger was escorted off the flight and the AFP were called. Safety is our first priority, and our no-smoking policy is strictly enforced…Australian Federal Police can confirm officers were called to a flight waiting to leave Melbourne Airport on September 6th…Police were responding to allegations of a man smoking on board a flight. The man was escorted off the plane without further incident.’

There have been no further details about the man in question. Police did not release his name, nor is he identifiable from the TikTok video. In the post, he appears compliant with his removal from the flight. No audio from the scene can be heard as the video is accompanied by the viral soundbite ‘Oh No’ by Kreepa.

The situation comes as Jetstar is already hitting the headlines internationally as thousands of travelers are experiencing delayed or canceled flights. Holidaymakers from Australia and New Zealand have been left stranded in Bali as the budget airline is experiencing a plethora of operations issues.

While Jetstar has apologized and explained the reasons behind the travel chaos, it has been little comfort to Bali travelers who have been left with no option but to spend, in some cases, tens of thousands of dollars to get their families home.

In a statement, Jetstar said ‘Unfortunately, our Boeing 787 fleet has been impacted by a number of issues, including a lightning strike, a bird strike, damage from an item on the runway, and delays sourcing a specific spare part for one of our aircraft due to global supply chain challenges. The part has to be road freighted across the US’.

A world of Sunday celebrations