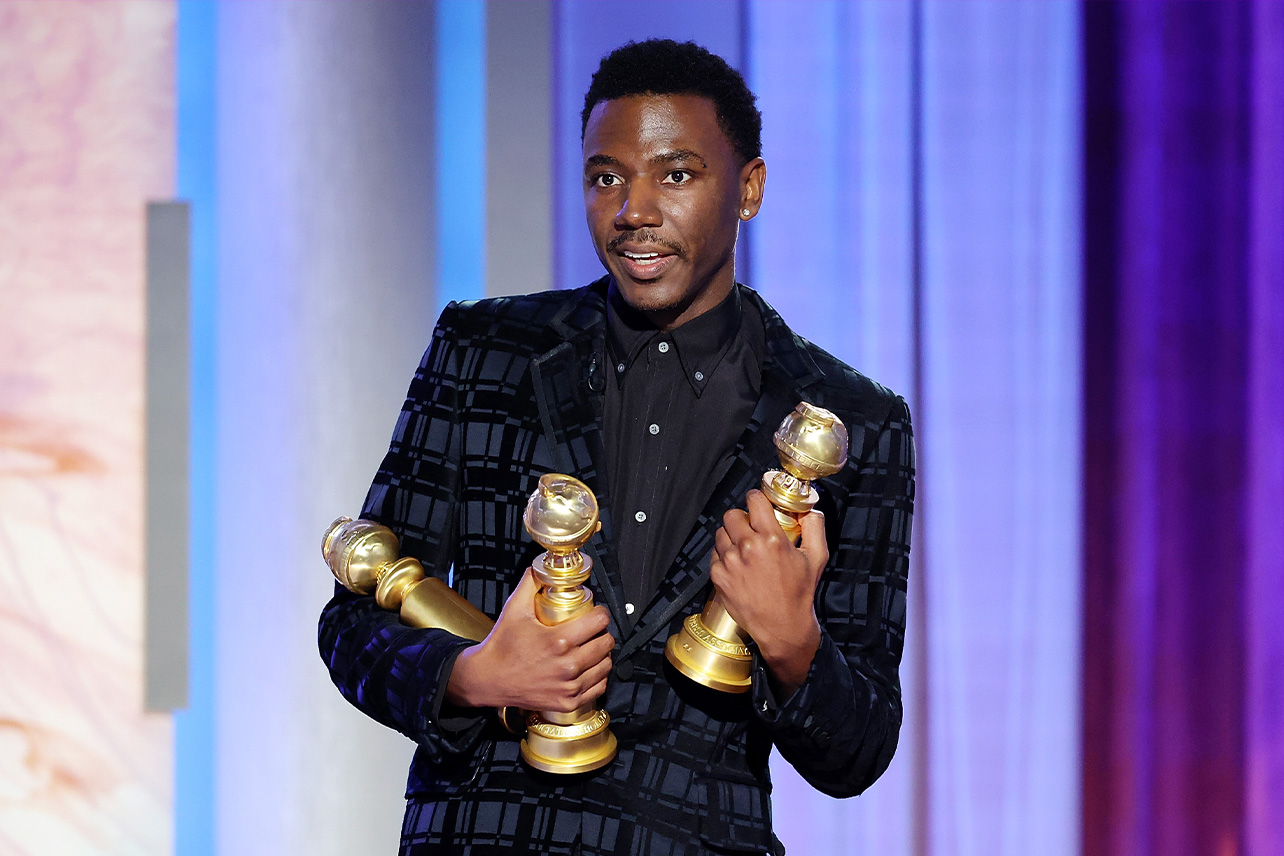 Members of the Hollywood Foreign Press Association (HFPA), including president Helen Hoehne, were reportedly “upset” by host Jerrod Carmichael’s opening speech at the 2023 ceremony, which took place Jan. 10. If it was Ricky Gervais up there, would they still be up in arms?

Per The Hollywood Reporter, members of the organization complained about Carmichael’s monologue, calling it “awkward and uncomfortable.” One insider said, “The show needs to be fun, and it didn’t feel fun” in reference to the heaviness of Carmichael’s jokes – one of which mentioned the 202 murder of George Floyd.

Poking fun at the organization and claiming the HFPA only hired him because he’s Black, the comedian said at the ceremony, “I won’t say they were a racist organization, but they didn’t have a single Black member until George Floyd died. So do with that information what you will.”

An additional source told THR, “What did you expect?”

The organization has a rocky past filled with allegations of racism and sexual misconduct, and 2023 nominee Brendan Fraser pledged not to attend the awards. In 2021, The Los Angeles Times revealed that the organization didn’t have a single Black member, sparking a controversy that led to NBC refusing to air the ceremony in 2022, plus boycotts from organizations such as Netflix and Amazon.

The HFPA found itself in NBC’s good graces this year and the network agreed to air the program on a one-time basis following organization’s “commitment to ongoing change,” which included welcoming 103 new voters.

During Carmichael’s speech, he named the organization’s president, saying that he declined to meet with her three times. THR credits “multiple sources” saying Hoehne was “shocked and upset” by his words. Many witnessed her “being consoled by friends in the ballroom bar.”

But take all of this with a grain of salt, as the outlet also states “an insider with ties to HFPA” has rejected the claims about Hoehne. “It’s disappointing and perplexing that people would take this approach to try to hurt Helen. It doesn’t accurately reflect the resilient, positive and effective leader that she is,” they told the outlet.

This backlash has been met with silence from the HFPA and Hoehne, which, given the lukewarm reception of the program’s return (the 2023 ratings were the lowest in decades) and its prior controversies, paints a bad look on the organization.

Many on Twitter have stated that these reports and the HFPA’s lack of support for its host are a double standard compared to the reception Gervais has received for past shows he hosted. Producer Franklin Leonard tweeted a line from one of Gervais’ monologues in which he called the organization “racist,” yet the comedian has been invited to host the ceremony five times and the organization has previously credited him with putting on “the best” show.

Only time will tell the future of the Golden Globes, but things aren’t looking promising right now.