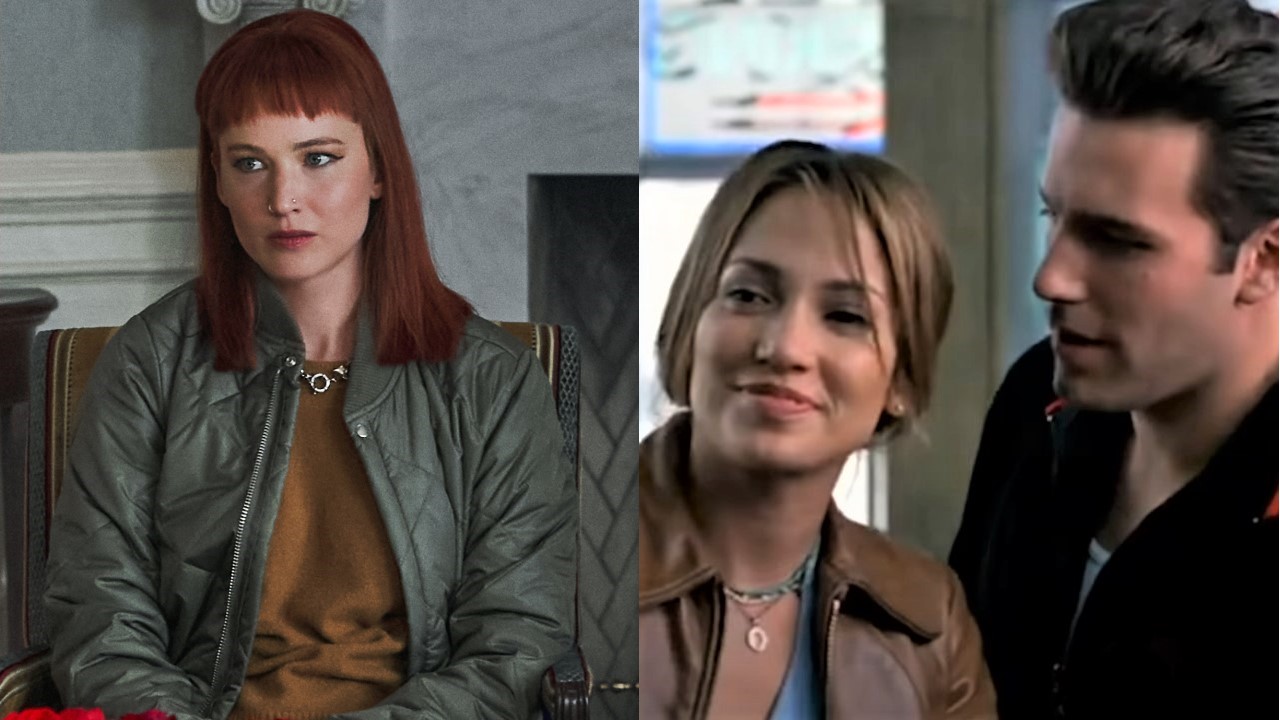 Jennifer Lawrence has endeared herself to fans over the years, not only for her on-screen talents — as evidenced by four Academy Awards nominations and one win — but with her hilarious personality, authenticity and being an all-around total badass. The actress never seems afraid to say exactly how she feels, and she proved she really is just like us when she shared her excitement last year over Jennifer Lopez and Ben Affleck rekindling their relationship. J-Law conjured her Bennifer stan tendencies again, when she provided a great response to a question about her marriage to Cooke Maroney.

The Don’t Look Up actress recently answered some fun questions about her life — and shared an A+ story about inviting Robert De Niro to her rehearsal dinner — when she answered “73 Questions” with Vogue. Some of those inquiries centered around her family, and when asked what she wished she’d known before marrying Cooke Maroney, Jennifer Lawrence deadpanned:

Due to the rapid-fire nature of the questions, Jennifer Lawrence provided no context as to why it would have been important to know about newly reunited couple back before her October 2019 nuptials. But was there anything that made us believe in love more than 2000s “it” couple JLo and Ben Affleck, who first broke up in 2004, get back together after all these years?

J-Law’s love for Bennifer became apparent last May, when news of the reconciliation broke while The Hunger Games actress was doing an interview with the podcast The Bitch Bible. Jennifer Lawrence interrupted everything to announce the “breaking fucking news” that Lopez and Affleck were back together and vacationing in Montana following JLo’s split from A-Rod. It truly was magical news to behold.

There’s no doubt that the Oscar winner was following all of the most recent Bennifer 2.0 news, as the couple celebrated their love, first with a drive-through wedding ceremony in Las Vegas, and then in a lavish affair at at Ben Affleck’s 87-acre estate in Savannah, Georgia — the location where they’d planned to hold their wedding nearly two decades earlier.

Jennifer Lawrence, for her part, married Cooke Maroney in 2019, a little over a year after the couple started dating. The actress revealed this past May that they had welcomed their first child, a boy named Cy.

You can see more from the actress by checking out the 10 best Jennifer Lawrence movies, as well as a list of what’s coming up in J-Law’s career. While we’re in Bennifer love fest mode, be sure to also take a look at Jennifer Lopez’s top 10 movies and a list of projects Ben Affleck has in the works. Also, you can start planning your next trip to the theater by taking a peek at our 2022 movie release schedule.

James Gunn confirms Harley Quinn will return to the DCEU