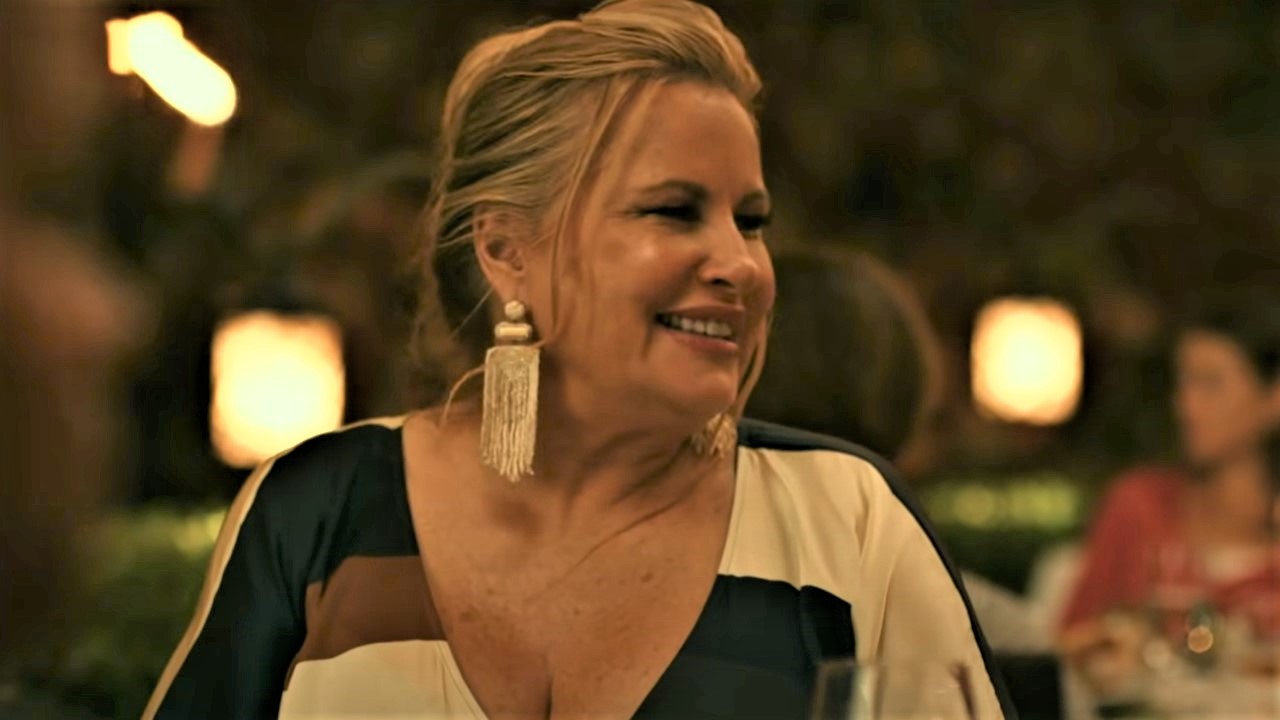 Jennifer Coolidge has been all over the place lately. Plenty knew of her before from guest spots in 2 Broke Girls, wanting a hotdog really bad in the Legally Blonde movies, and appearing in Christopher Guest mockumentaries. But lately she’s been receiving major buzz from her role as Tanya McQuoid in HBO’s The White Lotus. Just when you think you can’t get enough of this comedic actress, Coolidge joined TikTok with her first delightful post featuring her Shotgun Wedding co-star JLo.

All Jennifer Coolidge has to do is speak and fans will hang onto her every word like during her hilarious reading of “The Night Before Christmas” on Netflix. She can play a dolphin and people will buy tickets! The A Cinderella Story actress is one of the many celebrities who have joined TikTok and who better to cameo in this entertaining video than her Shotgun Wedding co-star Jennifer Lopez? Take a look at the actress’s debut video below:

As you can see, Jennifer Coolidge made room for two Jennys as she gave her own short poetry reading of Jennifer Lopez’s iconic song “Jenny From the Block.” The camera then cuts to a stunned JLo saying, “I like that. I really, really like that.” The Marry Me actress wouldn’t be the only one who did as comments came pouring in welcoming their “queen” to the TikTok world. This video came out three days ago and she already has 1.7 million likes with 838,000 followers. If The White Lotus helped her popularity with today’s generation, TikTok will blow up her fan following.

Jennifer Coolidge’s latest film role is with Jennifer Lopez in Shotgun Wedding where she’ll play Lopez’s mother-in-law who along with the rest of the wedding guests is taken hostage during her son’s destination wedding. But don’t get too worried about Coolidge’s character as she has wild gunfights to better protect her family. Shotgun Wedding’s critical reviews may not have been overall positive, but the two Jennys have received plenty of standout praise for their roles.

Jennifer Coolidge and Jennifer Lopez received positive reactions from TikTok users and critics for their new movie together. The praise for these two talented actresses is sure to continue in any project they work on next. You can check out Shotgun Wedding on your Amazon Prime subscription on January 27th.